Rebecca Adlington 'is in lockdown with her ex-husband and boyfriend'

Rebecca Adlington is reportedly living with her ex-husband and her boyfriend during the coronavirus lockdown.

It has been claimed that the Olympic champion, 31, invited ex Harry Needs, 28, to move into the home she shares with partner Andrew Parsons, so he can be closer to their daughter Summer, four.

Rebecca and Harry split in 2016 after 18 months of marriage, and the swimmer went onto reveal she was dating property manager Andrew in 2018. 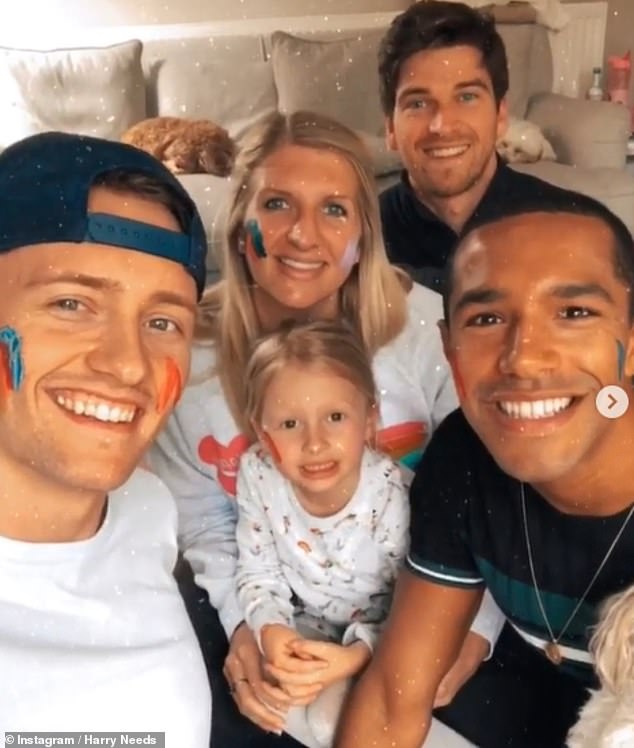 Sources told The Sun that Harry also brought along his close friend, competitive swimmer Michael Gunning, 26, to move into the house, and despite it seeming odd from the outside, they’ve been getting on well.

They said: ‘Their arrangement is very amicable and they’re doing what’s best for Summer.

‘They still get on really well despite their split, so why not? And Harry’s friend Michael is close with the others too.

‘They’re all really enjoying each other’s company and, what with their shared interest in swimming, it was a no-brainer.’ 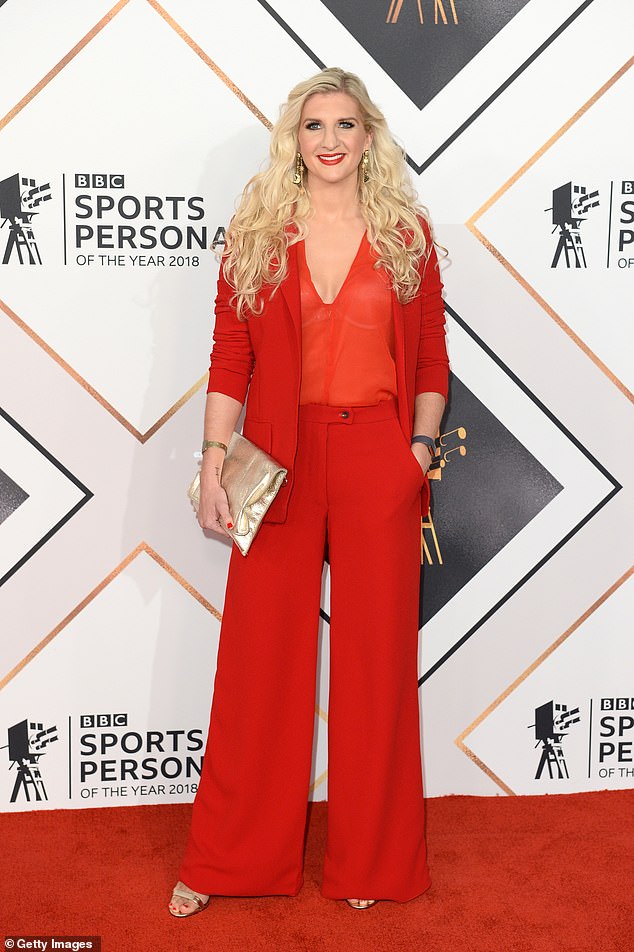 Friendly: It has been claimed that the Olympic champion invited ex Harry to stay with them so he could stay closer to their daughter Summer (pictured in 2018) 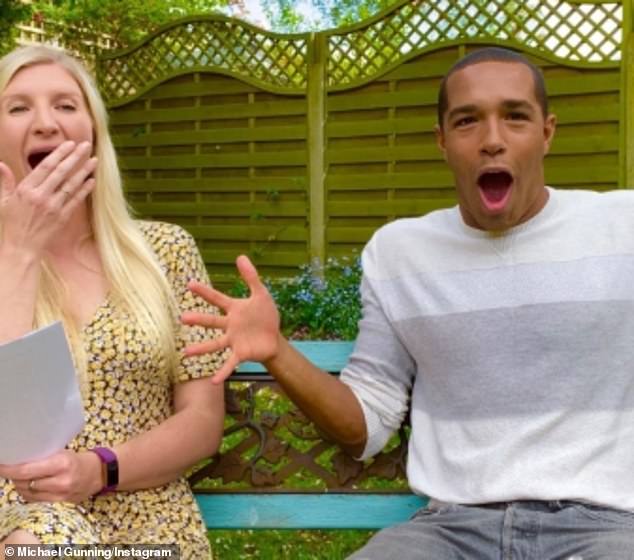 Close friends: Rebecca and Michael, a Jamaican swimmer, have posted videos together during their time in quarantine

Harry shared a glimpse of the new domestic set-up in a selfie with Rebecca, their daughter, Andrew and Michael last week, writing: ‘Couldn’t wish to be stuck at home with a better bunch of people, so glad my bestie had a birthday to remember.’

Michael – himself a competitive swimmer – also appeared on MTV’s The Bi Life in 2018.

MailOnline has contacted representatives for Rebecca Adlington for comment.

Rebecca first confirmed her romance with Andrew in December 2018, marking her first relationship since her divorce from Harry two years earlier.

Their relationship first hit the headlines when they attended The Wanted singer Tom Parker and Kelsey Hardwick’s wedding together in July. 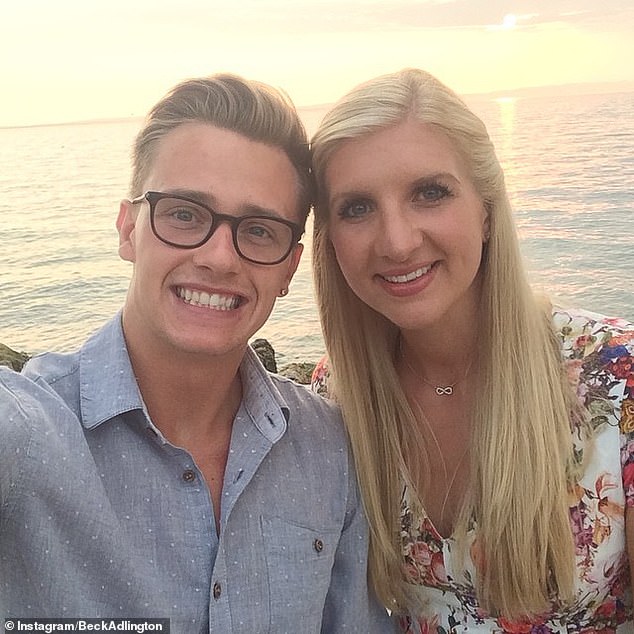 Over: Rebecca split from Harry in 2016 after just 18 months of marriage, but they have stayed on amicable terms 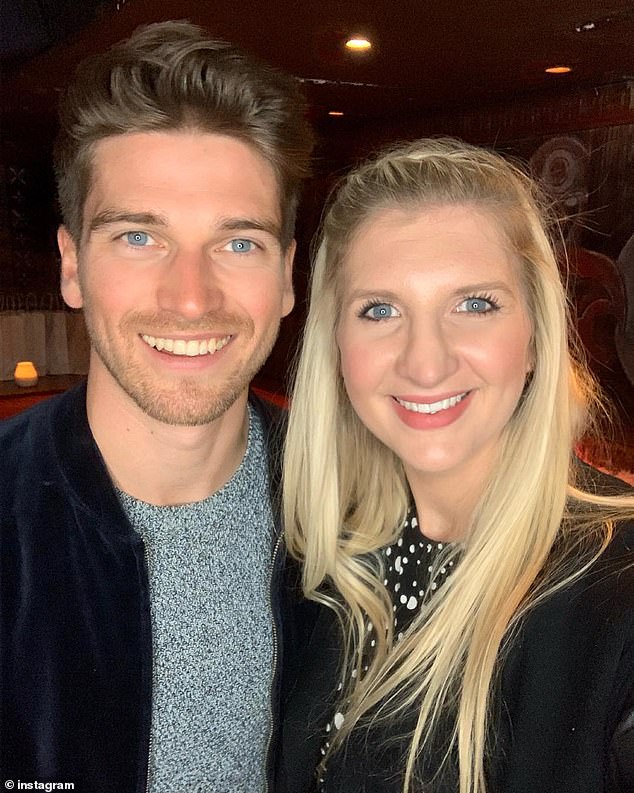 Rebecca recently revealed her daughter Summer and Andrew get on ‘really well’, even if her child is too young to understand the concept of boyfriends and girlfriends.

She told OK! magazine: ‘They really get on – it’s cute. Summer doesn’t really understand what husbands and boyfriends are but she says, ”Mummy and Andy kiss!”‘

Former I’m A Celebrity star Rebecca also touched on her friendship with her ex-husband Harry.

Despite splitting after less than two years of marriage, she insisted to the publication: ‘I’m so grateful that we’ve remained close; he’s a fantastic dad. I think the reason we get on so well is because Summer comes first for us.’ 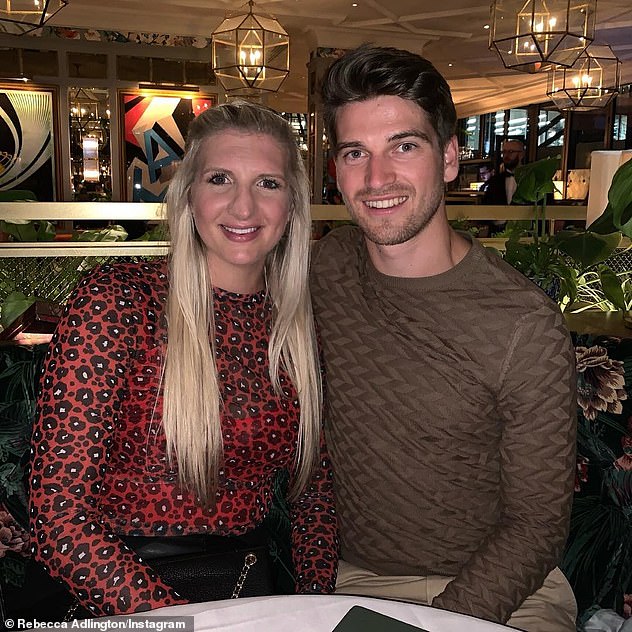 Smitten: The I’m A Celebrity star also said Andrew and her daughter Summer get on ‘really well,’ even if her child is too young to understand the concept of boyfriends and girlfriends