Reese Witherspoon, 45, shares love for eldest son Deacon, 17, with glowing photo: ‘The way he looks at the world inspires me everyday’

She has played a plethora of roles during her illustrious career as a leading lady in Hollywood that began back in 1991 when she was just 15-years-old.

But on Saturday Reese Witherspoon was more than happy to slip into the role of proud and adoring mother to her son Deacon Phillippe.

And she showed her love and affection for her oldest boy when she shared an adorable photo of herself posing alongside the 17-year-old, who’s a look-alike for his father, actor Ryan Phillippe. 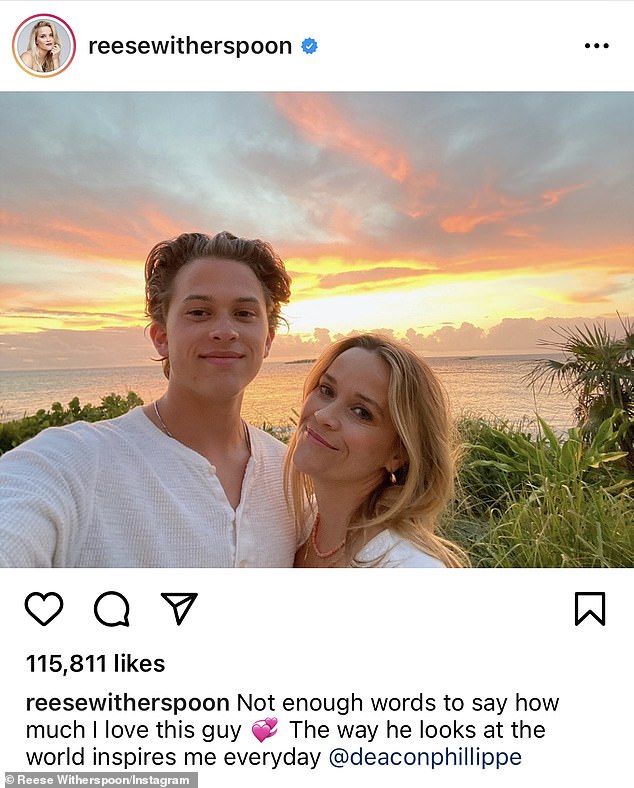 Random act of family love: Reese Witherspoon, 45, paid tribute to her oldest son deacon, 17, on Instagram and Twitter on Saturday

And as most of her millions of fans know: the Academy award-winning actress and mother of three loves to gush over her kids on social media.

‘Not enough words to say how much I love this guy,’ Witherspoon wrote in the caption of her latest family love letter.

‘The way he looks at the world inspires me everyday @deaconphillippe.’ 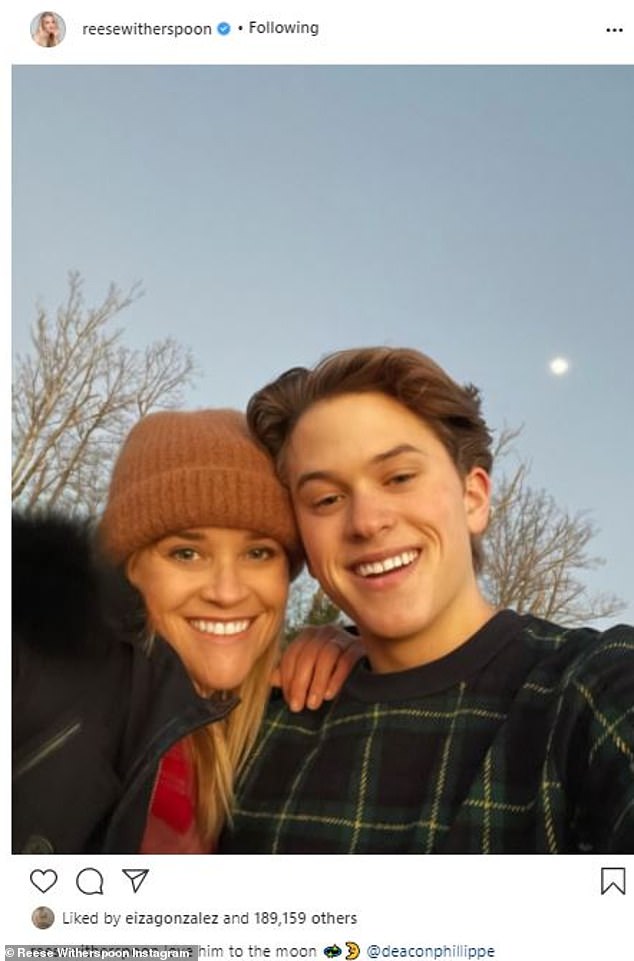 More love: Witherspoon said she loved Deacon ‘to the moon’ in a social media post in January 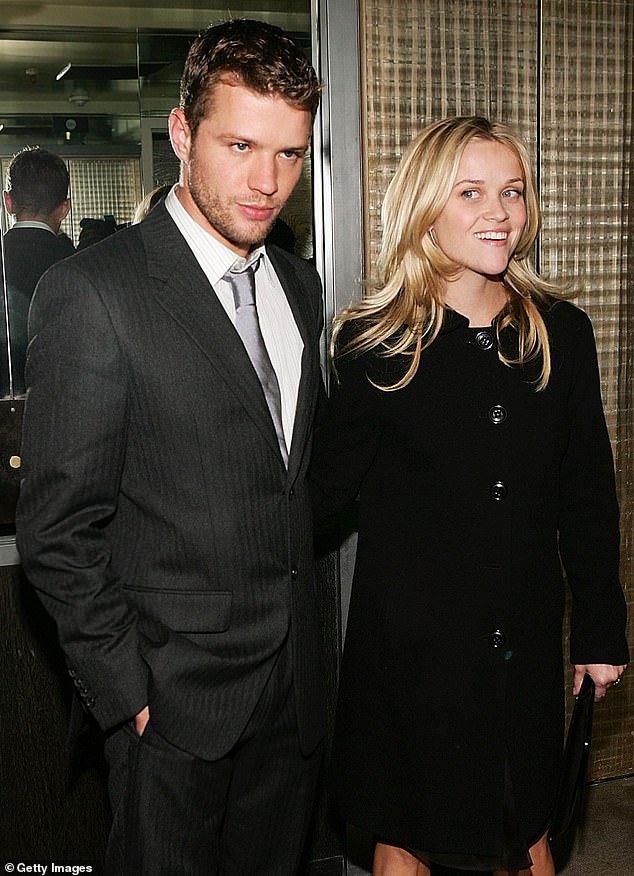 Dead ringer: Deacon is a look-alike for his father, actor Ryan Phillippe, whom his mother divorced in 2007 after about seven years of marriage; the former couple are pictured in 2006

The selfie photo showed Deacon with his arm around his mother, who’s flashing a big glowing smile with an incredible sunset as the backdrop.

Back in January, The Morning Show star randomly decided to share some love for her son on Instagram

‘love him to the moon @deaconphillippe,’ she wrote in a post back on January 21 that was another mother-son snap. 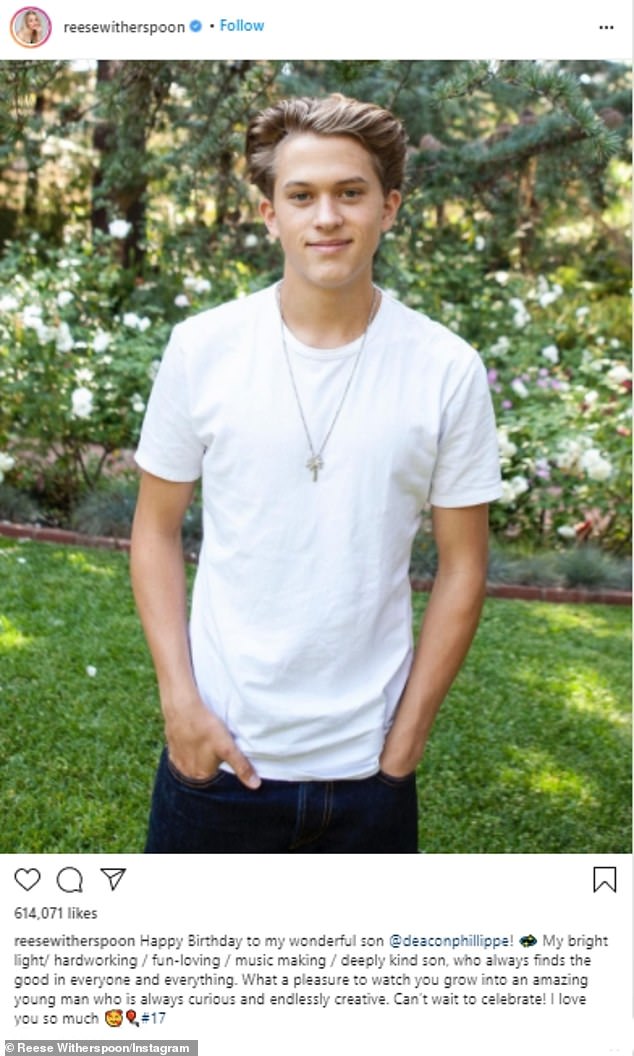 Love fest: The Oscar-winning actress also gushed over Deacon when he turned 17 in October

She also shared some more lovely words for Deacon on social media when he turned 17 this past October.

‘Happy Birthday to my wonderful son @deaconphillippe! My bright light/ hardworking / fun-loving / music making / deeply kind son, who always finds the good in everyone and everything,’ she gushed in photo of Deacon.

‘What a pleasure to watch you grow into an amazing young man who is always curious and endlessly creative. Can’t wait to celebrate! I love you so much.’ 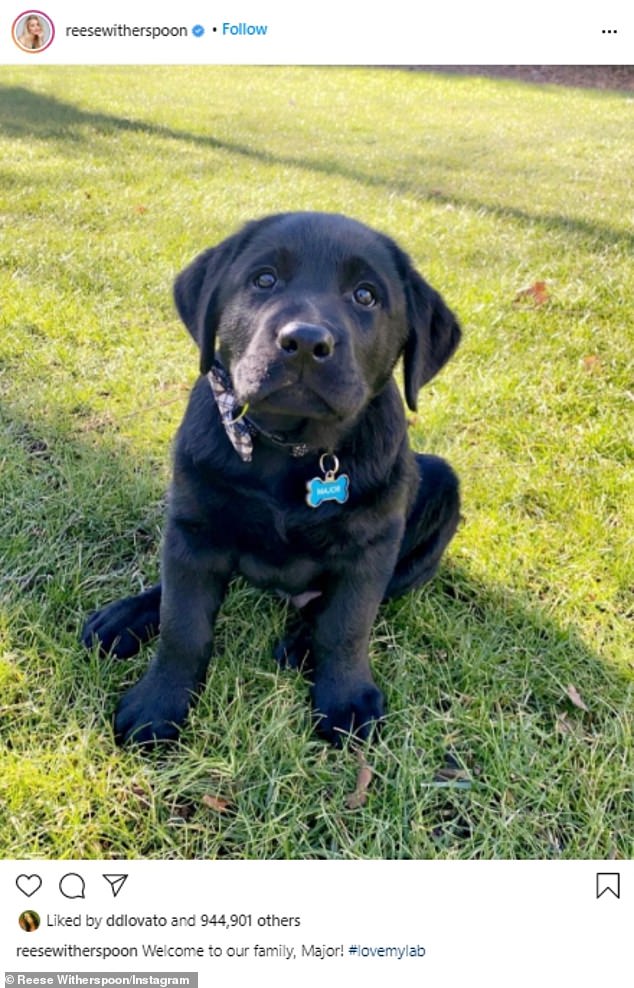 Four-legged family members: Even the family’s new black Labrador Retriever got a shout-out when he joined the family in January 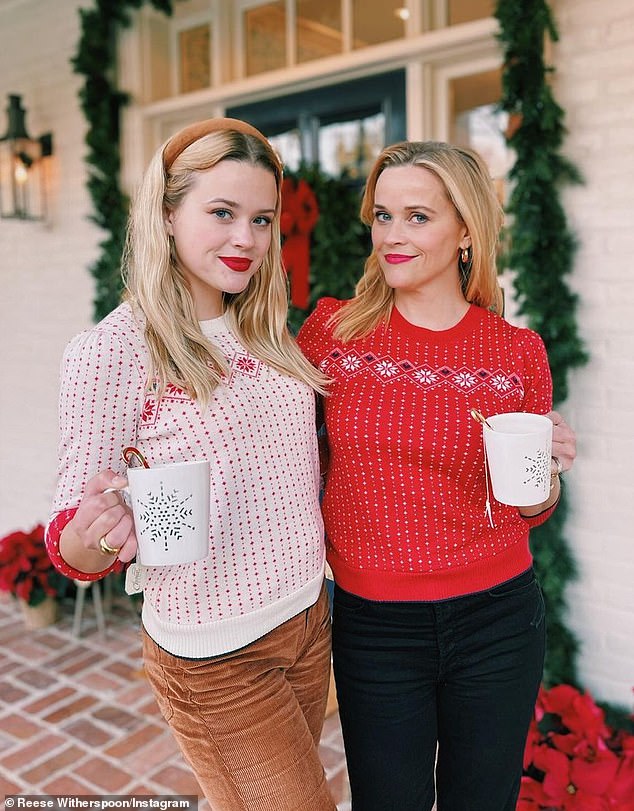 This has been a time of celebration for Witherspoon over the past couple of weeks.

She and husband Jim Toth marked a milestone on March 26 with their 10th wedding anniversary.

Just four days earlier she and her family came together for her 45th birthday.

The love on social media even stretches to the four-legged family members, as seen when she welcomed their new black Labrador Retriever, Major, to the family on January 15.

Witherspoon is also a proud mama to look-alike daughter Ava Phillippe, 21, and to son Tennessee Toth, eight, from her marriage to Toth. 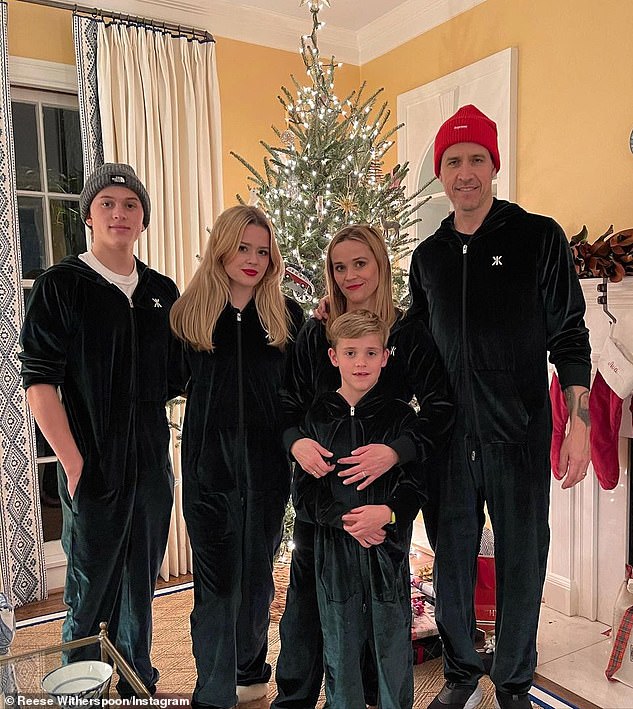 Celebratory: In late March Witherspoon celebrated her 45th birthday and 10 years of marriage to husband Jim Toth; the family are pictured over the Christmas holidays this past December