Report: 50 Cent Puts Wendy Williams on Blacklist Because of This

As for Wendy, she reportedly thought that blocking her from entering the party and and bragging about it ‘was a totally disrespectful move and Wendy wants nothing to do with 50 or his childish antics.’

AceShowbiz -The feud between 50 Cent and Wendy Williams is going stronger day by day. The rapper recently made fun of the talk show host for coming to his Tycoon pool party only to be denied access, bragging how he had put her on blacklist to any party he hosts. A new report details how Fofty felt about his enemy coming to his bash.

“50 wanted nothing to do with Wendy at his party,” a source reveals to HollywoodLife.com. “He wanted her to never even make it in and didn’t even expect her to be at the door to attempt to get in.”

According to the insider, the “In Da Club” rapper “doesn’t want to be associated with her and that is why he always goes after her on social media. She was never invited and never would be invited, she is the last person he would want to see at his party.”

However, things didn’t go his way at his recent party. Wendy, who arrived with her son Kevin Jr., had no issue going inside the packed pool party, which took place at BarCode, to meet her son’s idol Snoop Dogg. The daughter and son duo even took a snap with Snoop at the event.

As for Wendy, the 55-year-old author/TV personality was reportedly thinking that blocking her from entering the party and and bragging about it on social media “was a totally disrespectful move and Wendy wants nothing to do with 50 or his childish antics.” Additionally, Wendy allegedly had no idea that it was the “Candy” rapper’s party. “Wendy knew that 50 would be at the party but she wasn’t aware it was being hosted by him,” said the source.

“There were a lot of celebrities in attendance and Wendy just thought the party would be a fun way to continue celebrating [son] Kevin Jr.’s birthday,” the insider went on explaining.

Fofty previously mocked Wendy for coming to his party despite their longtime feud. He took to Instagram to share a video of the 55-year-old whispering something to her son before talking to someone who appeared to be a guard outside the party venue. “You can’t just show up to my PARTY if you been talking about me. B***H wait outside,” Fofty wrote in the caption. 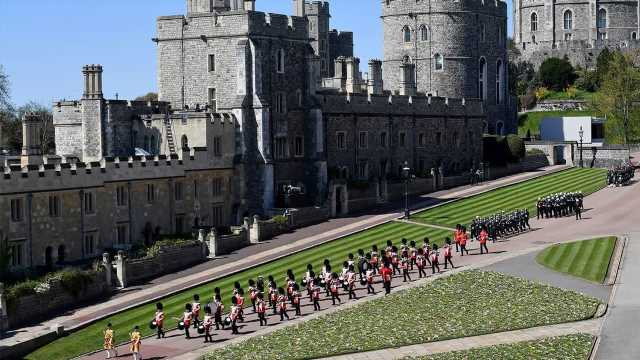