Kyle Richards is throwing shade back at her former The Real Housewives of Beverly Hills co-star Lisa Vanderpump. The reality TV stars have taking jabs at each other over the years following Vanderpump’s exit from the franchise. While promoting the new season of Vanderpump Rules, the restauranteur seemingly confirmed that Richards had been gossiping about Erika Jayne and her husband’s financial issues. After the report, Richards clapped back with an epic response.

What did Lisa Vanderpump say about Kyle Richards?

Vanderpump never seizes on an opportunity to throw shade at her former RHOBH co-stars whenever asked about them during interviews. The big storyline of the current season is Jayne’s divorce from her husband and the financial troubles they are facing following embezzlement charges on Tom Girardi.

Camille Grammer recently revealed on Twitter that a housewife was already gossiping about the Girardi’s financial issues at Andy Cohen’s baby shower. Although Grammer never revealed the name of the housewife supposedly making these allegations, some people pointed in Richards’ direction.

When Vanderpump was interviewed by Daily Mail TV she was asked about Grammer’s assertion and it wasn’t long before the blame landed on Richards’ lap.

“Could it be someone that you used to be friends with, you aren’t friends with now, the swans don’t like and maybe you kicked out of your kitchen?” the reporter questioned.

Using her British humor to threw shade, Vanderpump said, “Yes, it could be the person that Ken kicked out of my house.”

She then added, “It didn’t surprise me when Camille told me that it was Kyle that had told her the gossip about her supposed friend Erika Jayne. That’s how Kyle works.”

Vanderpump also said that she herself had doubts about Jayne’s money but she was in belief it was all her own money.

As the news was fresh, Andy Cohen couldn’t help but to get messy and ask Richards about what Vanderpump had asserted. When Richards made an appearance on Watch What Happens Live, the question was asked and the Halloween Kills couldn’t help but mock Vanderpump’s accent.

“First of all, everyone who knows her texted me and said, ‘What a joke,’ including people involved in this,” Richards told Cohen.

Richards then added, “I’m willing to respond to that in a classic LVP manner. ‘I mean, Andy, I would never say something like this ever.’ But one could argue, perhaps, it may be her memory is fading along with her relevance because he wasn’t even at the baby shower. But I would never say something like that. You can think about that. But I’m just saying.”

After Richards’ response to Vanderpump, it is safe to say there’s no turning back and amending things between the former co-stars. Back in 2020, Richards said she didn’t regret confronting Vanderpump about the puppy-gate incident that ultimately ended their friendship. 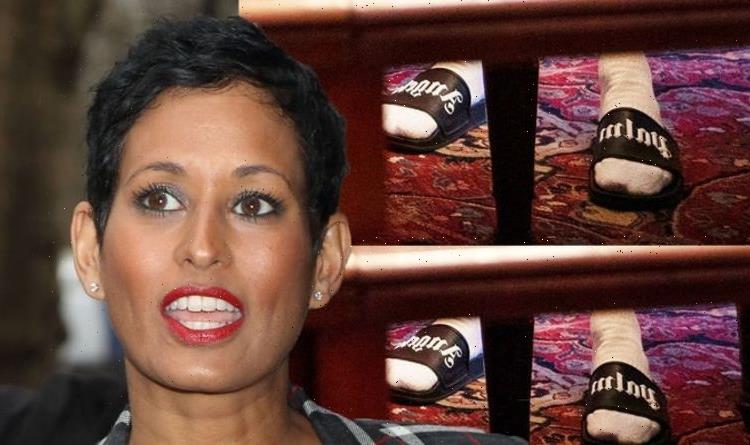