Richard Hammond, 50, was less than impressed with his co-star from both Top Gear and The Grand Tour, James May, 57, for “ruining” their new venture into cocktail making in celebration of World Gin Day, which takes place tomorrow. The pair appeared together over a live video call on FoodTribe’s YouTube channel, which was established by the duo and their fellow co-host Jeremy Clarkson, 60.

Although the presenters seemed excited to try out a new skill in lockdown, they quickly encountered an issue when Richard realised James had dismantled the blender he needed to use to prepare their selection of beverages in order to send it to him in the post.

Explaining his blunder, James admitted to Richard: “The small issue is in order to make the gin cocktail which our expert Emma Stokes is going to talk to us about, you need a food blender in order to smash up strawberries, ice, rosé, gin, lemon juice and sugar and a few things like that.

“Now, I sent one to Hammond because he didn’t have one but for some strange reason I dismantled it before I sent it off, giving Hammond the job of putting it back together before we enjoy the gin cocktail.

“I also have a problem because having sent that blender to Hammond, the one I have, which I’ve had for about 20 years, has just broken, so I’m reduced to a stick blender.” 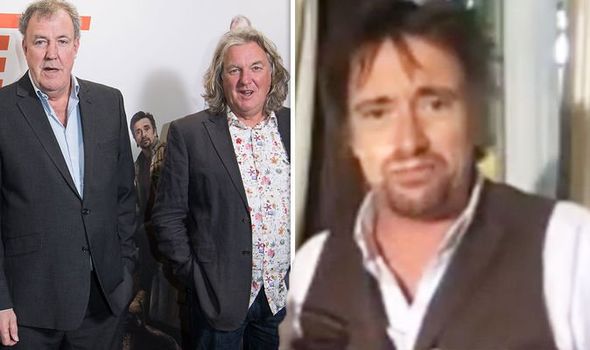 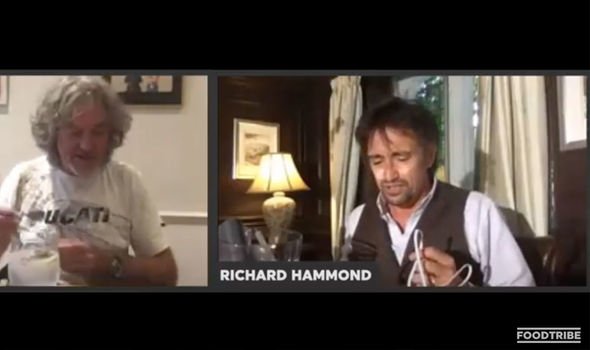 Following James’ admission, Richard could be seen looking perplexed as he removed sections of the blender from his parcel.

James then chimed: “Have you got your dismantled food mixer, Richard Hammond?”

Hitting back at his co-star, Richard fumed in response: “You total a**e!

“This was going to be just fun, it was going to be, yeah we can try a gin cocktail and maybe you can look at some messages that people can send into us and you’ve ruined it, look at it!” 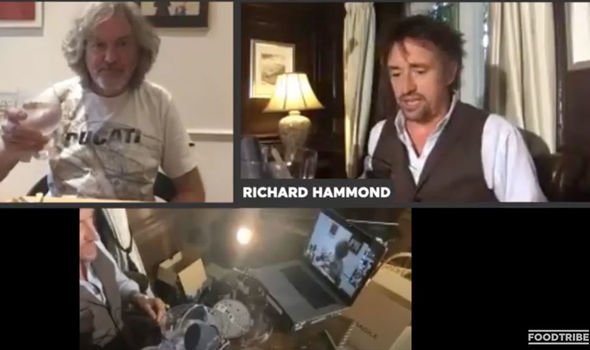 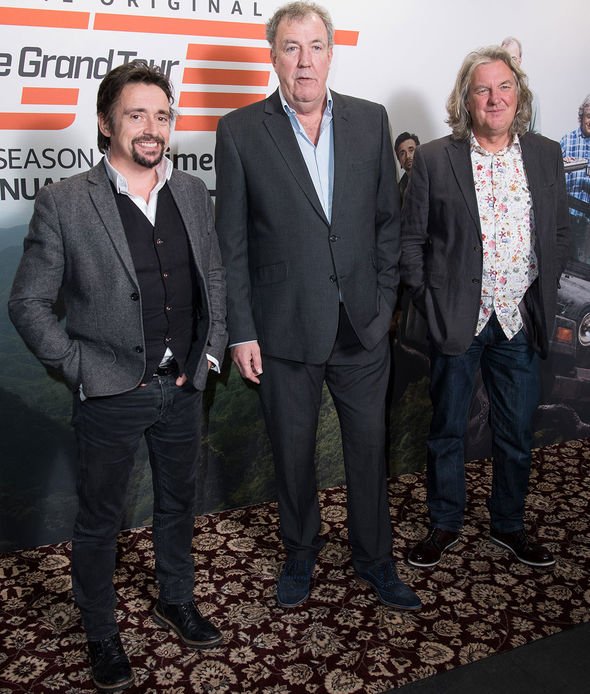 Trying to defend his actions, James responded: “It’s not as complicated as it seems.”

“You’re going to talk me through how to do this,” Richard insisted.

Fortunately, in spite of the initial hiccups, the pair went on to successfully make their cocktails with the help of gin expert Emma, who joined the video call later on.

Elsewhere, Richard and James’ co-star Jeremy has spoken out about a “tricky” situation the trio faced while trying to secure guests for Top Gear on George Nicole’s new podcast The Drive Through.

Reflecting on his time hosting the BBC show, Jeremy said: “You have production meetings. James sits playing Sudoku on his phone, and then everybody else lobs ideas around. What shall we do?

“Because you’re having to do three or four films per week. In the early days, it was dead easy thinking of madcap ideas.

Jeremy went on to discuss: “But there comes a time after 15 or 16 years when actually, you’ve done everything.”

The journalist shared: “And so, the production meetings became more tricky.

“We started to realise guests are always tricky to get hold of and particularly on a show that was transmitting several weeks after,” he stated.

“So, if they’re promoting a film or a book, which is almost always why a guest goes on a show, they’re unwilling to come on because they’re not promoting something that’s happening eight weeks down the line.”

Jeremy added: “So guests were tricky. Thinking of ideas was becoming tricky.”

James, Jeremy and Richard left Top Gear in 2015 and moved on to host Amazon Prime’s The Grand Tour together the following year.