Richard Madeley cracks open a bottle of Corona beer at 4.30pm as he marks the first national lockdown anniversary

Richard Madeley marked the first anniversary of the national lockdown in novel fashion as he enjoyed an al fresco Corona beer.

The presenter, 64, soaked up the sun as he lounged outside his London home while reading a book on Tuesday.

Getting happy hour started early, the writer was already halfway through his tipple by 4.30pm as he relaxed in the the pleasant spring weather. 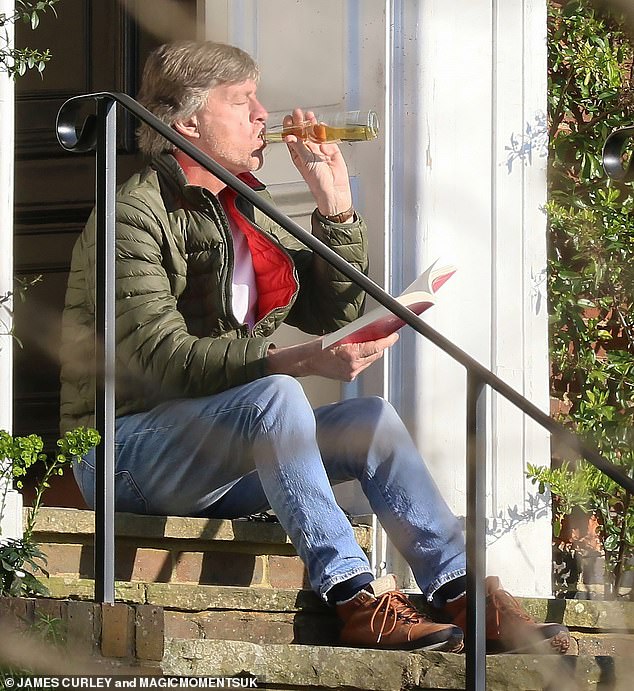 One year on: Richard Madeley appeared to be in great spirits as he enjoyed a bottle of Corona beer outside his house in London to mark the first anniversary of lockdown on Tuesday

Richard did not comment publicly on the anniversary of the first national lockdown, after he previously caused controversy for calling the stay at home orders ‘pointless’.

Meanwhile, Boris Johnson led Britain in mourning the victims of coronavirus during a minute’s silence earlier in the day.

The Prime Minister, who contracted Covid-19 last year, paid a solemn tribute to the 126,172 dead in the Cabinet room of No10 at noon.

There is also a cross-party campaign for a minute’s silence every year on March 23 to remember the lives lost on the anniversary of the first UK-wide lockdown. 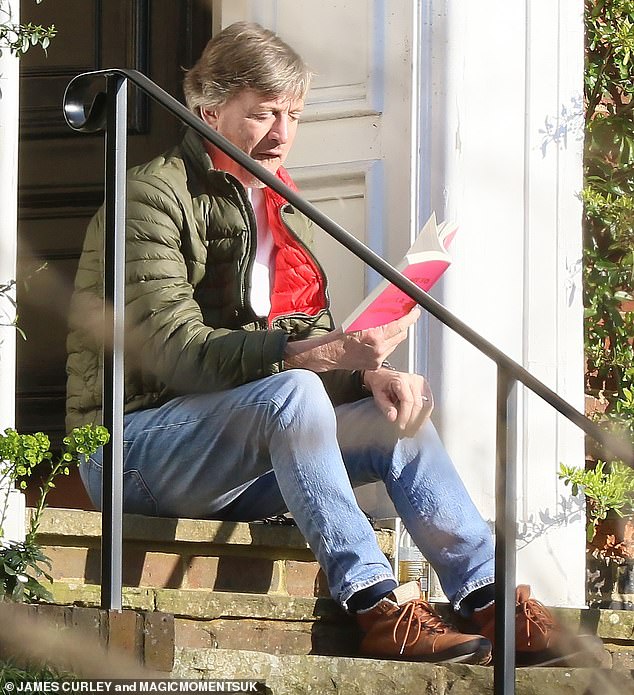 Enjoying a tipple: The presenter, 64, soaked up the sun as he lounged on the steps of his home while reading a book

The comments came after Richard angered Good Morning Britain viewers with his lockdown remarks in October.

The TV presenter said: ‘In the situation we are in now, I think that it is proving lockdowns are pointless…

‘It has turned out to be a game of hide-and-seek. Initially, when the first lockdown was introduced, people like me were in full support of it.

‘We were told it was going to protect the NHS and it did. In that sense, the lockdown worked. It saved lives. It protected the NHS. But job done now.

He went on to argue that there is ‘no point in running away and hiding from the virus’. 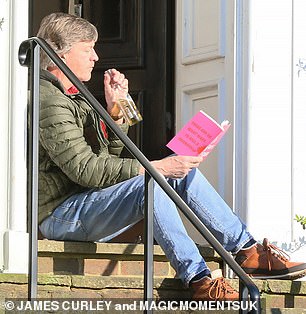 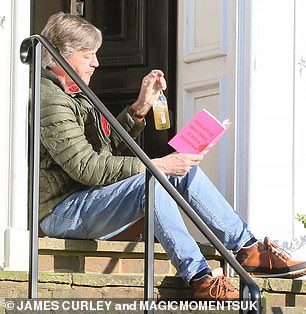 Soaking up the sun: He sported a light khaki padded jacket as he relaxed in the the pleasant spring weather one year on from the UK’s first day in lockdown 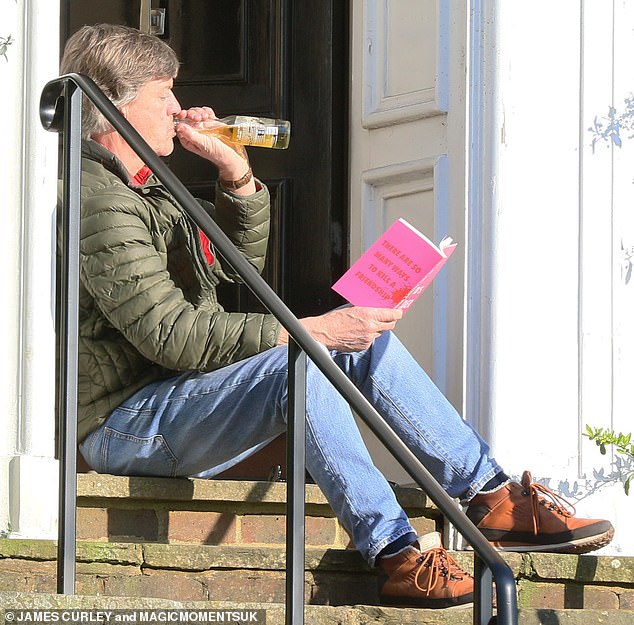 Light reading: Richard appeared to be enjoying his time outdoors in the sun as he held a pink book in his hand

Richard is famously married to presenter Judy Finnigan, and the couple have son Jack and daughter Chloe together.

Recently, Judy, 72, and husband Richard opened up about their 1986 wedding day and the surprise pregnancy with Chloe as they spoke to Giovanna Fletcher on her Happy Mum, Happy Baby podcast.

Judy said: ‘We got married as soon as we could, you were getting divorced and so was I so we had to wait for all that legal stuff to be out of the way but we got married in 1986 and our sort of relationship had started in 1983 and become stronger and stronger.

‘So we went ahead as I was in my mid 30s. Well by the time we got together I was beginning to be in my late 30s and I knew I wanted more children and so did you so we sort of went ahead and had Jack.

Richard added: ‘And we thought at our wedding day at Manchester registry office that, it was just family there, no friends, just family, we thought that there were just the three kids there, there was Tom and Dan and Jack.’

Judy woke up the next morning feeling ‘physically different’ and it was then she realised she was pregnant with Chloe – just months after welcoming Jack. 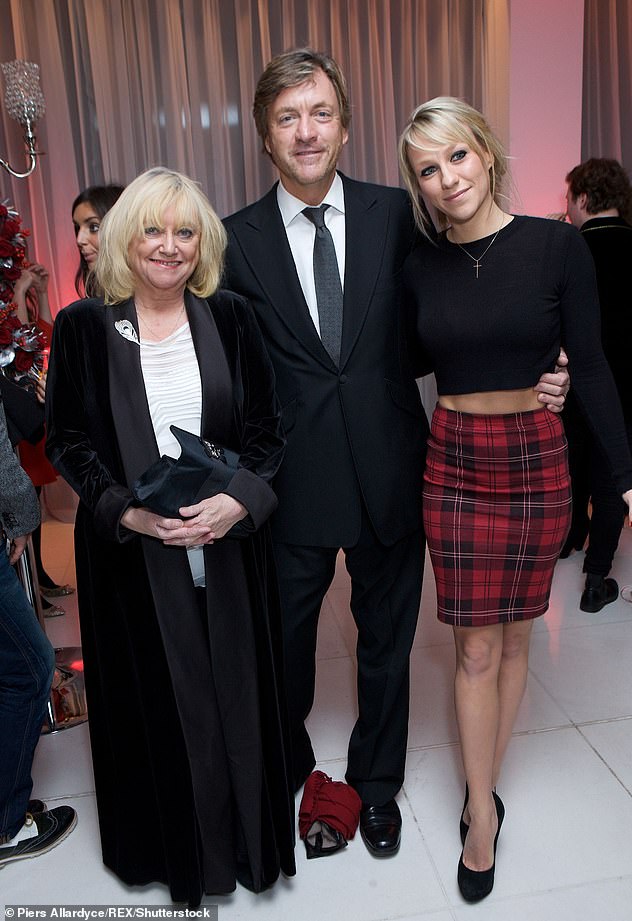 Family: Richard is famously married to presenter Judy Finnigan, and the couple have son Jack and daughter Chloe together (pictured in December 2013)