‘Sometimes you’ve got to separate the art from the d***head’: Robbie reignites his 20-year feud with Liam Gallagher… despite praising the ‘incredible’ singer

They’ve been at loggerheads since the late 1990s.

And it seems that Robbie Williams has reignited his feud with Liam Gallagher by branding the Oasis star a ‘d***head.’

The British hitmaker, 46, made the surprise comparison after praising Liam, 47, for being ‘incredible and iconic,’ around 20 years after the pair first fell out. 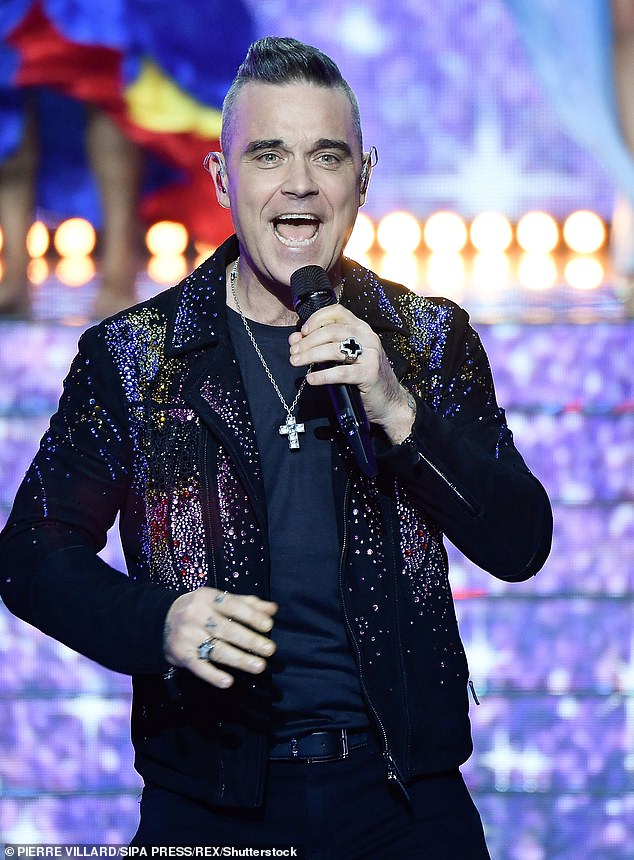 Savage: Robbie Williams has reignited his feud with Liam Gallagher by branding the Oasis star a ‘d******d’

Robbie told The Sun: ‘The thing about Liam is he’s incredible.

‘He’s an incredible singer — proper rock and roller. The world’s a better place for him being in it. He’s iconic.

‘Sometimes you have to separate the art from the d***head. And I can do that.’

MailOnline has contacted representatives for Liam Gallagher for comment. 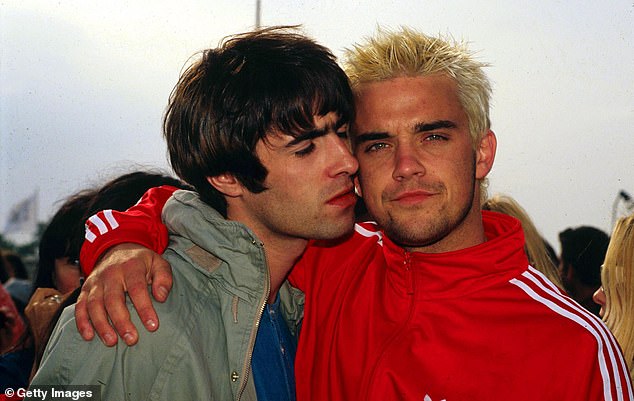 Brutal: The British hitmaker has been locked in a 20-year feud with the star, even though the pair were firm friends in the 90s (pictured in 1995)

Robbie’s playful dig is the latest in a lengthy feud between the two stars which dates back two decades.

But Liam, 46, and Robbie did start off as firm friends, having partied with the Oasis star’s brother Noel at Glastonbury in 1995.

Robbie then famously fell out with the brothers, after Noel, 50, described him as ‘that fat dancer from Take That.’ 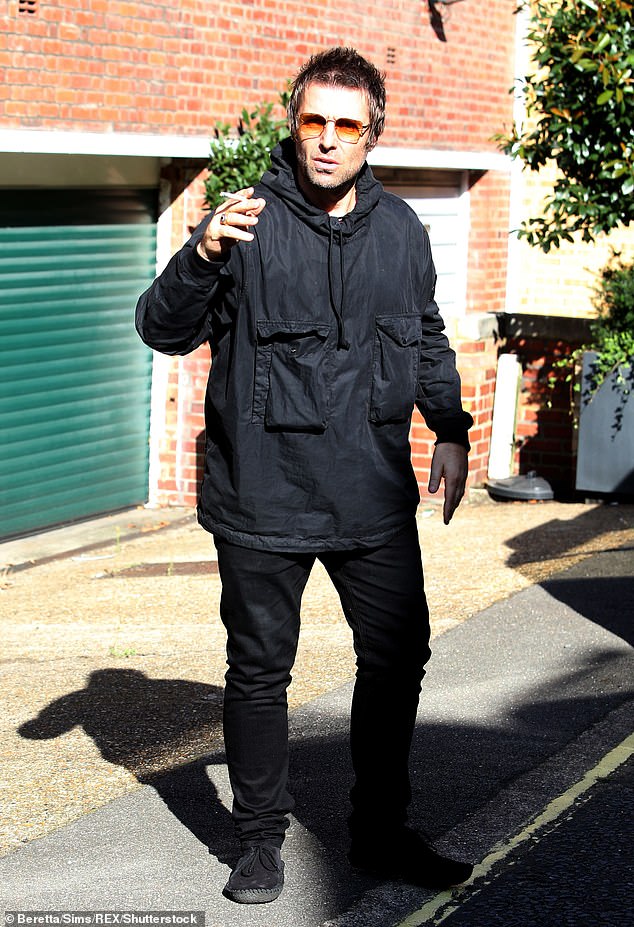 Hitting out: Robbie described Liam (pictured in September 2019)as an ‘incredible and iconic singer, but then added: ‘Sometimes you have to separate the art from the d***head’

And the bad blood continued in 2000, when Robbie challenged Liam to a televised boxing match during the Brit Awards.

Fast-forward to July 2011, and Robbie was clearly not over their long-running feud, suggesting Liam could go ‘lick his a***’ at one of his concerts at London’s Wembley Stadium.

In March 2019 Robbie also urged his fans to ‘roast Liam on Twitter’ at the end of his Las Vegas residency.

According to The Sun he said: ‘If you have enjoyed the show, I have been Robbie Williams.

‘And if you haven’t and you are upset about anything, I have been Liam Gallagher.

‘In fact, if you want to start a hashtag, you can put “#LiamGallagher was s*** tonight”, if you want.’ 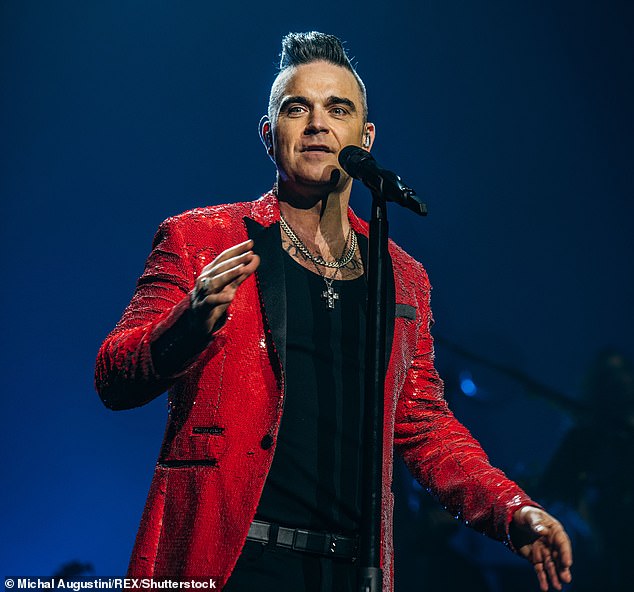 At odds: As recent as March 2019 Robbie reportedly urged his fans to ‘roast Liam on Twitter’ at the end of his Las Vegas residency