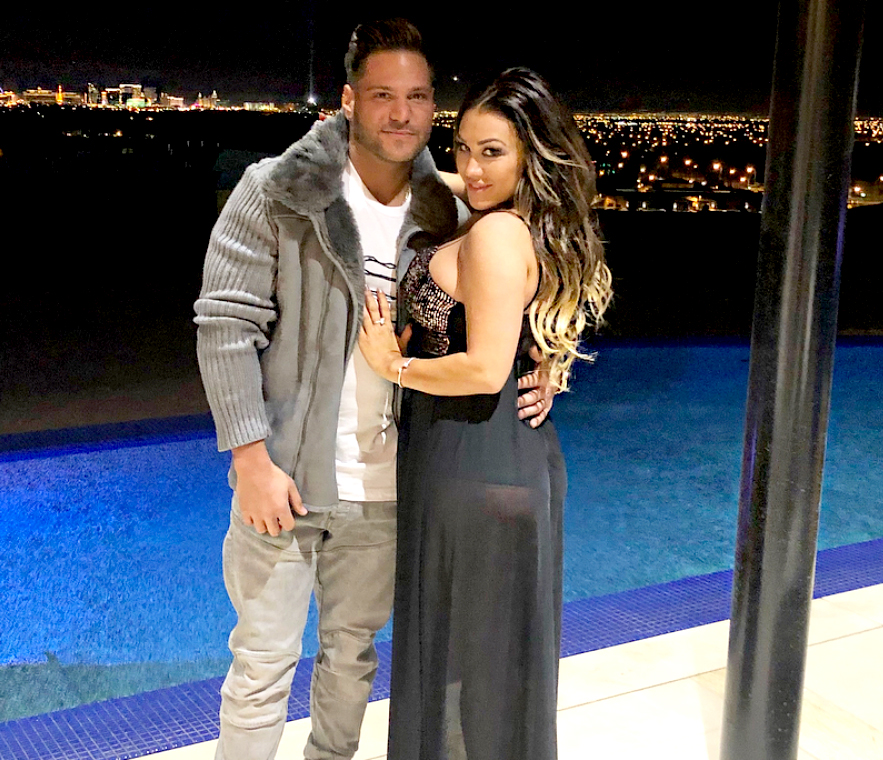 A source tells Us exclusively that Harley, 31, was taken into police custody for allegedly beating up the Jersey Shore: Family Vacation star, 32, and dragging him with a car. Her bail is set at $3,000.

The parents of daughter Ariana Sky, 2 months, have had plenty of ups and downs in recent months. They exchanged insults on social media in April and accused each other of cheating. They also appeared to get into a physical fight on Instagram Live at the time. They called it quits on their yearlong romance soon after.

“I want to apologize to my family, friends and fans,” the MTV personality said in a statement to Us on April 30. “This is a private matter that should have never been made public. I remain focused on my daughter and she is my No. 1 priority.”

The drama continued when Ortiz-Magro and his Jersey Shore costars headed to Sin City earlier this month to begin filming season 2 of Family Vacation. He and Harley got into a physical altercation there on June 7.

“Ronnie and Jen have been fighting over their daughter,” a source told Us at the time. “Ronnie has been filming the show in Vegas the last couple of days and Jen wouldn’t tell him where their daughter is. She showed up to the hotel where they were filming. Jen lunged, spit and shoved Ronnie. Hotel security got involved, who then called the Las Vegas police department.”

Us Weekly has reached out to Ortiz-Magro and Harley for comment.