Roseanne Barr, 67, claims coronavirus is a ruse to ‘get rid of all my generation’ by killing off rich boomers

She’s long been known for promoting outlandish conspiracy theories – from insisting 9/11 was an inside job to promoting the bizarre Pizzagate smear against Hillary Clinton and supporting anti-vaxxers.

Now, Roseanne Barr has come up with another – suggesting the coronavirus is simply a ruse to kill off rich boomers.

‘You know what it is, Norm? I think they’re just trying to get rid of all my generation,’ Barr, 67, speculated on Norm MacDonald’s new YouTube series Quarantined With Norm MacDonald on Sunday. 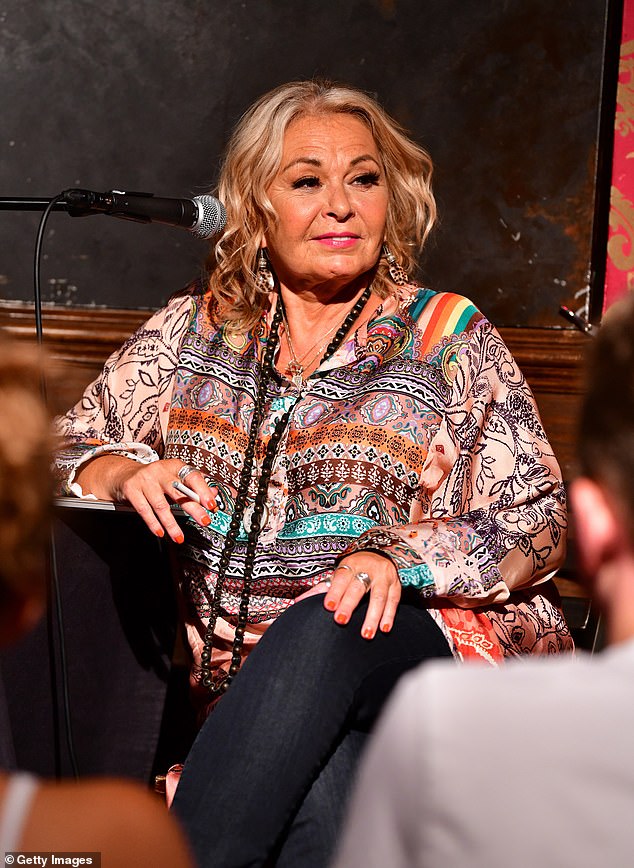 Conspiracy theory: Roseanne Barr claims coronavirus is a ruse to ‘get rid of all my generation’ by killing off rich boomers; she is seen in 2018

‘The boomer ladies that, you know, that inherited their, you know, are widows. They inherited the money, so they got to go wherever the money is and figure out a way to get it from people.’

Former Saturday Night Live star Norm, 60,  didn’t dismiss the idea, replying: ‘There’s so many boomers that have money and do no work. So if you got them out of society, that would be a good thriller.’

Trump-supporting Barr’s rebooted show was cancelled in 2018 when she likened Barack Obama’s top adviser Valerie Jarrett (who is black) to an ape on Twitter. 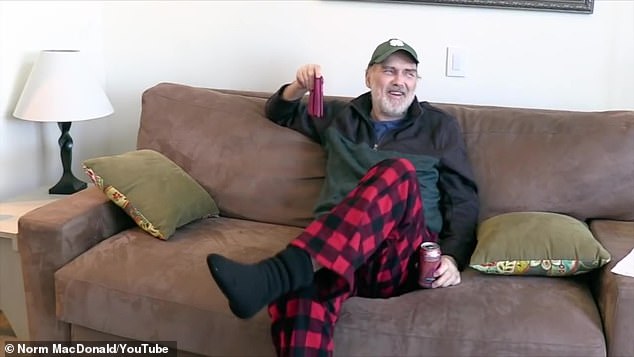 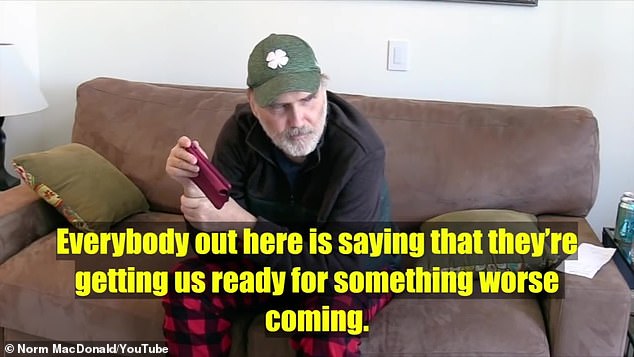 Also on MacDonald’s show, Barr said she is working on ‘the perfect lawsuit’ against all of Hollywood that would ‘f*** over everybody in the f***ing world over there.’

These range from calling the Boston marathon bombings a ‘false flag terror attack’, to wrongly tweeting that Chelsea Clinton is married to George Soros’s nephew, and the furiously denied notion that Soros is a Nazi ‘who turned in his fellow Jews 2 be murdered in German concentration camps & stole their wealth’.