Meghan Markle, Duchess of Sussex, is now English royalty, and with that noble title comes a lot of responsibility and a whole new set of rules. The duchess did have to follow a certain amount of royal protocol when she was engaged to Prince Harry, but the royal rules Meghan Markle has to follow now that she’s a duchess are even more extensive. Let’s put it this way: it’s a good thing Meghan’s a trained actress because she has a lot of memorizing to do.

It shouldn’t come as a surprise that Meghan has a new list of rules to follow. And it also shouldn’t be surprising that some of these rules applied when she and Harry first got engaged. Still, to us Americans, it may still seem foreign that she has a legitimate list of guidelines she has to adhere to now. After all, politicians in the U.S. don’t have a list of rules like this to follow when they’re on official outings or meeting the public. The royal family has lasted for years, however, by following its rules and sticking to tradition, while still leaving room for things to evolve (albeit slowly). So let’s go over the new rules Meghan Markle has to follow now that she’s officially a member of the royal family: 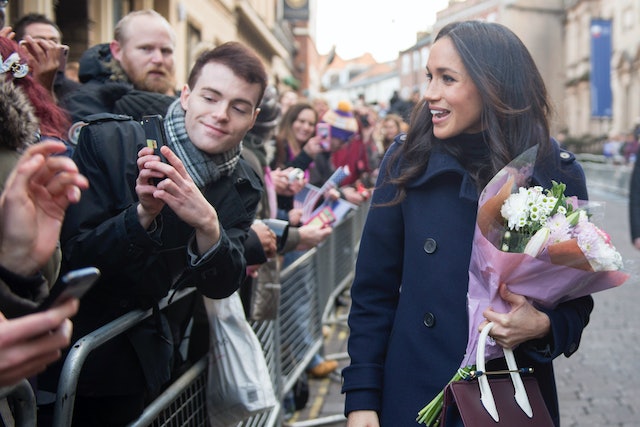 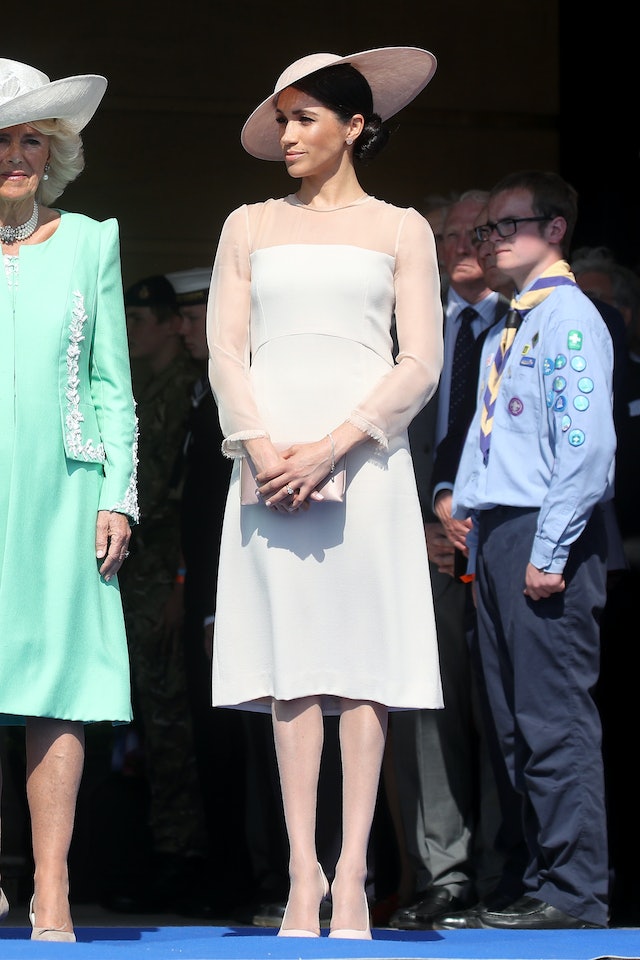 9. You don’t eat before the queen.

One of the oldest rules in the book is that if you’re at dinner (or any meal) with the queen, you don’t start eating until she does, according to Express.

10. You also don’t go to bed until the queen has gone to bed.

The same rule above applies to when good, ol’ Queen Elizabeth decides to turn in after a night out.

Etiquette expert Myka Meier said in an interview with People that Meghan will have to learn the traditional way of holding a cup of tea (if she hasn’t already). The proper form is apparently use your thumb and index finger to hold the top of the handle and use your middle finger for support. Huh, who knew?

12. Here’s a grim one… she has to travel with clothes suitable for mourning.

This rule reportedly started when Queen Elizabeth’s father died while she and Prince Philip were on a vacation. When they returned from the trip immediately following his death, she waited on the plane until proper black clothing could be brought for her to change into so she would be in the appropriate mourning attire. Now, members of the royal family always travel with mourning clothes in case a family member dies while they’re traveling. Dark stuff.

This one isn’t really a rule, more just a thing that happens when given an official title, but she won’t go by Meghan Markle anymore. It’s not clear whether Meghan took Harry’s last name (Mountbatten-Windsor) when they got married or if she stayed Meghan Markle, but her official title is Her Royal Highness the Duchess of Sussex, as well as Her Royal Highness Princess Henry of Wales. She can’t have the title of Princess Meghan because she’s not a blood relative of the royal family, so the only princess title she has has Harry’s real first name after it, but you’ll scarcely find anyone actually calling her by that title. The Duchess of Sussex is going to be the go-to.

You got all of that, Meghan?