Actor Ryan O’Neal, 79, was seen beaming for the camera as he was surrounded by his beloved family members, in their first gathering together since 2003. The Hollywood star was seen smiling while sitting on a chair with his walking stick at his side.

This is one of the most memorable photos of my life.

He wrote: “This is one of the most memorable photos of my life.

“The last time we were all together was at the 30-year Paper Moon Anniversary in 2003.”

He emotionally added: “I could cry tears of gratitude that everyone in this photo is still alive and that we were all able to come together again after so many years of hardship. 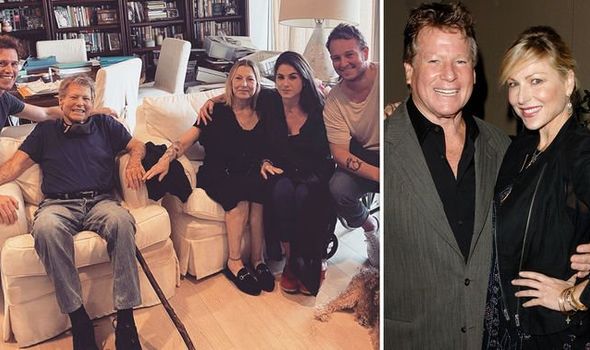 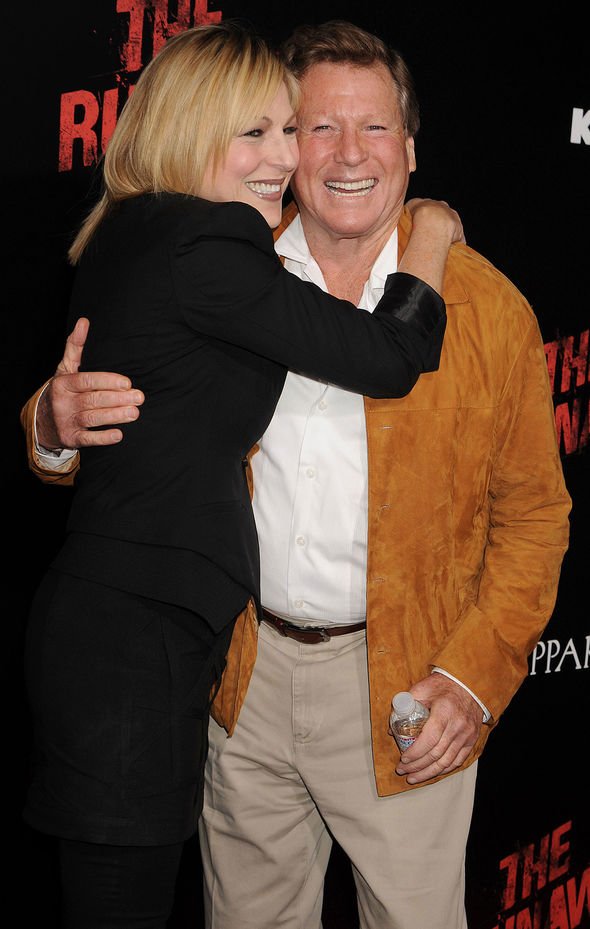 “The entire West Coast is burning, but if the O’Neals can reconcile, truly anything is possible #Reconciliation #Forgiveness #Wholeness #Love #FAMILY.”

Ryan was seen pictured alongside his daughter Tatum, grandson Sean and Tatum’s other children Kevin, 34, and Emily, 29.

Ahead of their reunion, the actor and his daughter are believed to have been estranged from each other for several years after a fall out.

In 2009, the pair reunited at his former partner Farrah Fawcett’s funeral. 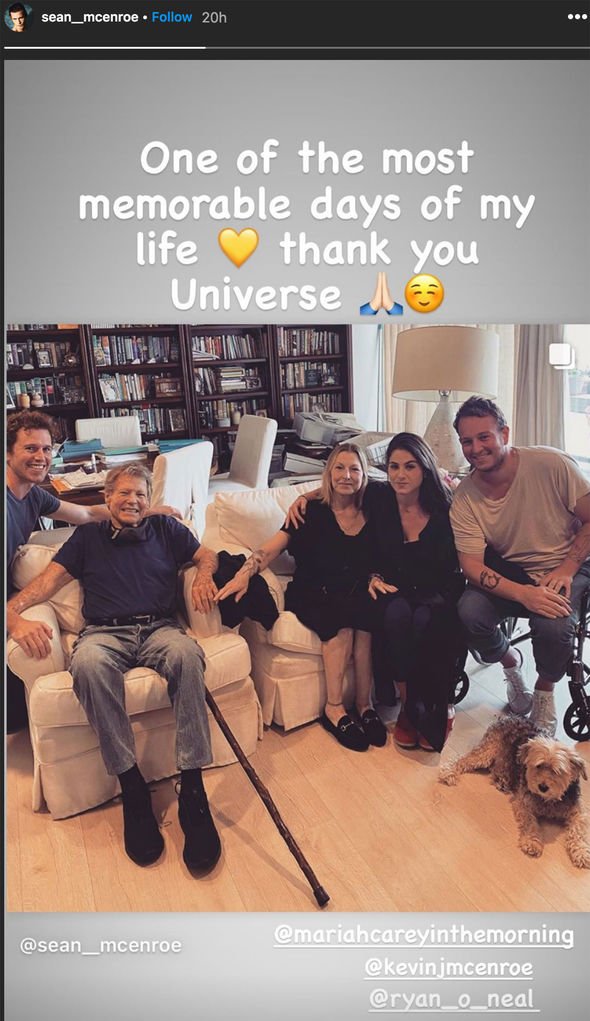 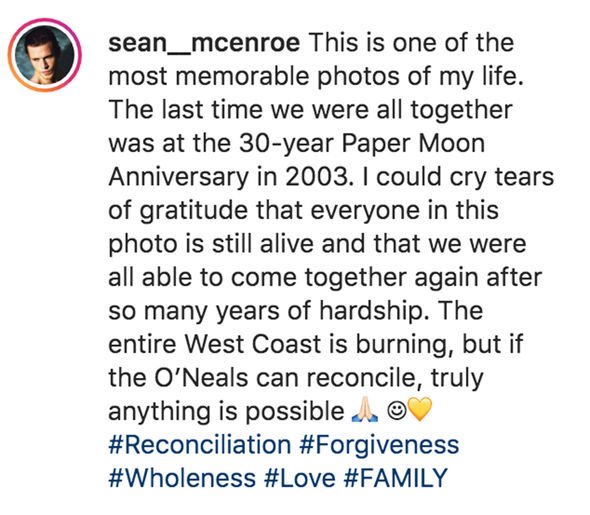 Ryan admitted he didn’t realise who Tatum was at the service until an awkward encounter.

He previously told Vanity Fair: ”I had just put the casket in the hearse and was watching it drive away, when a beautiful blond woman comes up and embraces me.

Two years later, the pair were seen together in the short-lived Oprah Winfrey Network series Ryan and Tatum: The O’Neals.

In the same year, Ryan underwent a knee replacement after a rehearsal for Dancing With The Stars.

He was unable to compete on the show as he needed to recover, but told fans he will be back to win the show.

In 2018, Tatum insisted she had fallen out with her father again after she made a plea on television.

During an interview on Megyn Kelly Today, she said “forgiveness is the best policy” as she called for a reunion.

She said: “I want to say to my dad, if you’re watching this, I love you. I’ve always loved you and forgiveness is the best policy.”

“I don’t want to hold on to anger and resentments. I want to have a free, happy and guilt-free life.

“My dad did a lot of good for me and I have to just respect his life and his process.

“Maybe someday he and I will have a moment where we [reconcile],” she added.