Ryan Philippe’s Son Deacon, 17, Is Taller Than Him As They Workout Together In L.A.

They grow up so fast! Ryan Philippe and Reese Witherspoon’s son Deacon is already taller than his dad at the age of 17.

Cruel Intentions star Ryan Phillippe, 46, stepped out for a hike with his 17-year-old son Deacon Phillippe — and the teenager is already taller than him! Ryan’s mini-me, whom he shares with ex Reese Witherspoon, 45, was seen rocking a grey Nike tee with black gym shorts as he worked out with his dad in Los Angeles on May 12. The up-and-coming singer, who has dropped collabs with the likes of Nina Nesbitt and Loren Gray, also wore grey sneakers and white socks. 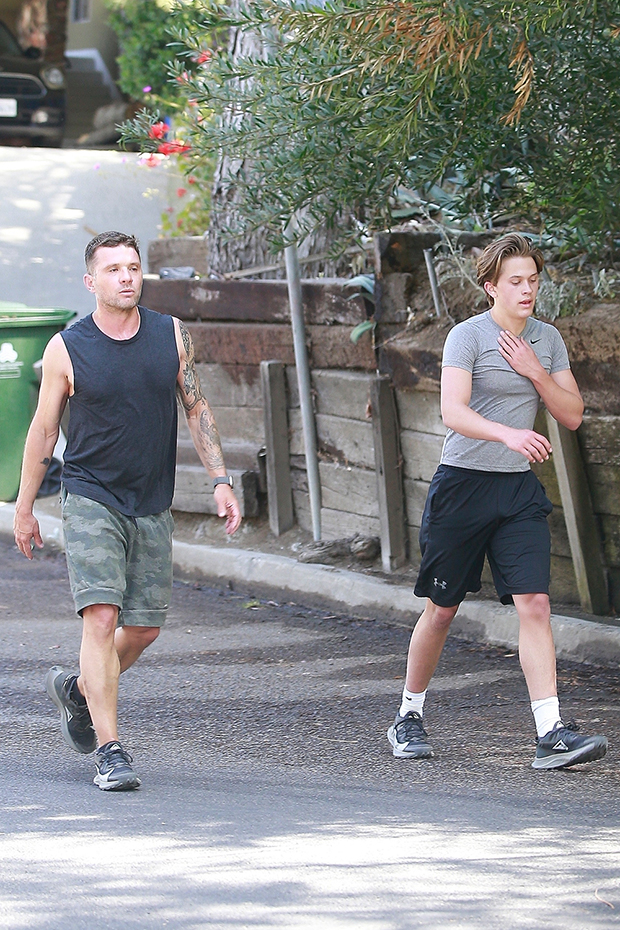 Meanwhile, his dad cut a casual figure in a grey tank top, camo-print shorts, and grey trainers. Deacon, who dropped his last name for his professional stage name, proved he’s the spitting image of his mom with sandy blonde hair and similar facial features. Just a few weeks ago, the Legally Blonde star shared an adorable selfie with him. “Not enough words to say how much I love this guy,” Reese wrote in her April 3 caption.

“The way he looks at the world inspires me everyday @deaconphillippe,” she added. In the photo, the pair snuggled close as a stunning orange, pink and yellow sunset was illuminated behind them. “I love you mom!!” Deacon replied in the comments. The mom-of-three kept her blonde hair straight as the duo twinned in white shirts. Kamala Harris‘ niece Meena called the two “twins,” and added two heart emojis while actress Viola Davis wrote, “Cutie PIE!!” Jameela Jamil declared the mother-son duo have “The exact same face!!!!” and former View co-host Candace Nelson commented, “He’s a dream!” 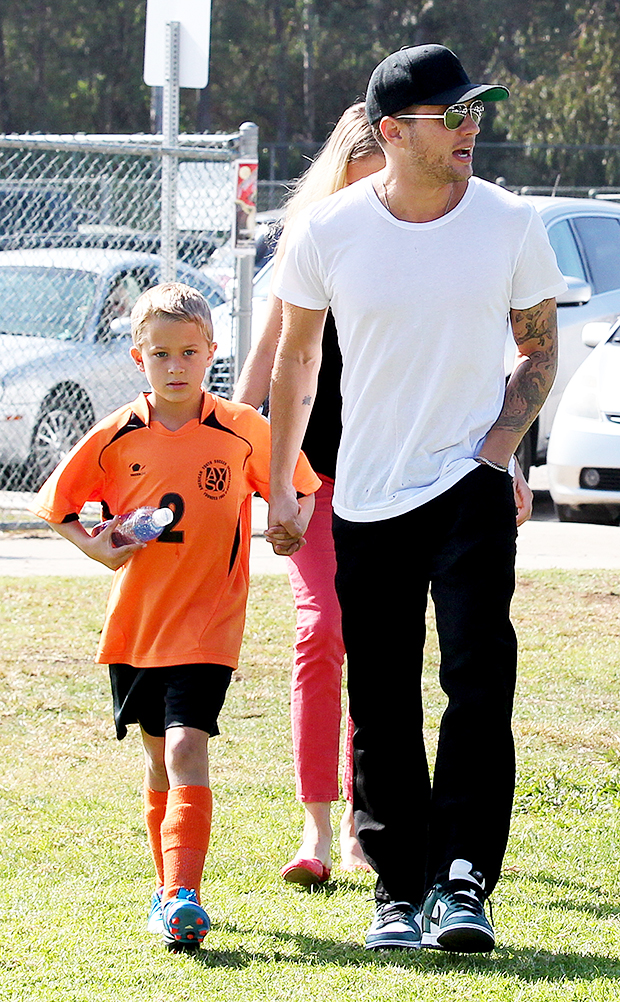 Reese recently updated her fans on Deacon’s musical pursuits, and shared a post in the summer of 2020 after he dropped his first single “Long Run”. “Song of the Weekend!” the actress declared. “I think they call this a Bop or is it a Banger? A Bangin’ Bop? Help me out @deaconphillippe… Check out #LovefortheSummer,” she added, later posting a video of herself jamming out to the tune. So sweet!