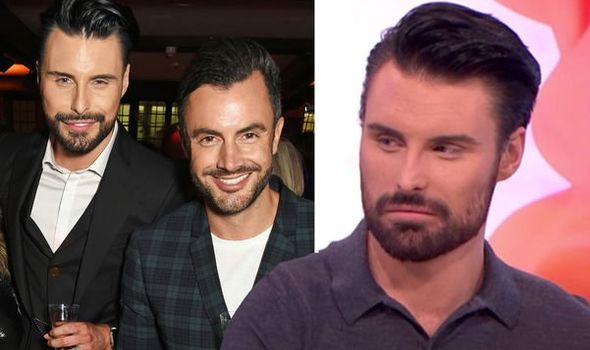 Rylan Clark-Neal took a career break earlier this year amid speculation he was having marital issues. Following this, he released a statement in June to set the record straight. He told The Sun: “Following reports about Dan and I spending time apart, I feel I have to speak out – as the way it is being reported is unfair.

“I have made a number of mistakes which I deeply regret and have inevitably led to the breakdown of our marriage.”

He added: “I have taken time away from work as I am not in a good place at the moment and am seeking help.”

The presenter went on to say he was taking each day at a time and thanked his fans for their support.

Now, a source has claimed the pair will be getting a divorce after failing to make their marriage work.

A source told Mail Online: “Things were looking so good, like they were back together.

“They hoped they could avoid divorce, but it’s now looking like the only way forward.

They added: “Many around them were desperately hoping they can win the battle to save their relationship. It’s very sad.”

Express.co.uk has contacted a representative for Rylan for comment.