BBC Breakfast presenter Sally Nugent, 48, has set the record straight after a Twitter user claimed she earns more than Chancellor Rishi Sunak, 40, on the micro-blogging site yesterday. The claim came after political editor Steven Swinford shared a tweet about Mr Sunak ahead of his latest statement.

Steven shared a picture of the Chancellor along with details about his “smart mug”.

He wrote: “The classic picture of Chancellor preparing for statement has been released but there’s a TWIST.

“Rishi Sunak has a smart mug which keeps your tea at the *exact* same temperature for three hours.

“It even comes with a ‘charging coaster’. It was a Christmas present from his wife.” 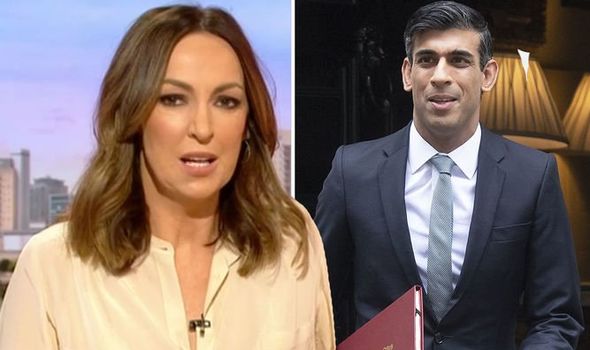 “But her Christian Louboutin shoes cost £500 and she probably earns more than Rishi! #justsaying.”

Setting the record straight, Sally told the person in question that her shoes are in fact from a retailer and insisted she doesn’t earn more than Mr Sunak.

She replied: “My shoes are from marks and Spencer and I guarantee the chancellor earns more than me. #JustSaying.” 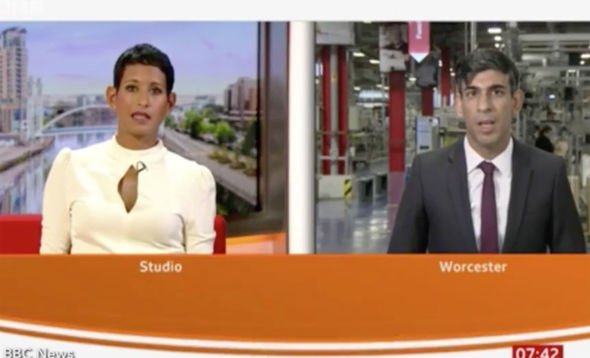 The Chancellor appeared on BBC Breakfast via video link yesterday.