The Saturday Night Takeaway star posted a series of photos to Instagram stories after her dramatic break up yesterday – where Scarlett branded Lee a "cheating pathological liar". 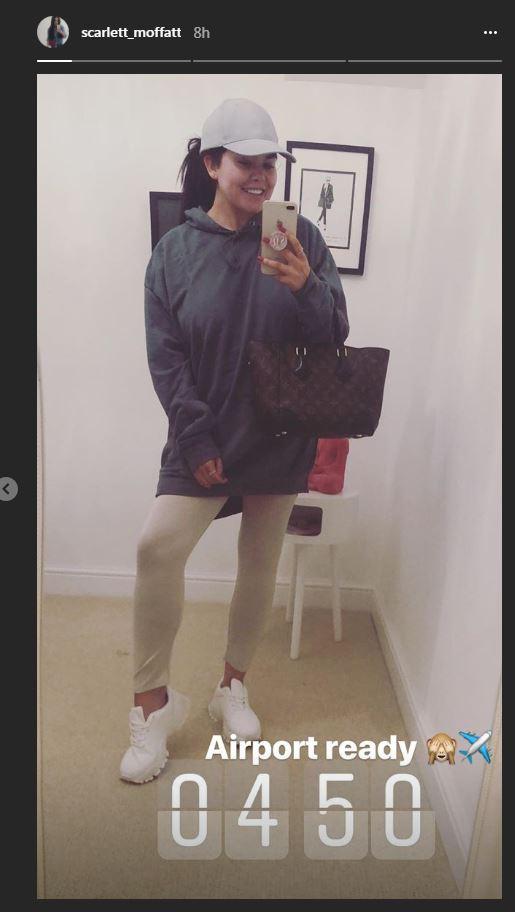 She revealed she was off to Florida with a photo taken 4.50am, posing in the mirror for a selfie with a big smile on her face.

Four hours later, after she would have been through security and check in, she posted lyrics to Avicii's song The Nights, which read: “One day you’ll leave this world behind, so live a life you will remember.”

The singer tragically died yesterday at the age of 28.

She captioned her tribute to Avicii: “Go on lots of holidays, talk about random stuff & laugh a lot!!” 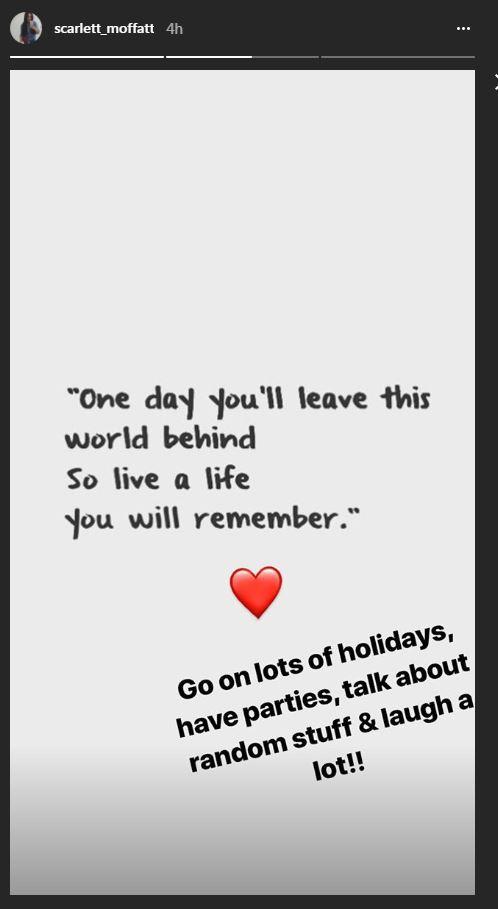 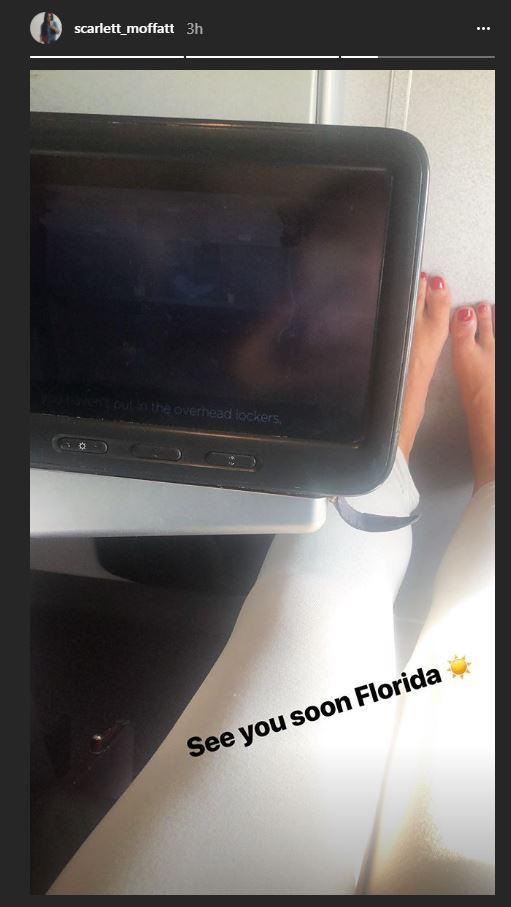 The star was hanging out with her friend Liam Irvin at the airport.

She revealed it was him she was jetting off with in the aftermath of her breakup in a Facebook from Manchester Airport which he is tagged in.

And the star was keen to show her followers that she’d made it safely onto the plane, posting a photo of her feet up in a first class seat on the way to Florida. 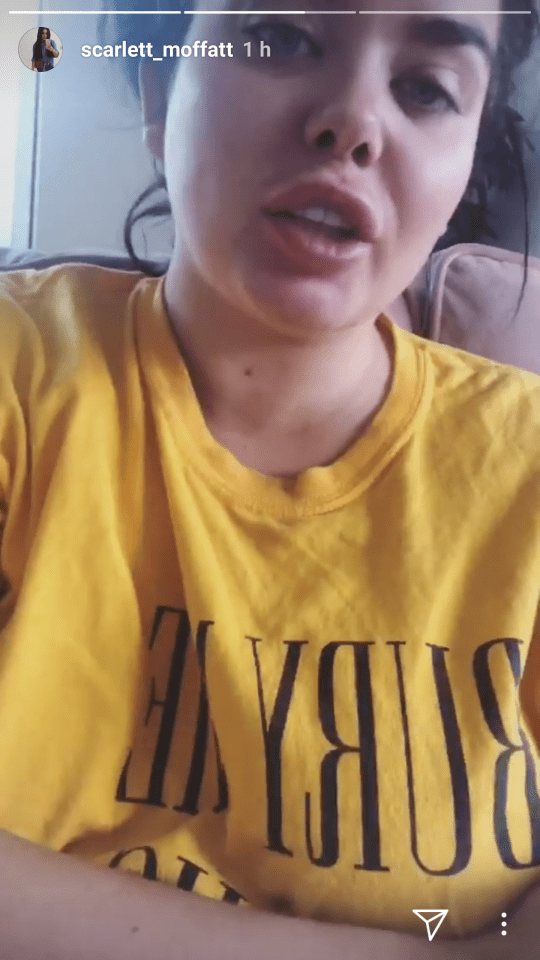 She captioned it: “See you soon Florida”.

It seems that Scarlett's getaway couldn't come at a better time as yesterday saw her split with ex Lee in an explosive way.

The TV star, 28, declared "one girl is normally enough" in a candid video before laying into her ex in a scathing Facebook post.

The Sun Online exclusively revealed the relationship drama kicked off on Tuesday when Lee unfollowed his girlfriend, before adding her again later.

They were seen out together on Thursday afternoon and Scarlett filmed the pair laughing and joking together.

However, just hours later the they had unfollowed each other and she dropped her bombshell message.

She appeared to compare Lee to Henry VIII, who had six wives, in an Instagram video before going for the jugular on Facebook. 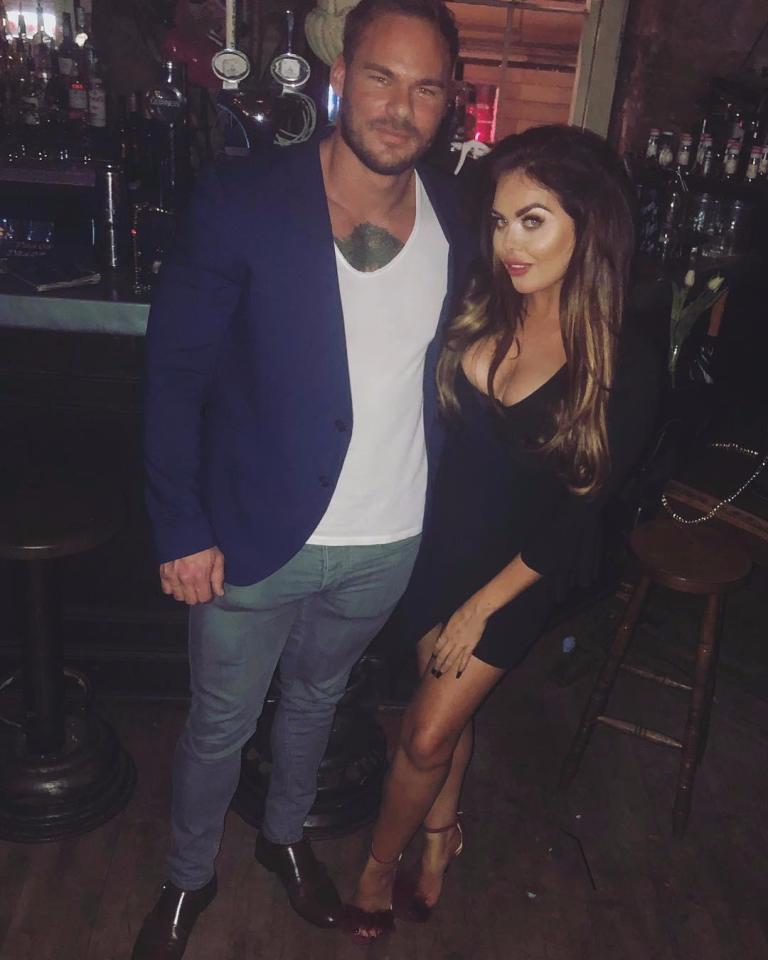 The TV star insisted she's going to bounce back from the split, writing: "I haven’t lost out. I’ve gained more self confidence."

She also wrote: "It scares me how much you think you can know someone. Trust is everything."

It came after she shared an emotional Instagram video about cheating. 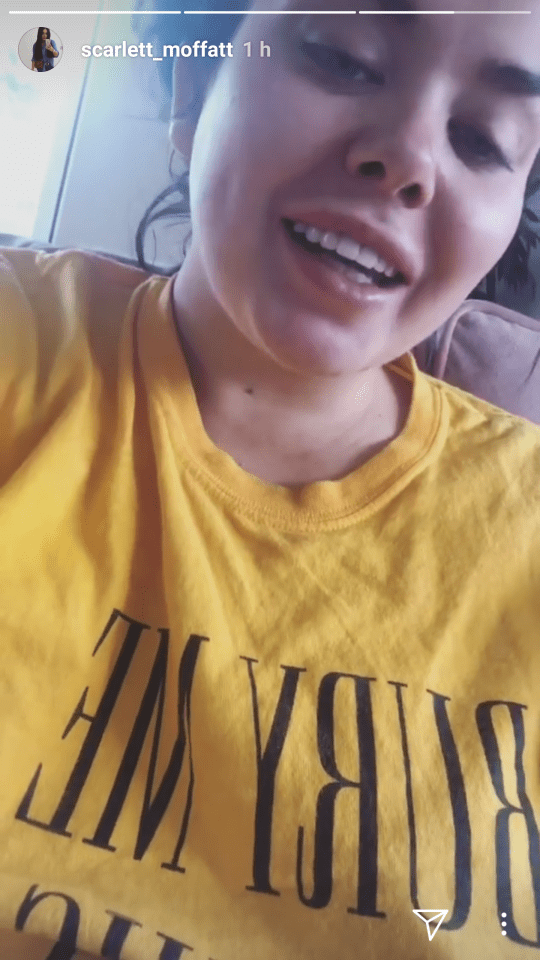 Scarlett said: "For anyone that needs this right now, I just want to say if somebody feels you're not enough for them then that isn't a reflection on you, that's a reflection on them…

"Unless you're Henry VIII, then one girl's normally enough."

She went on to share a quote which also hinted she had been cheated on.

It read: "She wasn't afraid to be herself.

"So when everybody said 'Be a lamb'.

"She showed her fangs , and became a Wolf."

Scarlett has been dating Lee since Christmas, and they went public with their romance back in February.

They recently went to Florida together for the Saturday Night Takeaway grand final and they posted loads of loved-up holiday snaps.

She filmed them together yesterday and last night she was talking about him on Celebrity Juice.

Scarlett was challenged to identify Lee from his twin brother Ryan – and she got it wrong.

A representative for Scarlett refused to confirm or deny whether they had split and declined to comment when contacted by The Sun Online.