Friend or foe? Scheana Shay opened up about her rocky friendship with Chrishell Stause and what led to their falling out.

The Vanderpump Rules star, 35, explained on the Friday, August 7, episode of her “Scheananigans With Scheana Shay” podcast, which featured guest Christine Quinn from Selling Sunset, that she was “becoming pretty good friends” with Stause, 39, when she was going through her divorce from Michael Shay in 2017.

At about the same time, the Selling Sunset star’s dog was hit by a car and killed, which prompted Scheana to reach out to Stause’s now-estranged husband, Justin Hartley. The reality star said she contacted him via a social media DM because she didn’t have his number and wanted to send her condolences and a gift to her pal. 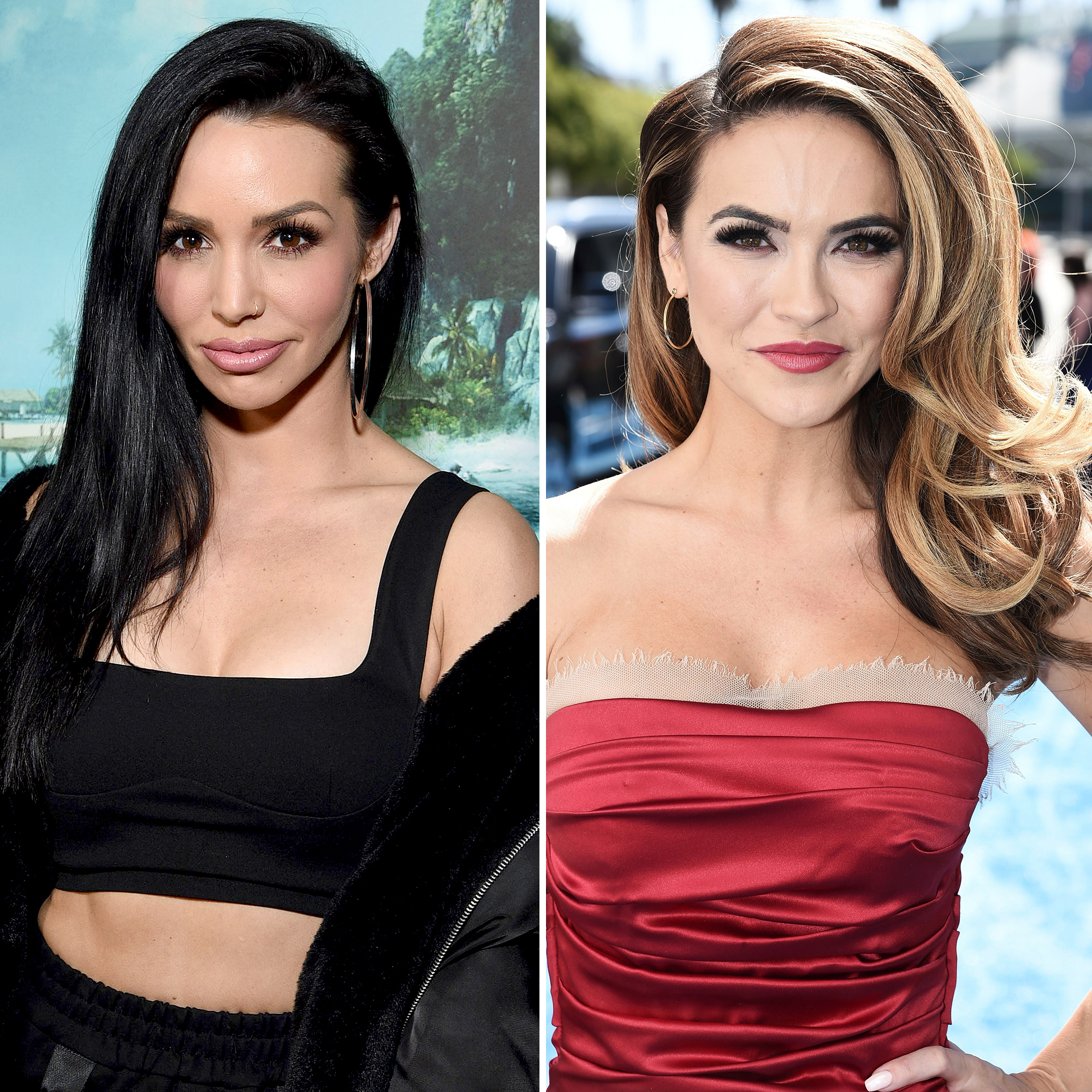 “I was like, ‘Hey, what’s y’all’s new address? I want to send something for Chrishell,’” Scheana recalled. “And he was just like ‘Oh, my god, that’s so sweet. Thank you so much, really tough time,’ and then he gives me the address and he’s like, ‘Hope to see you soon’ and I was like, ‘Yeah, for sure.’”

When Scheana later recounted the story to her friend Jamie Lynne, she was surprised to learn that Stause had already told Lynne about the incident and painted it in a very different light.

Everything Chrishell Said About Justin Hartley Divorce on ‘Selling Sunset’

“She then twists this conversation to Jamie and was like, ‘Oh, my god. How embarrassing. Scheana texted?’” the California native continued, pointing out that it was a Twitter DM not a text. “I don’t remember what it was she said exactly, but it was just, like, ‘How embarrassing’ with a bunch of, like, monkey-with-the-hands-over-the-face [emojis].”

Lynne claimed on the podcast that Stause, who split from the This Is Us star in November, has changed since they first became friends.

Scheana explained that she hasn’t addressed the former All My Children star’s reaction to her messaging Hartley, 43, noting the social media exchange also included Scheana inviting the couple to a New Year’s Eve party.

“I’ve just kept the peace. But for her to say now that Justin’s like a big TV and movie star [so] she can’t be seen with reality people? I was like, ‘Bitch! You were just as much a fan of me as I was of you,’” the Bravo personality said. “We’ve all become friends but now because Justin’s on This Is Us, I’m not good enough for you to hang out with and you’re gonna talk s–t about me?”

Justin Hartley and Chrishell Stause: The Way They Were

Scheana also commented on Stause’s split from Hartley and claimed part of the issue could’ve been the Kentucky native’s “jealousy” of her husband’s success.

“I think part of it was when Justin started to gain more fame than she’s ever had. I think there was a jealousy, competitiveness that in a relationship could ruin it ultimately, you know?” Scheana told her listeners. “Like now she’s not the one on a soap opera, getting recognized, when she goes out to dinner. Now she’s the girl taking the photos of him with fans and she was just kind of lost.”

In response to the podcast, a rep for the the Netflix personality tells Us Weekly, “Chrishell has had a lot on her plate with what she has been through in the past year. Her focus is on the positive and about how women should uplift each other rather than tear each other down. She is moving forward and wishes them the best.”

Stause and Hartley called it quits in November after two years of marriage. Their divorce has been shown on season 3 of Selling Sunset.