Sean Spicer has ZERO doubt his successor, Sarah Huckabee Sanders, will land on her feet just fine after she leaves The White House … and maybe one day end up on a ballot somewhere.

President Trump‘s first Press Secretary tells TMZ … Sarah, who replaced Sean in July 2017, won’t find the world out there as scary as many might think. In fact, Sean’s adamant Sarah has a throng of supporters even in this political climate.

Check out the clip … Sean, who wrote a book after leaving his post, says public service is in Sarah’s DNA. But, Sarah — just like Sean — had a rough going as Trump’s mouthpiece during her 2-year run. She’ll leave at the end of the month and said she hopes she’ll be remembered for her transparency and honesty.

That’s ironic, because — according to the Mueller Report — she was forced under oath to admit she made up nonsense. The Special Counsel said Sarah straight-up lied when she said she heard from “countless members of the FBI” supporting Trump’s removal of James Comey.

As for Sanders running for public office, Spicer says bank on it … echoing President Trump, who encouraged her to run for Governor in Arkansas, her home state. 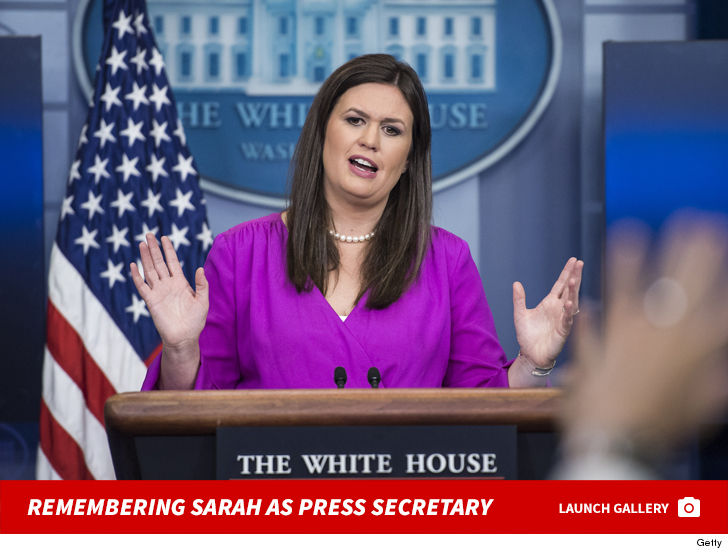