The Duchess of Cambridge’s favourite baby shop, JoJo Maman Bebe, has become embroiled in controversy after failing to include any black or mixed-race children in a new catalogue.

Laura Tenison MBE, the founder and CEO of the eco-friendly label, reveals she had to personally intervene after a disgruntled client made a complaint.

‘A grandmother wrote to me recently and said: “I’m disgusted that your catalogue doesn’t have any mixed-race or black models in.” 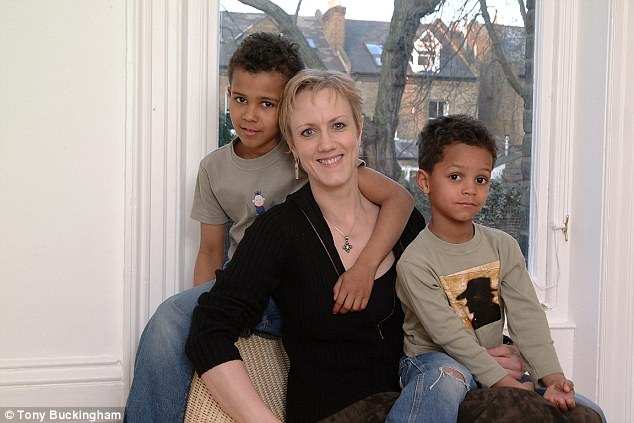 JoJo Maman Bebe founder Laura Tenison, with her sons Ben and Toby, had to intervene when a customer claimed her new catalogue did not feature any black or mixed race children 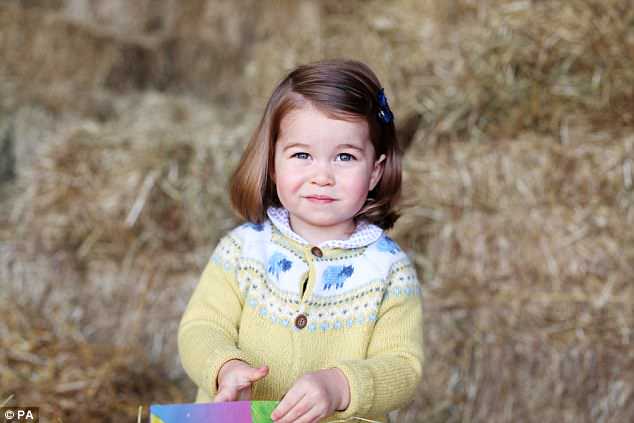 ‘I said: “You’re absolutely right, but the trouble is we don’t see colour,”’ says Tenison, 51, whose £12 cotton top with a Peter Pan collar was worn by Princess Charlotte for her official second birthday portrait last year, right.

The complaint was especially surprising for Tenison, who received her MBE from the Queen in 2004 for her services to business.

More from Sebastian Shakespeare for the Daily Mail…

‘My children are black, and 20 years ago I used them more than anyone else,’ she adds, speaking of the sons she had with her criminal lawyer ex-husband, John Femi-Ola. ‘At the time you would have a token black model, but I had far more black models.

‘I don’t see colour. So yes, we did produce a catalogue [without black children], but on that occasion all the volunteers just happened to be white because we were recruiting models in Devon. And we didn’t even notice.

‘What’s sad is we’re now actually having to notice and put the token black back in.’

Founded in 1993, JoJo Maman Bebe launched from a tiny shared office in London with stock stored in a disused carpenter’s workshop at Tenison’s parents’ home in Pontypool, South Wales.

As well as baby clothes, it makes maternity wear that the Duchess of Cambridge has been photographed in several times. In 2015, she sported the firm’s £69 cream maternity coat for a visit to the Downton Abbey set.

‘We have always had volunteer models and they include children with disabilities, children of every race and colour,’ adds Tenison.

‘We use the children of our time — all our models are volunteers.’

I hear the Duchess of Sussex attended her first meeting of the Royal Foundation this week with Prince Harry in Kensington.

The charitable organisation was set up in 2009 to help causes close to his and Prince William’s hearts.

Meghan’s official title was added to the name of the foundation after the Royal Wedding.

It received a huge boost in donations when Kate Middleton joined the Royal Family in 2011, so officials will hope for a ‘Markle sparkle’ to rival the ‘Kate effect’.

Today programme host Nick Robinson admits he wants to replace David Dimbleby when the latter steps down from Question Time, but claims he doesn’t have a chance because the Beeb will hire a woman.

‘Who wouldn’t want the job? I would absolutely adore it!’ he tells me. ‘Do I think I have even a one per cent chance? No.’

‘It’s an entirely received wisdom that the next presenter will be a woman and there are four or five really top candidates. I think Kirsty Young would be very good.’

Pippa Middleton has been extolling the benefits of playing tennis while pregnant.

‘It’s possible to play right up until the third trimester,’ trills the Duchess of Cambridge’s sister, whose first child with financier husband James Matthews is due in October.

‘Continuing to play has a positive influence — and can lead to improved placental growth, good weight management as well as reducing back pain, strengthening heart and blood vessels. Over the past two trimesters I’ve been playing regularly — mostly doubles, which requires less side-to-side movement and intensity. I haven’t been giving 100 per cent to every shot.

‘One tip: the opposition can get distracted if they know they’re matched against someone pregnant — showing good manners. So in the spirit of competition, now is the time to make the most of them holding back!’

From Spice Girl to Girl in Pearls: the new Geri

The former Spice Girl has been on an upwardly mobile trajectory since marrying public school-educated Red Bull F1 team boss Christian Horner in 2015.

This week Geri, 45, turned out in a demure blue dress with ropes of pearls around her tanned neck to a reception at St James’s Palace for the Prince’s Trust with her husband.

The owner of a vast estate outside Banbury in Oxfordshire, she now likes to be known as ‘Geraldine’.

As Ginger Spice, the closest Geri got to royalty was pinching Prince Charles on the backside 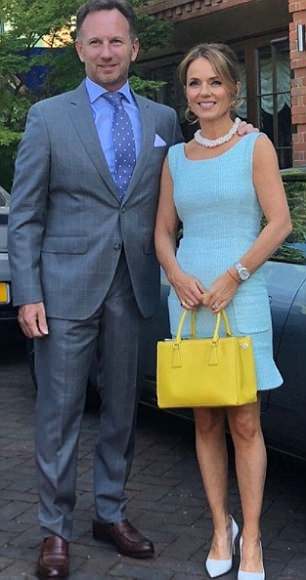 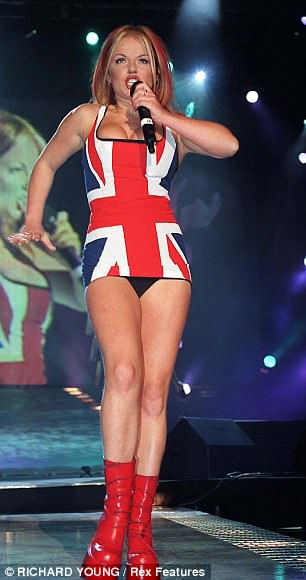 How should smartly dressed men stay cool during the heatwave? Home Secretary Sajid Javid likes to think he’s a trendsetter. ‘When you’ve got no hair it’s a lot easier to stay cool. That’s my secret,’ he tells me. ‘Maybe men should shave their heads in summer instead of wearing short suits.’

A new order dawns at The Lady, once described by former editor Rachel Johnson as ‘a piddling little magazine that nobody even cares about’.

Publisher Ben Budworth, 54, whose forebear founded the publication in 1885, is letting out the basement, ground floor and first floor of the magazine’s HQ in Covent Garden. He suggests its high ceilings make it ideal for a restaurant.

When the late Debo, Duchess of Devonshire’s father, David Mitford, was the magazine’s general manager, he had to deploy his pet mongoose to deal with the rats in the basement.

Who needs surgery, say Brooke and Liz – both 53

With a combined age of 106, actresses Elizabeth Hurley and Brooke Shields were born only ten days apart — but when the Austin Powers star posted this snap from a friend’s party on social media, the question on everyone’s lips was: who has aged better?

Hurley, left, who has a 16-year-old son, Damian, recently admitted she is fearful of surgery and has ‘only had Botox on the forehead’.

The Blue Lagoon star Shields, who is slightly older than her companion, has two daughters, 15-year-old Rowan and 12-year-old Grier by her husband of 17 years, screenwriter Chris Henchy. She admitted in 2010 that she had tried Botox but wasn’t a fan.

‘I have to find someone with a light touch,’ she said. ‘I’m scared I’ll end up looking like the Joker.’ 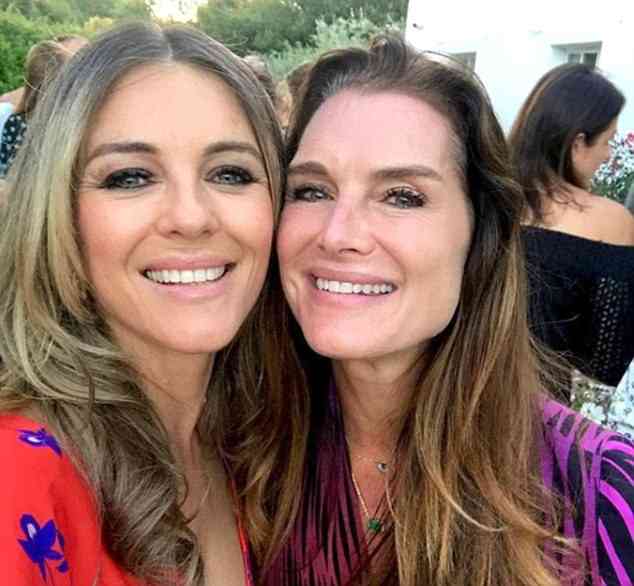 Elizabeth Hurley and Brooke Shields were born only ten days apart and have a combined age of 106. Both women admitted they have tried botox but were not fans