She married rock aristocracy in Bob Geldof, but Paula Yates could have become a genuine countess — and the sister-in-law of Princess Diana, to boot.

A close friend of Yates tells me that Diana’s brother, Earl Spencer, long before inheriting the title, became infatuated with the television presenter and even asked her to marry him .

‘Charles fell madly in love with Paula and proposed to her,’ claims Gerry Agar Fennell, who was Yates’s publicist.

‘He was obsessed with her. They met at a charity event, then he would pop round the house, and she’d say: “My God, it’s bloody Charles again.” ’

Yates — who died in 2000 — was already seeing Geldof when Spencer fell for her. 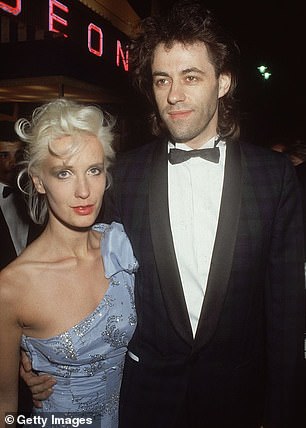 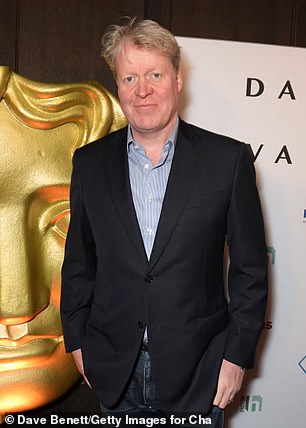 She married rock aristocracy in Bob Geldof, but Paula Yates could have become a genuine countess — and the sister-in-law of Princess Diana, to boot. According to a source, Diana’s brother, Earl Spencer, long before inheriting the title, became infatuated with the television presenter and even asked her to marry him 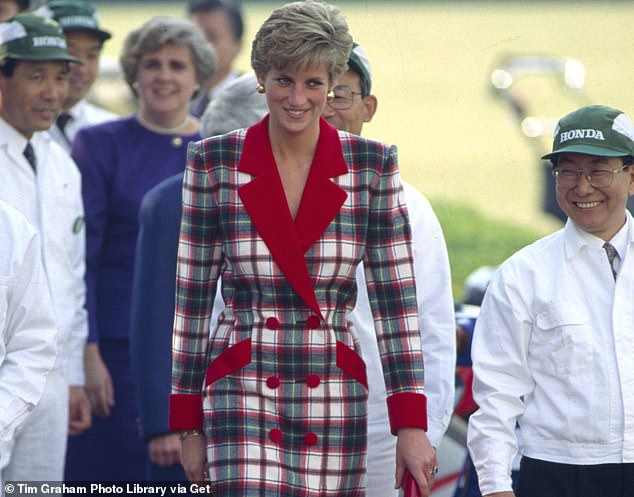 Earl Spencer, a British nobleman, peer, author, journalist, and broadcaster, is the brother of the late Diana, Princess of Wales (pictured)

He would ‘come round with roses, fully romancing her, saying he adored her’, Gerry says.

‘She thought it was more of a giggle, more of a “You poor thing”, rather than being hugely irritated.

‘Although on one occasion she was tempted to hide under the bed and pretend she wasn’t there, as his advances became a little more forward.

‘She knew Charles wanted entertainment, but she once told me: “I’m not a performing dog. Done that. It’s time someone entertained me for a change, or better matched my thirst for fun.” ’

He was a co-creator responsible for two classics of British cinema, Performance, the cult 1970 film starring Sir Mick Jagger, James Fox and Anita Pallenberg, and The Man Who Fell To Earth, in which David Bowie was cast as an alien, six years later.

But David Cammell, who had recently been suffering from cancer, saved his most dramatic flourish until the very end — proposing to his friend, Lady Henrietta Rous, only hours before his death on Monday aged 80.

Lady Henrietta, sister of the Earl of Stradbroke and a member of the family that owns the cliff-side village of Clovelly in North Devon, had been keeping a vigil at Cammell’s bedside at London’s Chelsea and Westminster Hospital.

She feared that she might have already visited him for the final time when she received a telephone call.

‘Suddenly he rallied. He sounded radiant, like a young man,’ says Lady Henrietta, who only met Cammell, a former creative partner of Chario fts Of Fire director Hugh Hudson, in 2013.

‘Then he asked me to marry him. He said I had done more for him than anyone and he wanted us to marry.

‘He’d never been married, never had children, but — dear, dear Cammell — he wanted me to be his wife before he died. Of course, I said yes immediately.’

Lady Henrietta, 72, was a close friend of the late Alexander Thynn, 7th Marquess of Bath. But despite having many admirers, she had never married either.

Her new fiancé said that they would marry in his hospital room — and asked her to bring a priest ‘early on Monday’.

Alas, he died shortly before the service could be held.

But Lady Henrietta is grateful for his final romantic gesture.

‘Of course I wish David had asked me earlier but he was always a bachelor. So many people loved him.

‘He just said: “Why don’t we get on with it now?” I will never forget that moment.’

Cobbles give Hilton heiress the wobbles 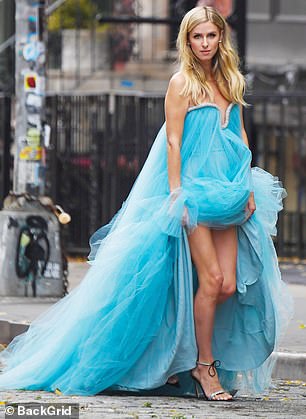 As an heiress to a billion-pound hotel fortune, Nicky Hilton is not renowned for her restraint.

The American socialite turned heads in New York this week by appearing in a teal tuille gown and strappy heels as she braved the cobbled streets of Manhattan.

Possibly not the most sensible footwear.

Nicky, who is married to banking scion James Rothschild and whose sister is reality TV star Paris Hilton, was strutting her stuff for a photo shoot that took several hours.

If she was chilly she hid it well. But in my snap it does look as though she is gathering up her skirt to make a dash to the nearest coffee shop.

Queen’s charismatic frontman, Freddie Mercury, died almost 20 years ago, but the cash keeps rolling in for the band.

I hear Queen Productions, which channels the group’s earnings, raked in a staggering £72.7 million last year.

Newly published accounts reveal that the business made a £32.6 million profit and paid £19.4 million in dividends.

Looks like Pixie’s found herself a new girl group

It probably wasn’t the song list Pixie Lott would ever record herself, but the pop star dropped in to listen to the girls’ choir sing at Ely Cathedral a few days ago.

The All About Tonight singer looked rather surplus to re-choir-ments in her very short black and white dress. 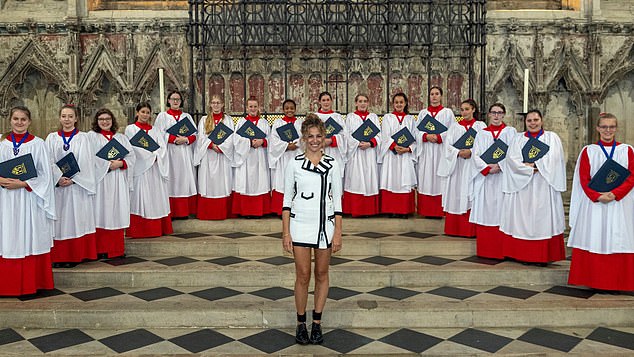 But their long, flowing red cassocks and white surplices probably wouldn’t be her choice of a performance outfit.

Pixie, who has had three Number 1 hits, posed with choir members and chatted with them afterwards.

A cathedral official said the 29-year-old’s visit was a complete surprise and she had arrived ‘just in time’ for Evensong.

Attending a preview, journalist Osborne lingered over a video of his old colleague Boris Johnson giving a press conference, entitled Twice, and created by artist John Smith, which cost £18,000.

The other artwork that caught his eye was called Boris Can’t Get Clean, by Eliot Lord, which depicted the Prime Minister as ‘washed up’.

Ramsay Junior’s a triple-fried chip off the old block

Guess who? That furrowed brow will send shivers down the spine of anyone who has worked with Gordon Ramsay.

No question where his baby son inherited that expression and mop of blond hair. 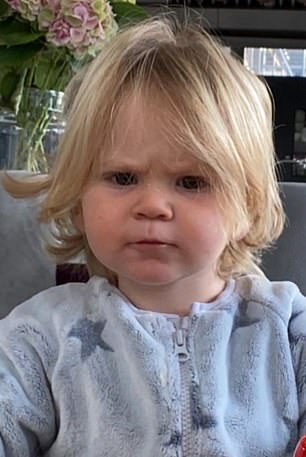 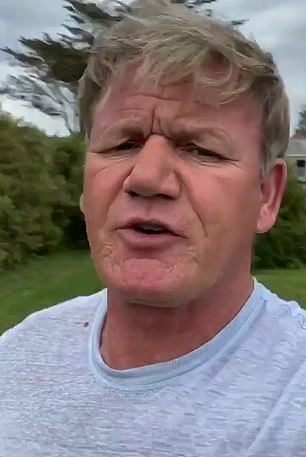 Guess who? That furrowed brow will send shivers down the spine of anyone who has worked with Gordon Ramsay (pictured right). No question where his baby son Oscar (pictured left) inherited that expression and mop of blond hair.

Eighteen-month-old Oscar is Ramsay’s fifth child with wife Tana and their youngest.

Ramsay junior looks cuddly enough in a fluffy onesie — but his expression could ignite a gas ring at 100 paces.