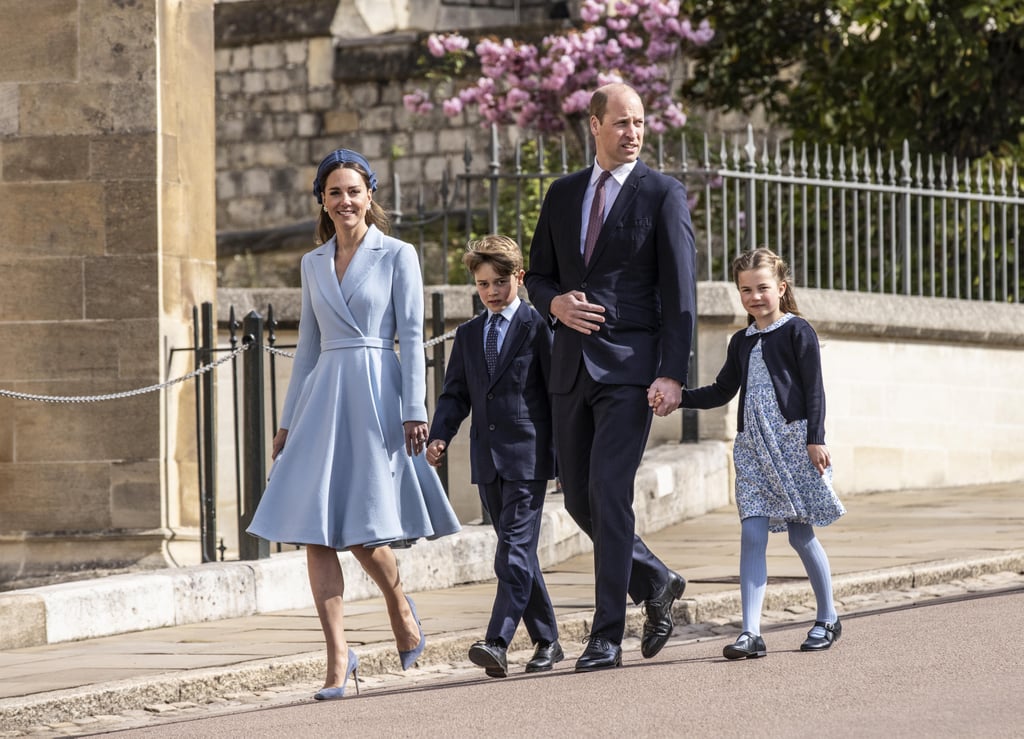 While the royal youngsters are beginning to join their parents at official events more often, their matching blue ensembles make it clear they’re not too old for coordinated family outfits just yet. The Duke and Duchess of Cambridge opted for a navy-blue suit and light-blue dress for the outing, respectively, and the kids looked like adorable mini versions of their parents. Charlotte wore a light-blue dress with a floral design and Peter Pan color along with a dark-blue sweater, while her brother George wore a dark-blue suit that matched William’s.