As the new series unfolded, Sheridan Smith was linked to The Masked Singer’s Sausage several times alongside popular names such as Stacey Solomon and Billie Piper. Tonight, the wait was finally over and singer Joss Stone finally revealed it was her.

Following the reveal, Sheridan broke her silence telling fans she was “flattered” people believed she could sing like Joss.

“Well there you have it! I am very flattered that for 8 weeks some of you thought it was me, although I do very much love eating chips & sausage with gravy. 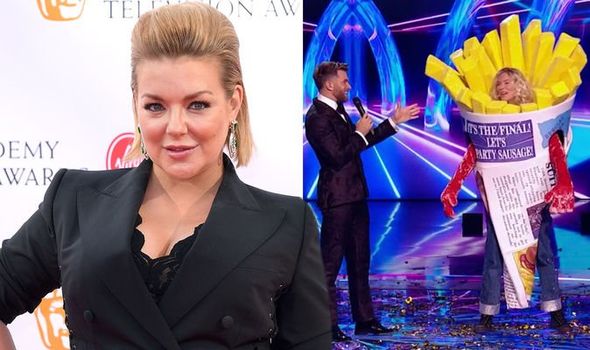 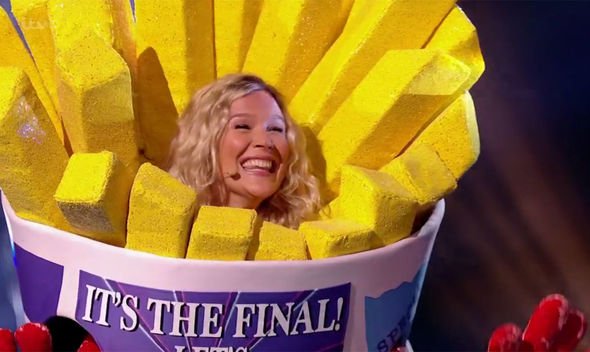 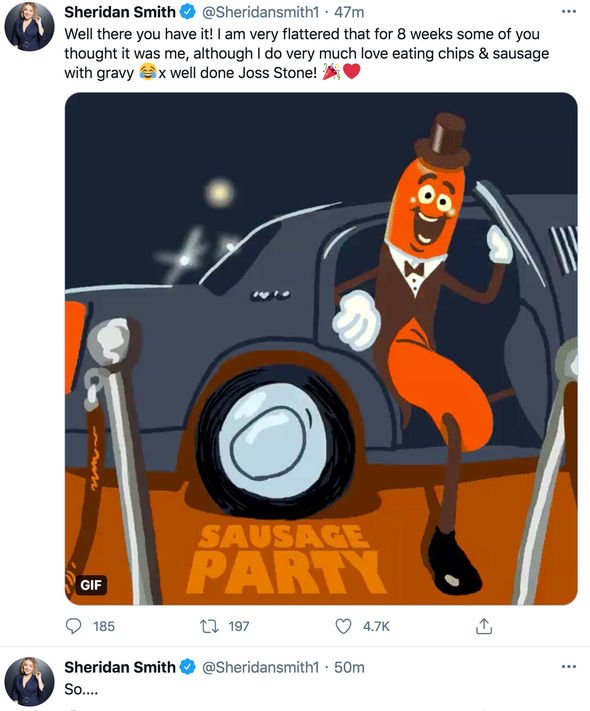 Panellist Jonathan Ross strongly believed the actress and theatre star was the hidden celebrity behind the costume.

Reacting to his guess on Twitter tonight, Sheridan added: “And thank you @wossy for thinking I could sing anywhere near as well as @JossStone #MaskedSingerUK.”

“You can sing with the best of them x,” Jonathan replied.

Grateful for his compliment, she responded: “Thank you.”