Sky News presenter Jacquie Beltrao, 55, revealed her breast cancer had returned in June last year and gave an update from hospital last week. In her most recent post today, she said she had taken up yoga but admitted it wasn’t helping.

In view of her 79,000 followers, she shared a picture of herself demonstrating a yoga pose while sporting leggings and a crop top.

She wrote: “Feeling battered, sore, tired and teary – sometimes it’s all too much #stagefourcancer #yoganothelping.”

Anna Botting, her colleague, commented: “Oh Jacquie. You can’t be strong everyday and you have been just incredible.

“Go gently… sending big hugs and warms cups of tea and fluffy dogs and anything else you need to make you feel a teeny bit better.” 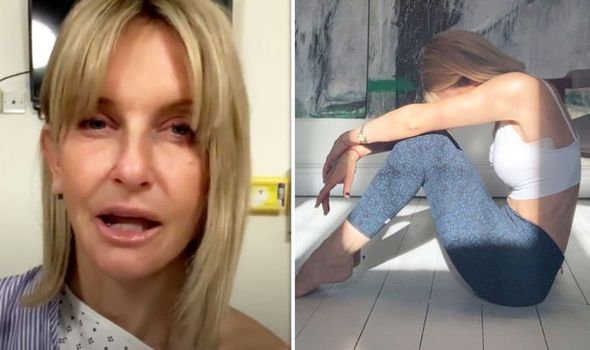 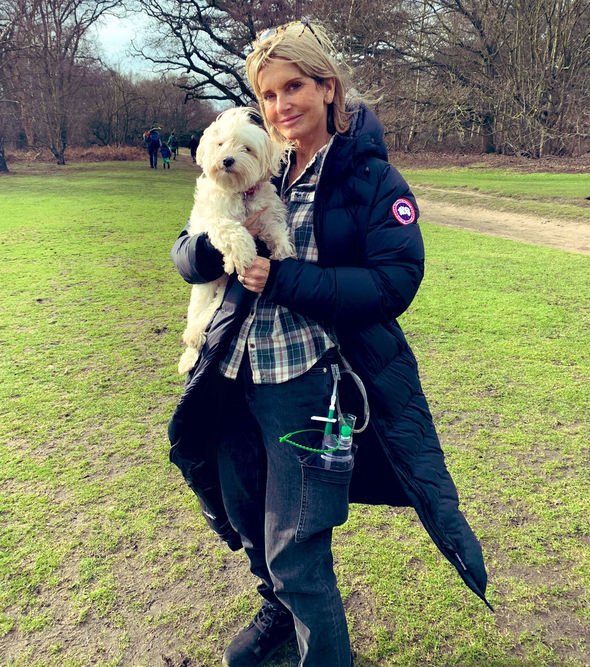 A third added: “If it’s any consolation… you look fab!!! Don’t beat yourself up, baby steps, you will get there, you are amazing!!!!!”

On Tuesday, the mother-of-three said she was preparing for an operation on her lymph nodes.

Speaking in a video, she said: “So here I am, operation clear out your lymph nodes. 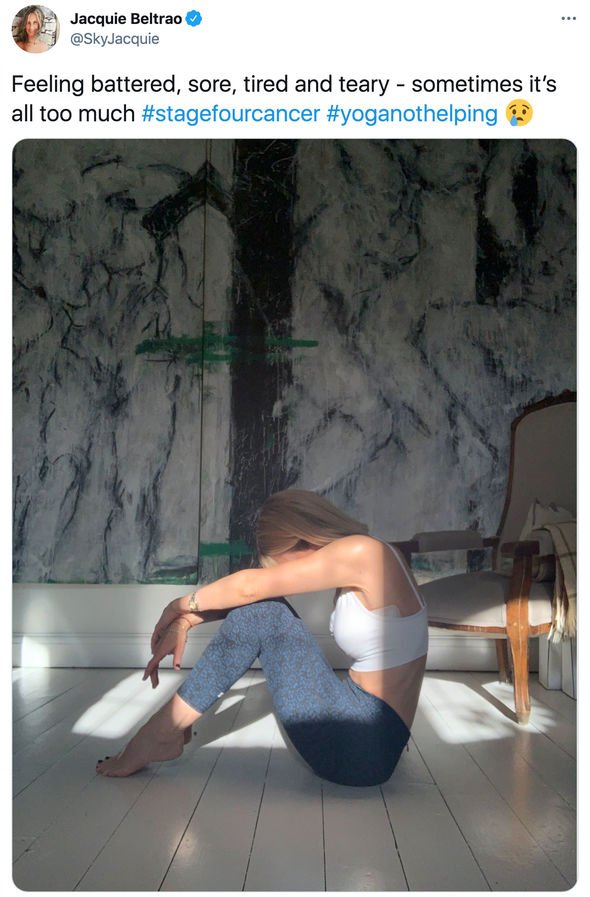 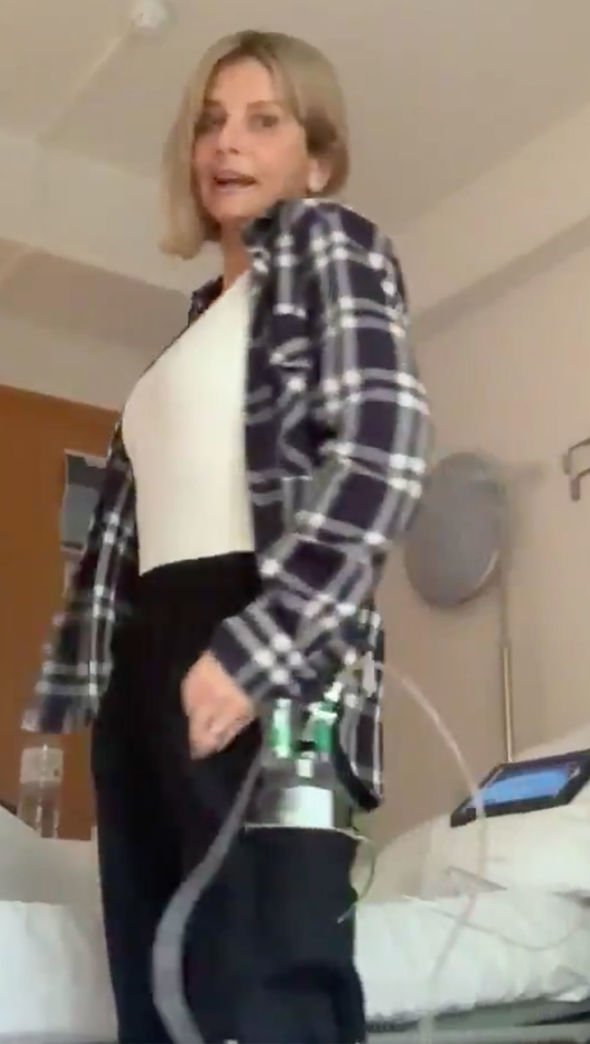 “On the left, where he has drawn an arrow,” as she gave a loud sigh.

Jacquie continued: “Oh god, I feel like I have been here before, it’s because I have.”

The presenter went on to reassure fans she was OK, but a “bit worried”.

“I am in very good hands. It is a very short operation,” she added.

“I have only got to wait a couple of hours now and I’ll be getting going. I’ll speak to you when I wake up.”

A day later, Jacquie said she was ready to go home and joked the drain fitted to her was a new fashion accessory.

The aim of the drainage tubes post-surgery is to drain away any fluid or blood that may collect in the wounds and cause complications.

On Sunday, Jacquie was all smiles for the camera during a walk with her dog.

She wrote: “Taking the drain (and dog) for a walk! God job combat trousers never went out of fashion (in my house) #recovery #walkingitoff hopefully it’s being removed Monday because it pinches like a mean girl! (The drain not Lily).”

Jacquie was first diagnosed with breast cancer in 2013.

In June, she told host Lorraine Kelly it had returned in a “more aggressive” form.

She said: “It was really hard to deal with at first because it was worse than last time, it was more aggressive.

“It’s a grade three stage four, which means I will probably be dealing with this for all of my life.”