A wedding to remember? Saturday Night Live star Michael Che congratulated his costar Colin Jost on his engagement to Scarlett Johansson with a cheeky joke.

“One of us is marrying a movie star,” Che, 36, captioned a throwback picture of himself and Jost, also 36, via his Instagram Stories on Monday, May 20. “The other is gonna get too drunk and ruin that reception.” 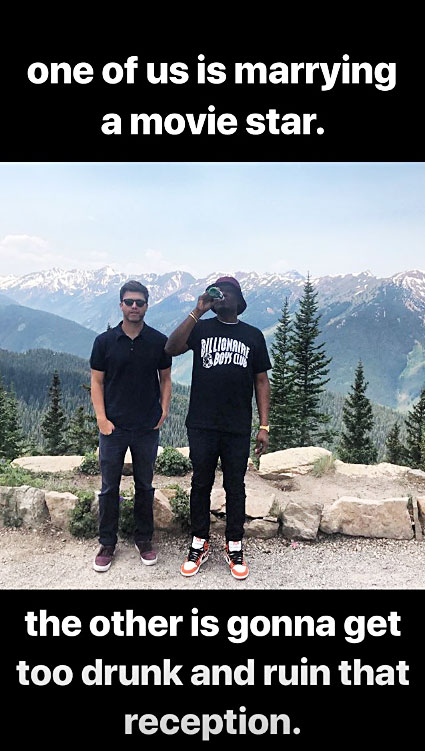 Che and Jost star have been cohosting SNL’s “Weekend Update” sketch since 2014. Comedians including Tina Fey, Amy Poehler, Seth Meyers and Jimmy Fallon anchored the notable skit in the past.

In September 2018, Che told Ellen DeGeneres that Jost “changed a lot” since he started dating Johansson, 34. “You don’t invite me places and when you do, you ditch me,” Che said to Jost directly. The Staten Island native jokingly fired back, saying that his costar never invites him places either, but Che was quick to defend himself.

“If you’re with, like, Scarlett Johansson, I don’t want to tell you to come to this dive bar with me and watch a Yankees game,” the former Daily Show with Jon Stewart correspondent quipped. “I feel like, you know, maybe you have better things to do.” 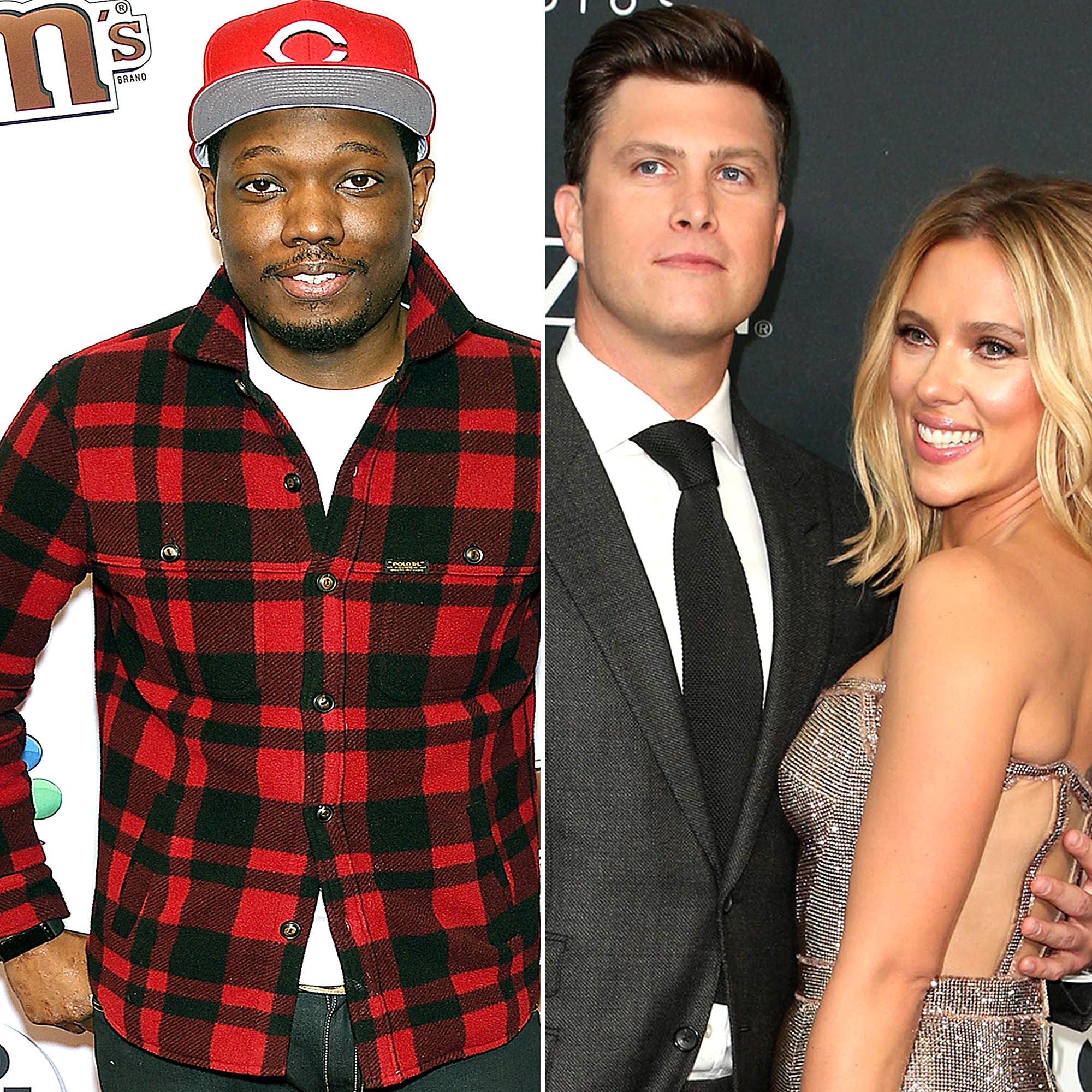 Johansson’s publicist, Marcel Pariseau, confirmed on Sunday, May 19, that the Avengers actress and the Inside Jokes star are engaged. The pair were first linked in May 2017 after they were seen getting cosy at an SNL afterparty. They made their red carpet debut as a couple at the American Museum of Natural History Gala that November.

Weeks after their public outing, a source told Us Weekly that the comedian was already “telling friends he wants to marry” the Lost in Translation star. “He loves to take her out and show her off,” the insider noted in December 2017. “He’s head over heels.”

The Golden Globe nominee was previously married to Ryan Reynolds from 2008 to 2011 and French journalist Romain Dauriac from 2014 to 2017. Johansson and Dauriac, 37, share 5-year-old daughter Rose. Jost, for his part, dated actress Rashida Jones for three years until they split in 2016.