Hip-hop fans love hearing about their favorite rap legends like Snoop Dogg and Nas being cool. For them and others in the music game, these relationships go beyond studio features and business collaborations.

The road to friendship isn’t always smooth, and the story of Nas and Snoop’s first meeting almost resulted in the iconic New York emcee getting shot. 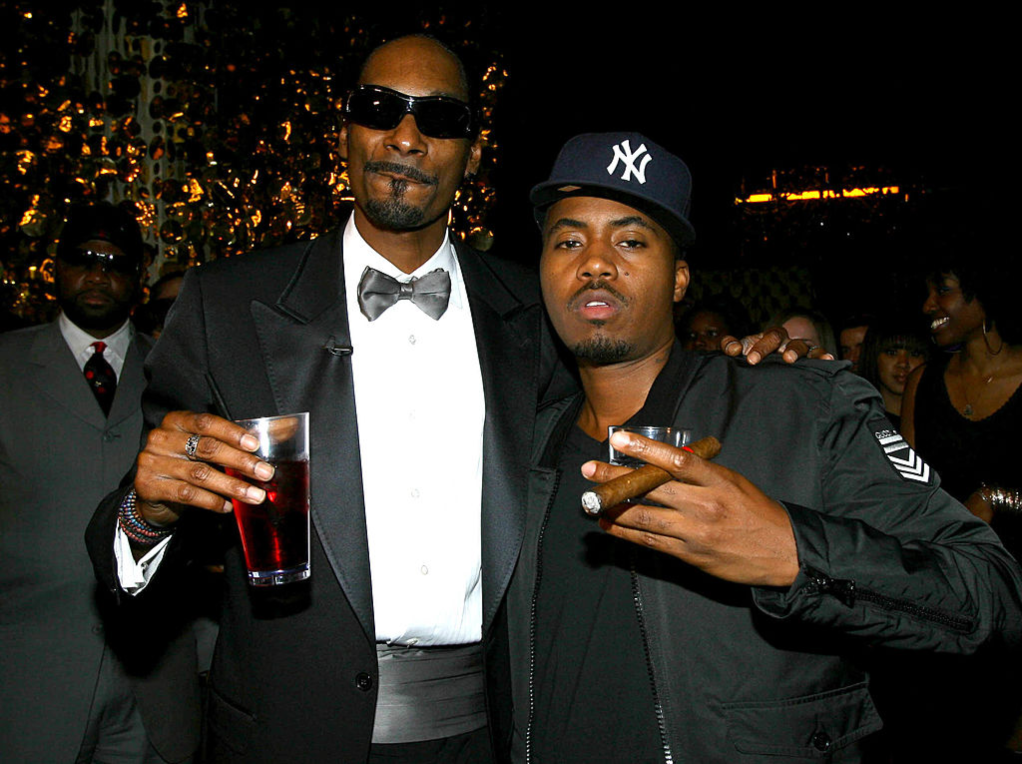 Snoog Dogg came up around gangs

It’s no secret that Snoop Dogg is from Long Beach, California and he used to gang-bang with the Crips back in the ‘90s. He’s talked about wearing the color blue—which is the color associated with the group—and the dangers of wearing red in Crip territory.

If you’re familiar with gang life, then you know about this detail. It could be messy and sometimes fatal if the rule is not observed.

In the ‘80s and ‘90s, gang activity was prevalent and alsoinfiltrated hip-hop music. This affected Snoop’s interaction with Nas.

What happened with Nas and Snoop Doog’s first meeting

When these two artists met for the first time, it happenedwhen they were both solo rappers in the early stages of their careers. Snoop’sfirst major hit was 1992’s “Deep Cover” and as Dr. Dre’s protégé at the time, releasedDoggystyle in 1993. Nas was hot off the “Half Time” record—also from1992—and went on to drop Illmatic in 1994.

During his interview with N.O.R.E. on Drink Champs, Snoop toldthe story about how he and Nas crossed paths. He said he was in Gardena—a hotbedof gang activity at the time—and he saw a white passenger van roll up on himand his crew. It was around 1993 or 1994.

According to Snoop, Nas jumped out of the van wearing a red sweatsuit and ran across the street toward him. His friends didn’t know if adrive-by was about to happen so they were prepared to pull out their guns, butSnoop put a clamp on it. “Hold on cuz. That’s the rapper from New York namedNas, cuz.,” he told them. Nas was coming to say what’s up.

Snoop explained Nas didn’t understand he was in a Crip neighborhoodwearing all red and the whole scenario looked suspicious. He took him to theside and said, “Look, next time you ride, here’s my number. You’ve got to callme first, man. You can’t jump out.”

Nas and Snoop are still friends

They can laugh about their first meeting now, as the two are old friends, and have even collaborated on a few records.

But that doesn’t mean they didn’t get caught up in the West Coast-East Coast drama that unfolded during the “Golden Age of Hip-Hop.” When he did a sit-down with Adrian Foster of Now What?, Snoop shared another anecdote about Nas and Tupac.

When they traveled to New York for the MTV Awards, Tupacconfronted Nas in Central Park, saying he wrote a diss track about him, Jay-Zand other East Coast rappers. Snoop said Nas had about 100 guys circling aroundthe park, ready for action, but Tupac was totally oblivious to it.

Nas told Tupac he loved him and didn’t want any problems. Heshook his hand and squashed it. Snoop Dogg added that it’s one of the reasonshe still loves Nas to this day. It’s been nearly 30 years, and they’re still tight.