Reality star who made $280,000 selling her FARTS in jars reveals her bizarre new business venture – and she’s already raked in thousands

A reality star who made more than AUD$280,000 from farting in jars and selling them to fans has unveiled her new business venture that is already raking in thousands of dollars.

Stephanie Matto, 31, who found fame on American dating show 90 Day Fiancé, was forced to retire from her windy escapades last month after being rushed to hospital with severe chest pain caused by excessive farting.

But speaking on The Kyle and Jackie O Show on Friday, Stephanie revealed she has jumped on the non-fungible token (NFT) bandwagon to earn extra cash, and is now selling photos of her infamous fart jars online. 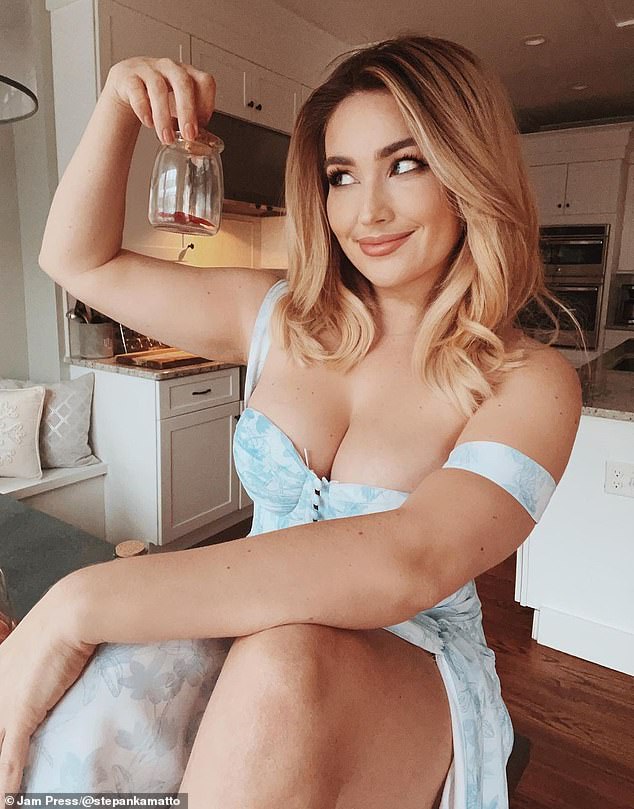 Fartrepreneur: Stephanie Matto, who made over AUD$280,000 from farting in jars and selling them to fans, has unveiled a new business venture that’s already raking in thousands of dollars

NFTs are a way make money from digitised artwork.

It’s a non-interchangeable unique unit of data that is tracked on a blockchain to prove its authenticity. These collectable units of data can be sold for large sums of money in the future, and can represent anything.

Since bursting onto the scene in 2021, NFTs have mainly been used to sell digital art or music; however, Stephanie’s fart venture takes it to a new level. 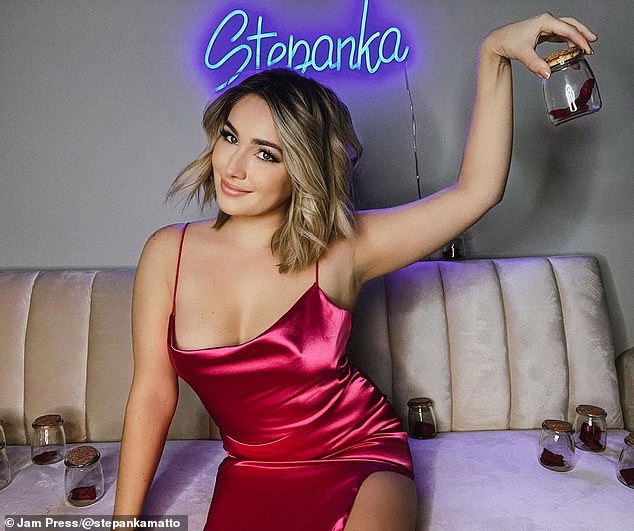 New craze: Stephanie revealed on Friday she has jumped on the non-fungible token (NFT) bandwagon to earn extra cash, and is now selling photos of the infamous fart jars online 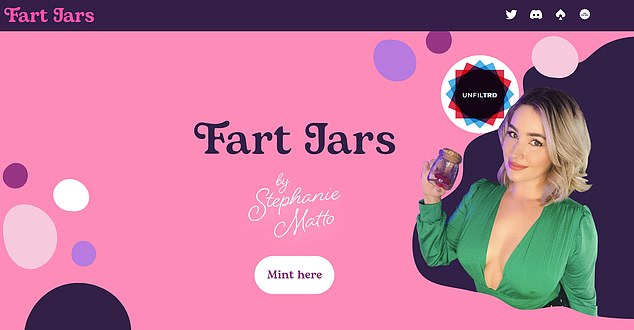 Product: ‘Some of them come with redeemable physical jars of farts,’ she added. ‘You can get your hands on very rare, limited-edition, last-of-its-kind fart jars.’ Pictured: Steph’s website

‘Some of them do come with redeemable, physical jars of farts,’ she added. ‘You can get your hands on very rare, limited-edition, last-of-its-kind fart jars.

‘The resale value could be so much in the future – in 10 years, who knows?’

Stephanie simply has to send a photo of the jar to buyers; however, her website states owners also get access Zoom meetings with the reality star, can be part of a mentor program, or can use the artwork as a profile picture.

Steph, who has made about AUD$1.4million since creating her own subscription platform similar to OnlyFans, also discussed the moment she decided to stop selling the fart jars following a dramatic health scare.

‘I heard you farted that much into jars that you had a heart attack?’ radio host Kyle Sandilands asked her. 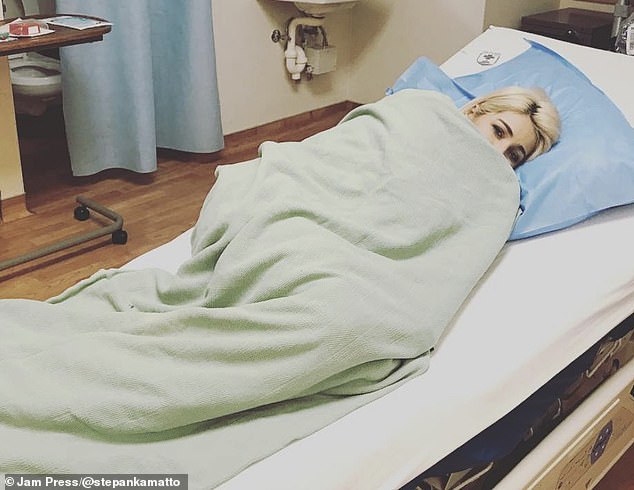 Worry: Stephanie recently found herself in the emergency room after she experienced shooting pains in her chest and thought she was having a heart attack 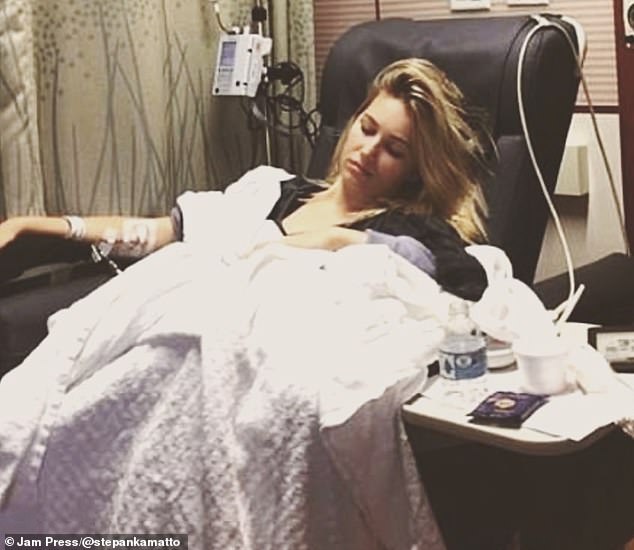 Worry: Concerned doctors performed blood tests and an EKG but later told the 90 Day Fiancé star the symptoms were actually caused by excessive gas from her diet of beans and eggs

‘I had a “fart attack”. I just had such severe gas from the amount of food and protein I was taking in, but I thought I was having a heart attack,’ she replied.

‘I ended up in the emergency room, and they told me I needed to stop the diet I was on.

‘In that time, I was like, I think I flew too close to the sun, got a little bit greedy, [and thought] it’s time for me to throw the towel in.’

Stephanie began selling her farts in November, after receiving requests on the adult-content site Unfiltrd.

She said at her peak of production, she was making almost 50 jars a day.

In addition to the gas, Steph’s website features racy lingerie photos, and images and videos of her feet upon request. 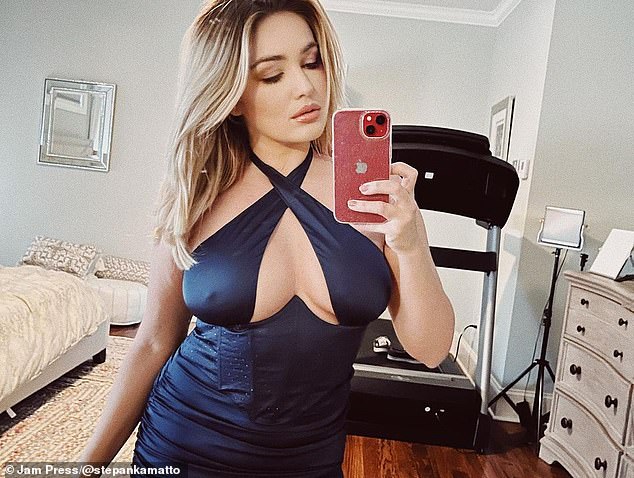 Fetishes: In addition to the gas, Steph’s website features racy lingerie photos, and images and videos of her feet upon request