Countdown star Susie Dent, 55, joined the Channel 4 show 28 years ago and has been a firm fixture on the panel ever since. The lexicographer was quizzed about her long-serving appearance on the programme on the Steph Show yesterday. At first, presenter Steph McGovern, 38, showed viewers a clip of Susie’s first ever episode of the show.

A shy young Susie could be seen being introduced to viewers by dictionary corner guest Rula Lenska.

Reflecting on her appearance, Susie said: “I just look at myself and I either look really arrogant or completely terrified.”

Reassuring her this was not the case, host Steph replied: “You don’t look arrogant. You don’t look nervous either, I don’t think, you look very polite.”

The presenter then went on to ask Susie what it was like filming her first episode. 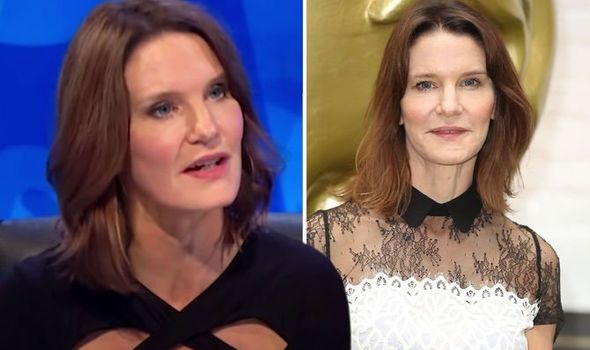 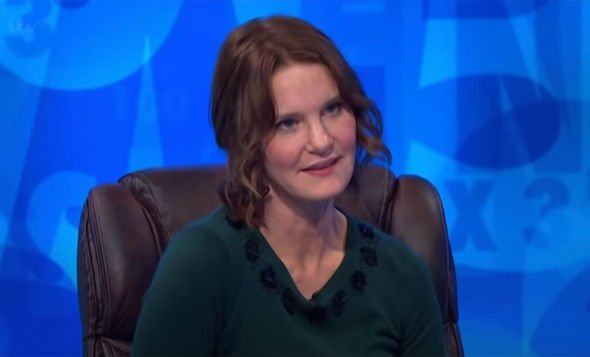 Susie admitted she was “terrified” as she had previously said no to signing up to the show three times.

“Basically there was an arrangement with OUP where I worked and we published the dictionary they used on the show and my boss said, ‘I think this will be a really good thing for you to do,’ and there was loads of us that rotated.

“It just wasn’t something I felt I wanted to do,” she added. “I like being above the radar.”

She went on to say: “I said no and then eventually, I was persuaded.” 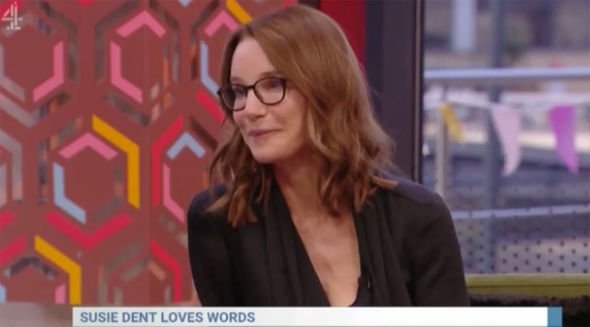 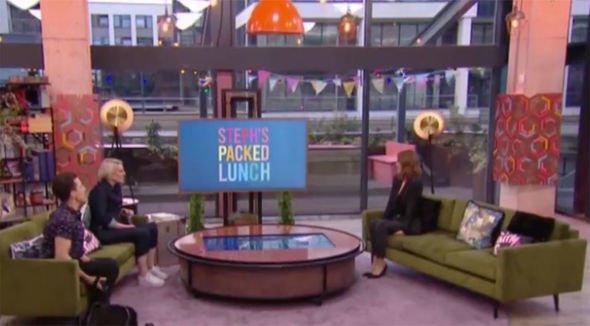 The lexicographer added she was glad she finally said yes to the show as she has enjoyed it ever since.

She then joked: “Thank God Rula Lenska had big hair at the time because I was hiding behind her.”

Susie first joined the show when long-serving presenter Richard Whiteley was the host.

The show is now presented by Nick Hewer alongside Susie and maths whizz Rachel Riley.

Meanwhile, Susie went on to discuss her new book Word Perfect with Steph.

Ahead of its release, she admitted her “stomach turned” after realising her new novel had been published with numerous spelling errors.

She told Radio Times: “On Thursday 1 October I eagerly opened a parcel containing a copy of my book, which was publishing on that very day.

“A quick look at the text, however, made my stomach turn.

“I spotted a typo that I knew had been corrected at an earlier proof stage.”

Susie then discovered the wrong version of the book, which contained “innumerable typesetting errors”, was published instead of the edited finalised version.

The Countdown veteran put the error down to publishers being rushed, due to the ongoing coronavirus pandemic.

Thankfully, an edited version of the book has since been released.