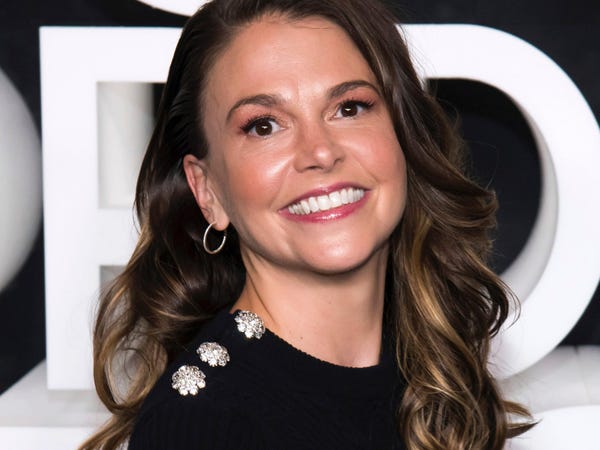 The 45-year-old actress answered some rapid-fire questions for Insider about the artist she'd love to collaborate with, what fans can expect when "Younger" returns for season seven, her partnership with LACTAID (which is 100% real milk, just without the lactose), and more.

What's the best advice a celebrity gave you?

What was the last thing you bought online?

Dream collaborator or person you wish to work with?

A book you think everyone should read?

"To Kill a Mockingbird."

What's the last show you binged?

I just watched "Glow Up" on Netflix. It's an awesome reality show about makeup and it's super inspiring.

What is one of your favorite phrases or quotes?

Who's one artist or song that's always on your playlists?

What is a career moment you're most proud of?

Performing at the Kennedy Center Honors.

If you had to be on a reality TV show which one would you be in?

Can you talk about your partnership with LACTAID and why it was a natural fit for you?

I'm excited to continue my partnership with LACTAID because I'm a huge fan. Some people don't realize LACTAID is 100% real milk, just without the lactose. It's the milk we use in our home because it doesn't bother sensitive stomachs, like mine, and with a 3-year-old daughter, we tend to consume a lot of milk.

What activities and routines are keeping you sane during this unpredictable time?

I've been working out a lot. I'm also relishing all the time at home with my family, including spending time and getting creative in the kitchen with my daughter, Emily. We've come up with some great recipes, including smoothies and sweet treats where we use LACTAID.

L is for my partner, @Lactaid! Today, Emily and I made these delicious and fun @SesameStreet inspired Cookie Monster Smoothie Bowls? ?Om Nom Nom Nom. The best part about this (besides the beautiful vibrant blue color) is adding LACTAID to the recipe, which means it’s 100% real milk, just without the lactose and doesn’t cause me any discomfort. Check out the recipe in my comments to make your own healthy Cookie Monster bowl! #MilktheMoments

Is there anything you've learned about yourself during quarantine that you didn't realize before?

I enjoy the space, the quiet, the bugs, the grass, lawnmowers, and driving a car. I also have learned how to stock a fridge, meal plan, and how to freeze and thaw food.

What's your advice for parents who might be struggling to find a balance with raising kids, homeschooling, and working amid the pandemic?

Be patient with yourself. I constantly have to remind myself that I am doing the best I can. Some days are easier than others. Just take it one day at a time, sometimes one hour at a time.

"Younger" creator Darren Star recently said that the upcoming season will "unofficially" be the final one. What are you going to miss most about the show when it ends?

"Younger" has been one of the best jobs I've ever had and working with the cast and crew has been a DREAM.

When it ends, I will miss seeing everyone. I will miss playing Liza, but I'm grateful that the show exists. It will forever and I'm so happy it was made at a time where TV is so accessible and so many people have found it and more will continue to find it.

What has it meant to you to see your character evolve from how she was first introduced to where she is now?

It's been amazing to watch Liza come into her true self. And in so many ways I have evolved right along with her. I think in season seven she is her most authentic self. Fully open about her age and powerful in her job. I am proud of her and proud of her journey.

What can fans expect when "Younger" returns for season seven?

I think fans can expect for us to pick up right where we left off at the end of season six. And plenty of antics and emotional and hilarious moments.