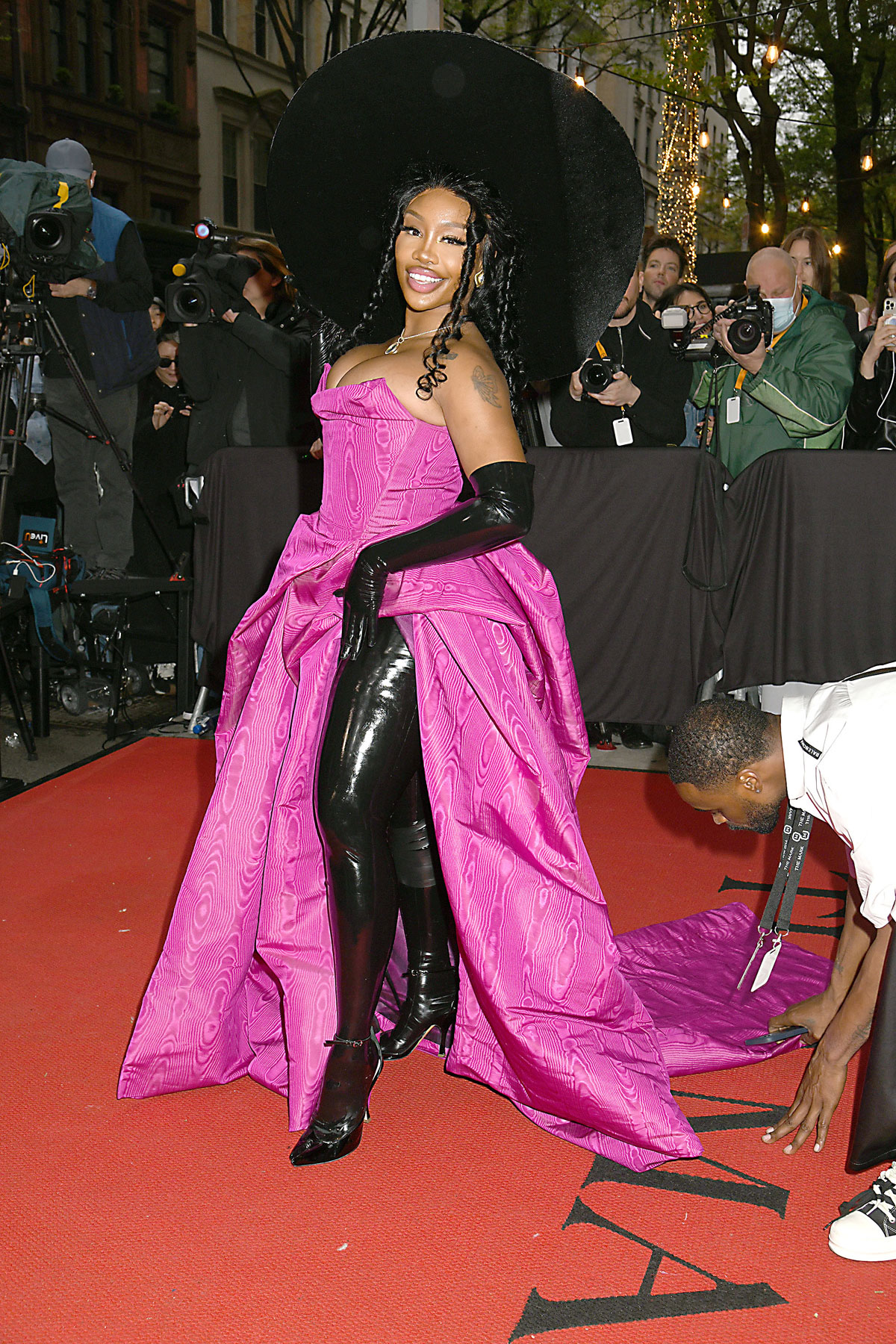 SZA has been around for a while now. She has some really good songs, but other than that, all I know of her is that she gives hippie vibes being into crystals and that she dated Drake when they were college-age. SZA has been to the Met Gala at least twice — once in 2018 and again this year. She looked like she was having fun on the red carpet, but apparently that was not the case. In an interview for Mental Health Awareness Month, SZA spoke about her anxiety in general, but then explained that she left the party early because she “hated [her] outfit” and felt overwhelmed, going so far as to sneak out the back and find a cab shoeless to avoid being photographed.

SZA is getting candid about her experiences with anxiety.

In an interview with Finish Line Women’s Community Voices series for Mental Health Awareness Month, the 32-year-old “Good Days” singer revealed she left the 2022 Met Gala early after feeling “overwhelmed” and spoke about how fame and artistic pressure affect her mental wellness.

Speaking about social media trolls and how they impact her own thoughts, SZA revealed it’s difficult when hateful comments reflect her actual insecurities. “It’s weird sometimes, when your personal thoughts and feelings align with some of the things people say about you,” she told the outlet. “It’s hard not to fall into that weird hole of self-loathing.”

She also opened up about the “exhaustion” that’s followed her throughout the music industry, especially as a result of the “pressure of dropping another album” following 2017’s Ctrl.

“The physical exhaustion, the mental exhaustion does not come from making music,” divulged SZA. “But the exhaustion really comes from expectations, berating, and dehumanizing from outside forces. And that s— makes me feel like, ‘Why am I doing this? Why would I set myself up to be bodied like this on a regular basis?’”

Offering another example of mental health struggles, SZA said she felt “overwhelmed” at the 2022 Met Gala, where she donned a strapless magenta Vivienne Westwood gown with black latex gloves and matching boots as well as a large, asymmetrical hat.

“I hated my outfit. That was another mental health thing,” she explained. “You want to do your job, you want to show up, and all these people are excited for you to be there, but it’s like, ‘Damn, I don’t feel confident,’ or ‘I don’t feel comfortable,’ or it’s like, ‘Oh, if my dress doesn’t fit…,’ and then there’s all this weird comparison, and it’s really unhealthy. And it’s like, damn, some people, like Lizzo, can have a really good time regardless of what is happening.”

She then detailed the complex process of exiting the Met Gala without being photographed. “For me, it’s like, I snuck out the back as soon as Lenny Kravitz hit the stage because I was feeling very like, ‘Whoa, my anxiety’s going crazy,’” continued SZA. “So much so that I couldn’t walk down the main steps to exit. I took a cab. I walked like three city blocks with no shoes on…”

“I just tiptoed a couple blocks and caught a yellow cab back to my hotel because I was just overwhelmed,” she recalled. “I had too much anxiety to wait for my cab in front of the crowd, and take pictures, and all those things. I didn’t want to do that. So I was looking like a little dirty Cinderella running away with my shoes.”

I also suffer from anxiety so I went into this expecting to feel really sympathetic, but came out of it a little eye-rolley after the Met story. I was with her when she was talking about general anxiety, insecurities, hateful comments, and the pressure of expectations and feeling dehumanized. I understand and empathize with that (in a general sense obviously because I am not a public figure). But her comments about the Met Gala rubbed me the wrong way for some reason. I don’t worship at the altar of Vogue/Anna Wintour and I definitely think it seems that the quality of the Met Gala fashion and guest list has declined in recent years. But I also think celebs still really want to go and getting an invite is considered exclusive and a boon to their image, etc. She could have bowed out of going. If she didn’t like her outfit or felt it was uncomfortable weren’t there opportunities to say so and potentially make alterations during the (likely) multiple fittings before the event? And why project and make assumptions about Lizzo’s ability to have a good time? If SZA hated it and we couldn’t tell, maybe Lizzo hated it and SZA couldn’t tell. Good for SZA for removing herself from a situation in which she felt uncomfortable and unhappy, but the whole Met Gala story just seems like champagne problems to me.

Even the caption here! If it’s such an ordeal, then next time don’t go. 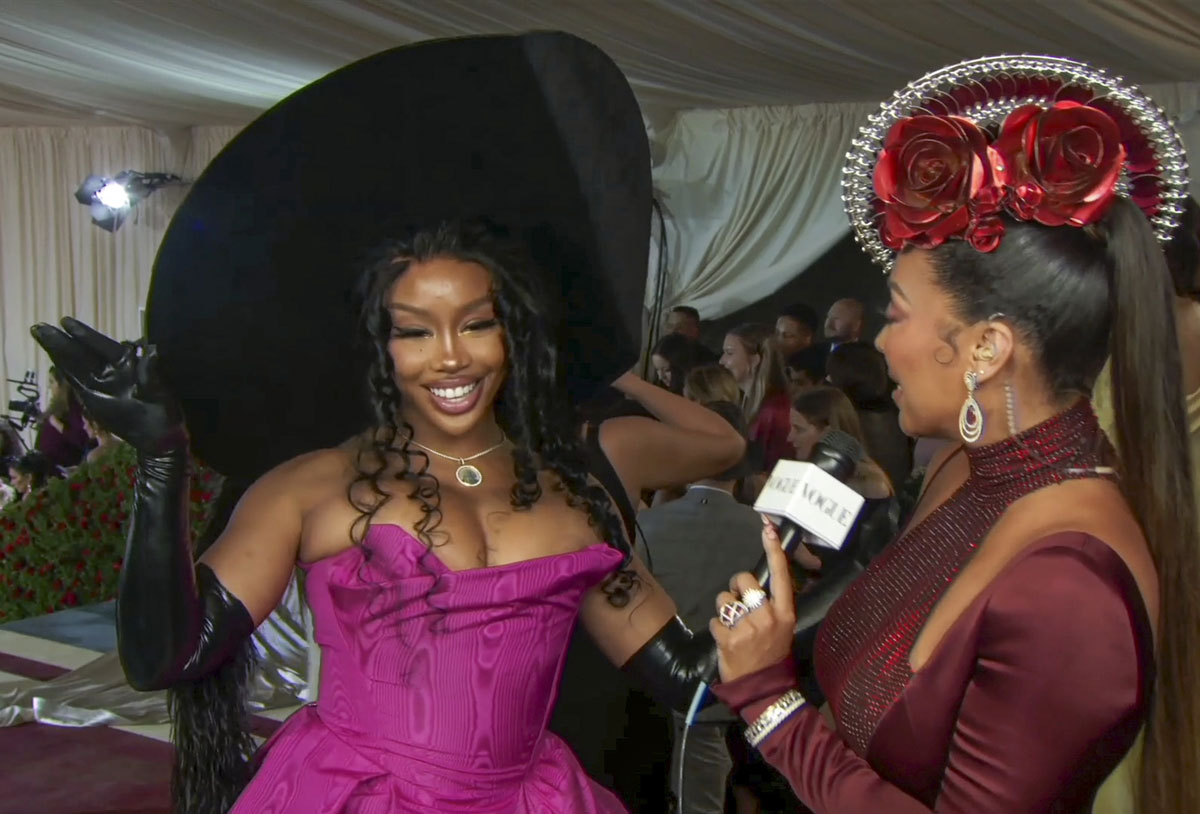 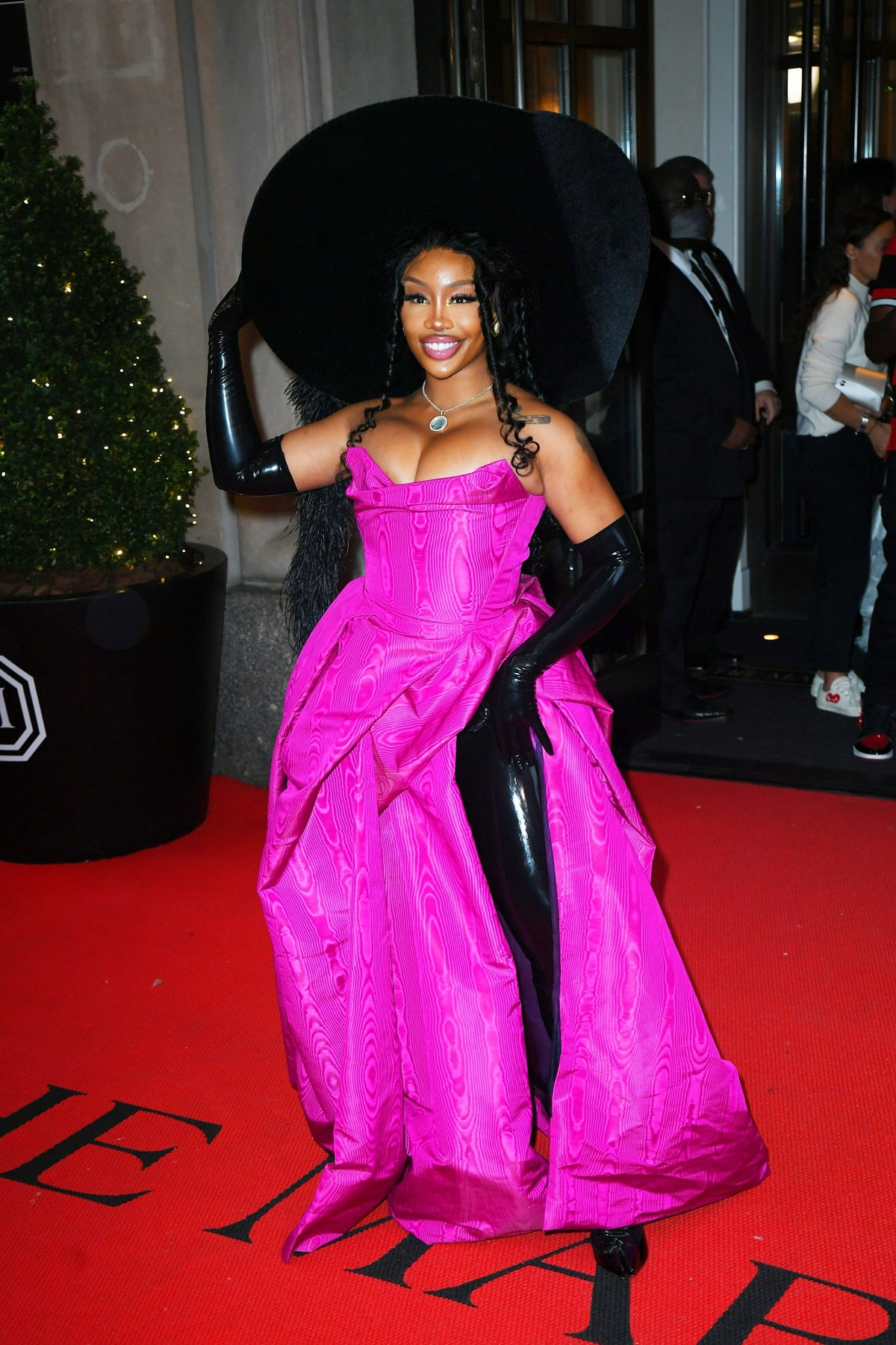