On March 27, Tamar Braxton accused ex-fiance David Adefeso of cheating during their relationship. Now he’s reportedly firing back with a cease and desist letter.

At one point during their 2020 split, Tamar Braxton and David Adefeso seemed like (somewhat) amicable exes — however, that ship has clearly sailed. Following the singer‘s public accusation on Twitter, in which she claimed her ex-fiance was unfaithful in 2019, with his “then-assistant,” David and his lawyers are firing back in legal documents obtained by TMZ.

In a statement to TMZ, David said he’s ‘disappointed’ that his ex “continues to make fabricated accusations about our relationship and has now created a false narrative of an affair that never occurred.” Additionally, David denied cheating on Tamar during their relationship. HollywoodLife has reached out to a representative for Tamar for comment. The singer has not publicly addressed the new report. 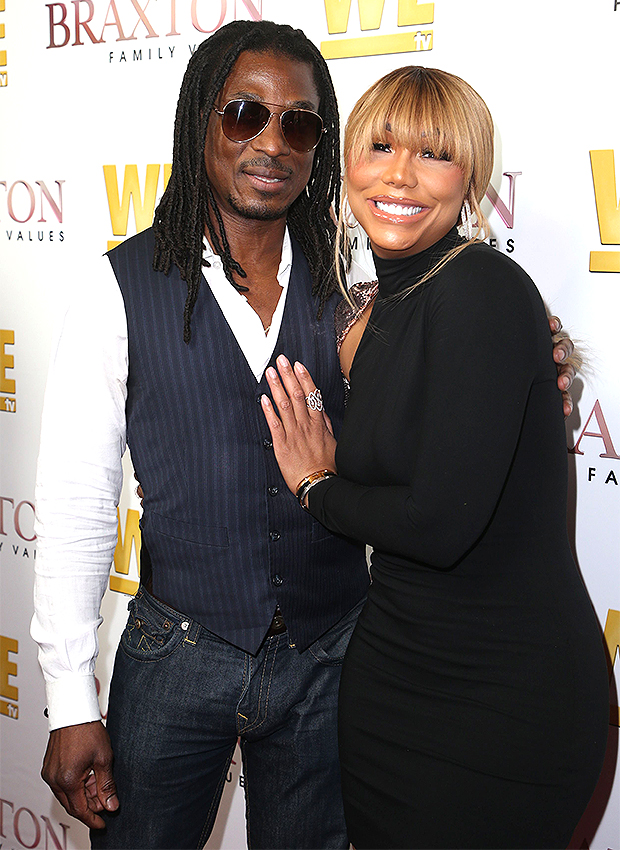 Tamar and David are believed to have split sometime between July and September of 2020. In July, the two seemed to still be an item when David called 911 after discovering Tamar unconsious at an LA hotel, where she later admitted that she attempted to “end” her life after feeling “overworked” and “underpaid.” In a separate, since-deleted post from August of 2020, Tamar publicly thanked David for saving her life.

David alleged that he was a victim of domestic abuse, and claimed Tamar assaulted him while he was driving his car and threatened to have him killed — something she publicly denied while on The Tamron Hall Show. Elsewhere in the live video, David denied accusations of physically abusing Tamar, calling the claims “a complete and absolute falsehood.” David said, “I never laid a hand on Tamar Braxton, or any woman, in my entire life.”

He continued, “I will never, ever bring myself to attack Tamar, somebody I’ve spent so long with… [but] I’ll speak the truth. I’ve been a victim of domestic violence, of domestic assault. I was attacked.”

The restraining order was eventually dismissed after both parties never showed up in court, according to TMZ.