Bachelor Nation buddies. Tanner Tolbert admitted he felt for Peter Weber during his turbulent season of The Bachelor.

“Peter, that poor bastard had a rough go, I feel, honestly,” Tolbert, 33, told Us Weekly exclusively on Thursday, May 7, while promoting his partnership with Nutrisystem. “I think he was just too indecisive for that role looking back it.”

The Bachelor in Paradise alum pointed to the pilot’s desire to please the masses as the reason for his explosive finale and failed engagement to Hannah Ann Sluss. 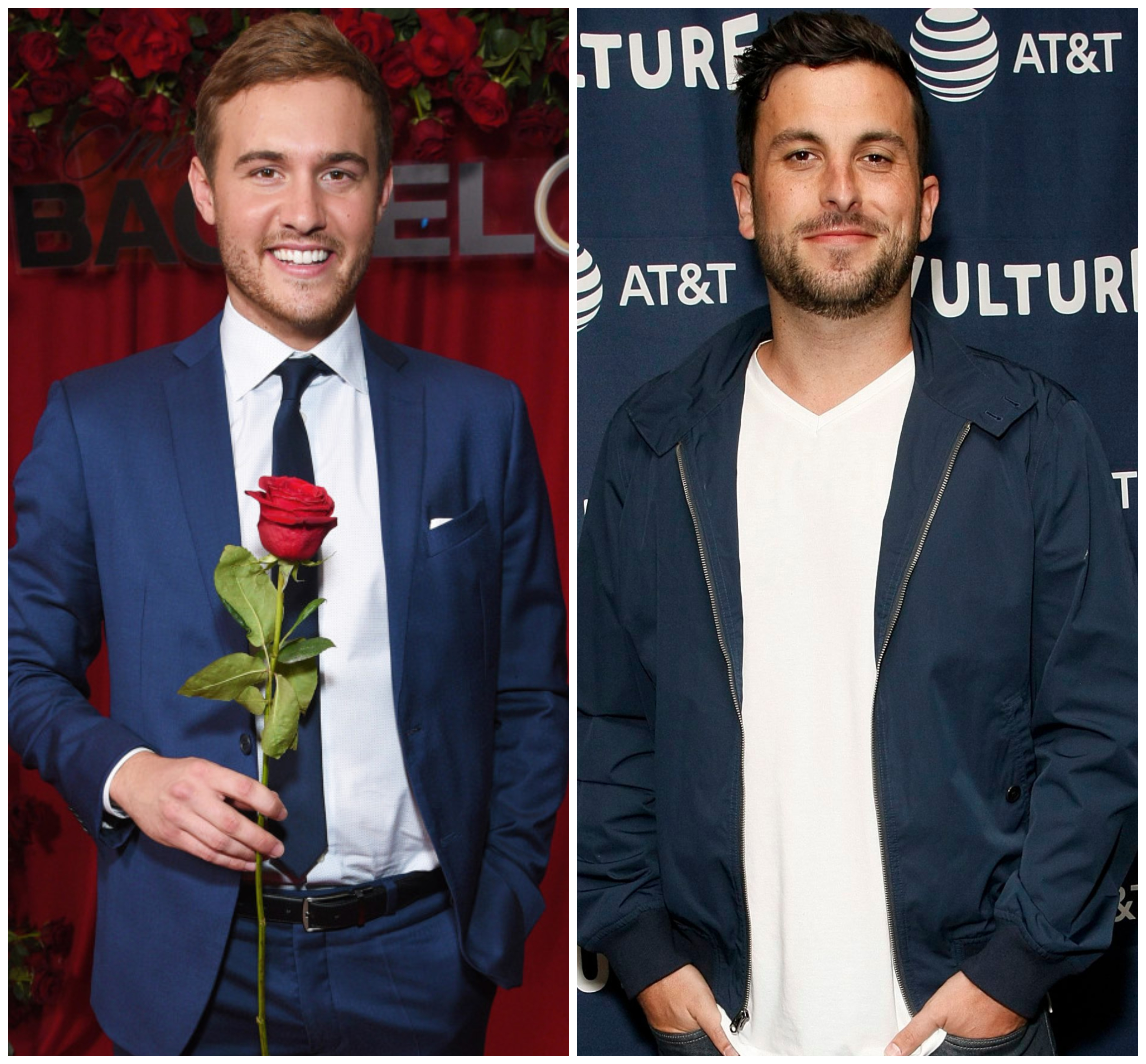 “I feel like he tried to make too many people happy, whereas if he just focused on making himself happy, he would have probably done a better job and have a better outcome,” Tolbert explained. “Yeah, he had a rough go at it.”

The father of two added: “I think guys like Arie [Luyendyk Jr.] and Juan Pablo [Galavis] are probably clapping their hands because it’s another guy giving them a run for their money.”

Following Weber’s finale earlier this year, the reality TV star, 28, was briefly linked to his runner-up, Madison Prewett, before quarantining with contestant Kelley Flanagan in March. Us broke the news in April that the duo are dating.

“I think that people nowadays on the show, more and more are — they meet each other outside of the show and relationships happen,” Tolbert’s wife, Jade Roper, told Us. “He obviously had met Kelley before and there was a connection.”

The Colorado native, 33, continued: “If he’s happy then I think we should be happy for him.”

Roper explained that she’s heard fans saying that the couple’s relationship must’ve been planned, but according to her that shouldn’t matter at all, even if it’s true.

“I’ve read people saying that, ‘They were going to be together in the end anyway,’ and all this stuff. You want to wish him happiness, no matter what,” she said. “I feel like I hope they’re happy.”

While Weber and Flanagan, 28, have been showing off their love while staying together in Chicago, Tolbert and Roper have been discussing whether or not they’ll expand their family in the quarantine baby boom.

“We’ve talked about it. I think Jade definitely wants one,” the Missouri native told Us in May. “I am on the fence. More and more as time goes on, I think I’m joining her side for like, ‘OK, a third would be kind of cool to have.’”

The lovebirds, who wed in January 2016, are parents of daughter Emerson, 2, and son Brooks, 8 months.