Yes, he snagged the first impression rose. But Tayshia Adams and Spencer Robertson’s body language still has a lot of those awkward we-barely-know-each-other vibes. "I think they’re into each other," Traci Brown, body language expert and author of Persuasion Point: Body Language and Speech for Influence said after analyzing images of Adams and Robertson from the Nov. 10 episode. Having said that, Brown also notes "it’s pretty early in the relationship and they’re not 100 percent comfortable with each other yet."

ICYMI: Robertson, a 30-year-old water treatment engineer from La Jolla, California, is one of four extra guys they added to Clare Crawley’s batch of contestants specifically for Adams. Adams was a big fan of Robertson’s from the get-go, literally dubbing him “hot hot hot” as soon he got out of the limo.

The other dudes weren’t his biggest fan, especially after he jokingly snubbed them, asking, “how many of you guys were here for Clare?" Contestant Kenny Braasch went so far as to say Robertson "seems like he’s here just to be a d*ck." Buuut Adams had a different take on him. “He’s super sweet, he’s super nice and he’s cute," she gushed after he pulled her away to chat privately. "He’s definitely a guy I would go after." "She’s guiding his head with her hand and has somewhat of a death grip on him with her other hand," Brown says of this shot. "So, she knows she’s in control here."

He wants that rose real bad. 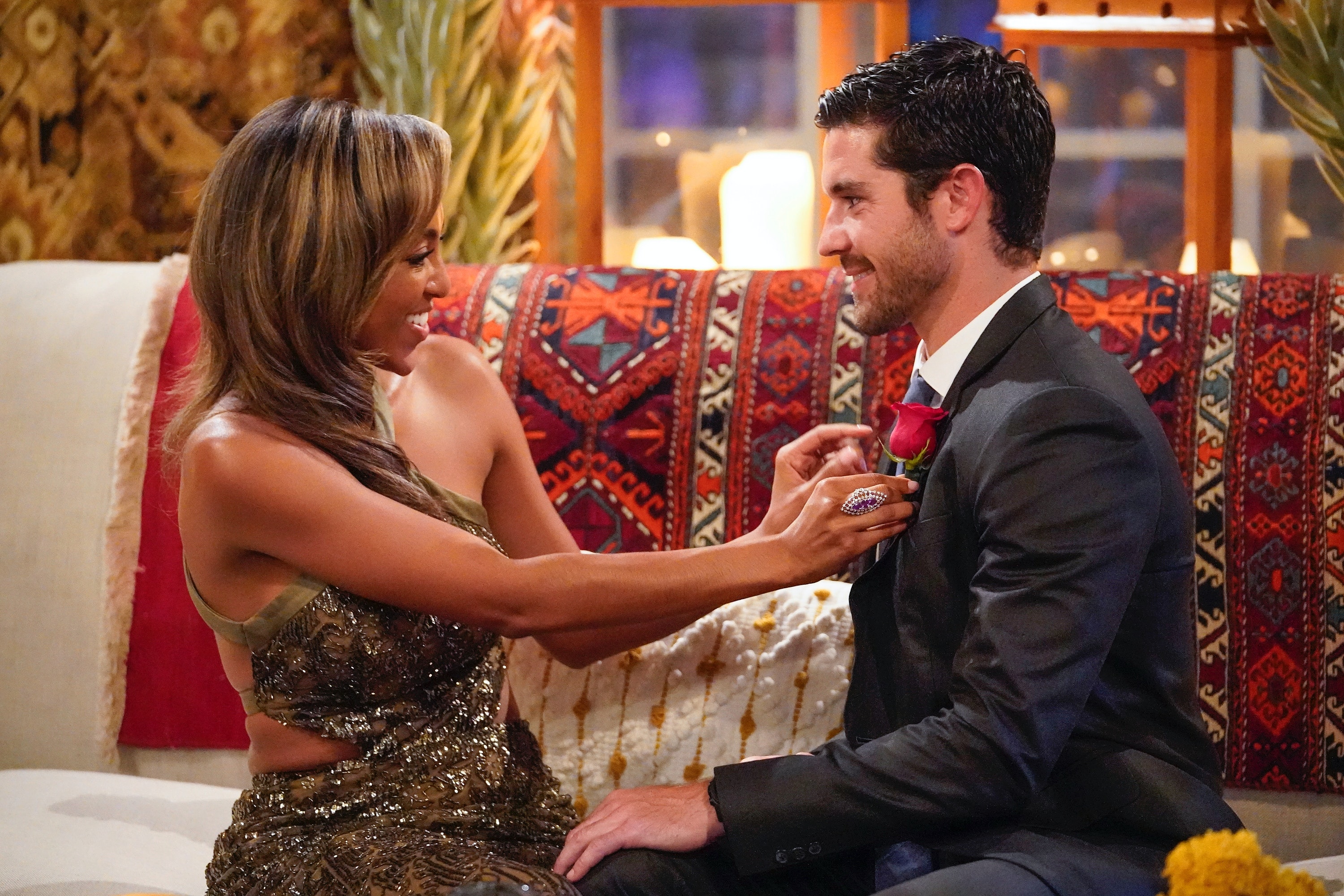 Luckily, he doesn’t seem to mind her being in the driver’s seat. If anything, he just wants her to like him. Of this shot, Brown says "he’s really looking to her for approval here."

The first impression doesn’t spare you from awk moments. If it looks like they’re not totally in sync here, that’s because they’re not. "They’re both leaning away a little bit," Brown notes. "Seems like he’s surprised her with something he’s said. So this isn’t their closest moment."

There’s a closeness that was missing. "They’re both still leaning away from each other even though they’re holding hands," says Brown of this shot. "So this isn’t their closest moment either."

They were attracted to each other right off the bat. 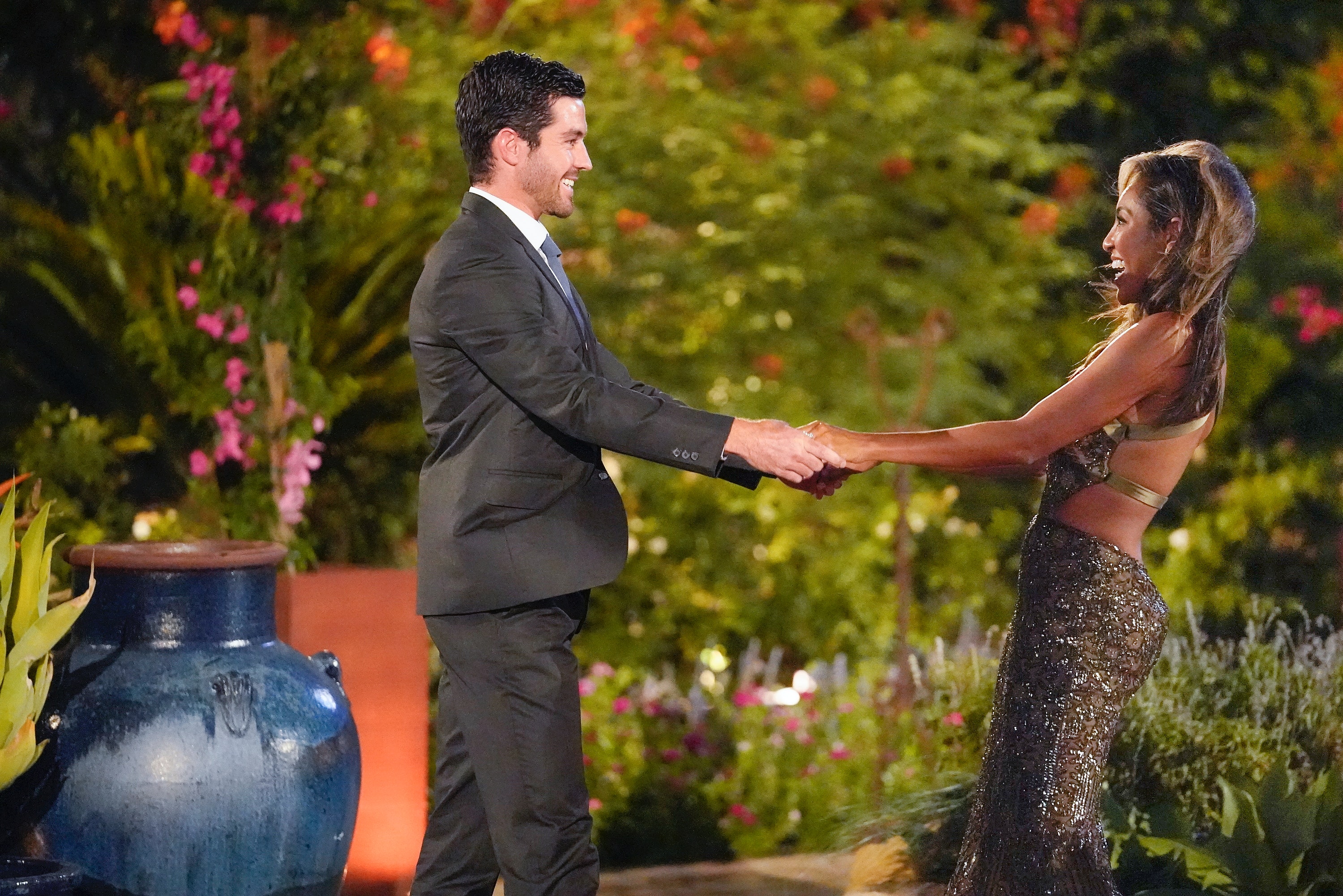 "They’re reaching for each other and leaning back just to get a good look at each other," Brown says of them here. "They seem to both have a super happy smile on their face. This is a good time for both of them."

There’s still a long way to go for these two. 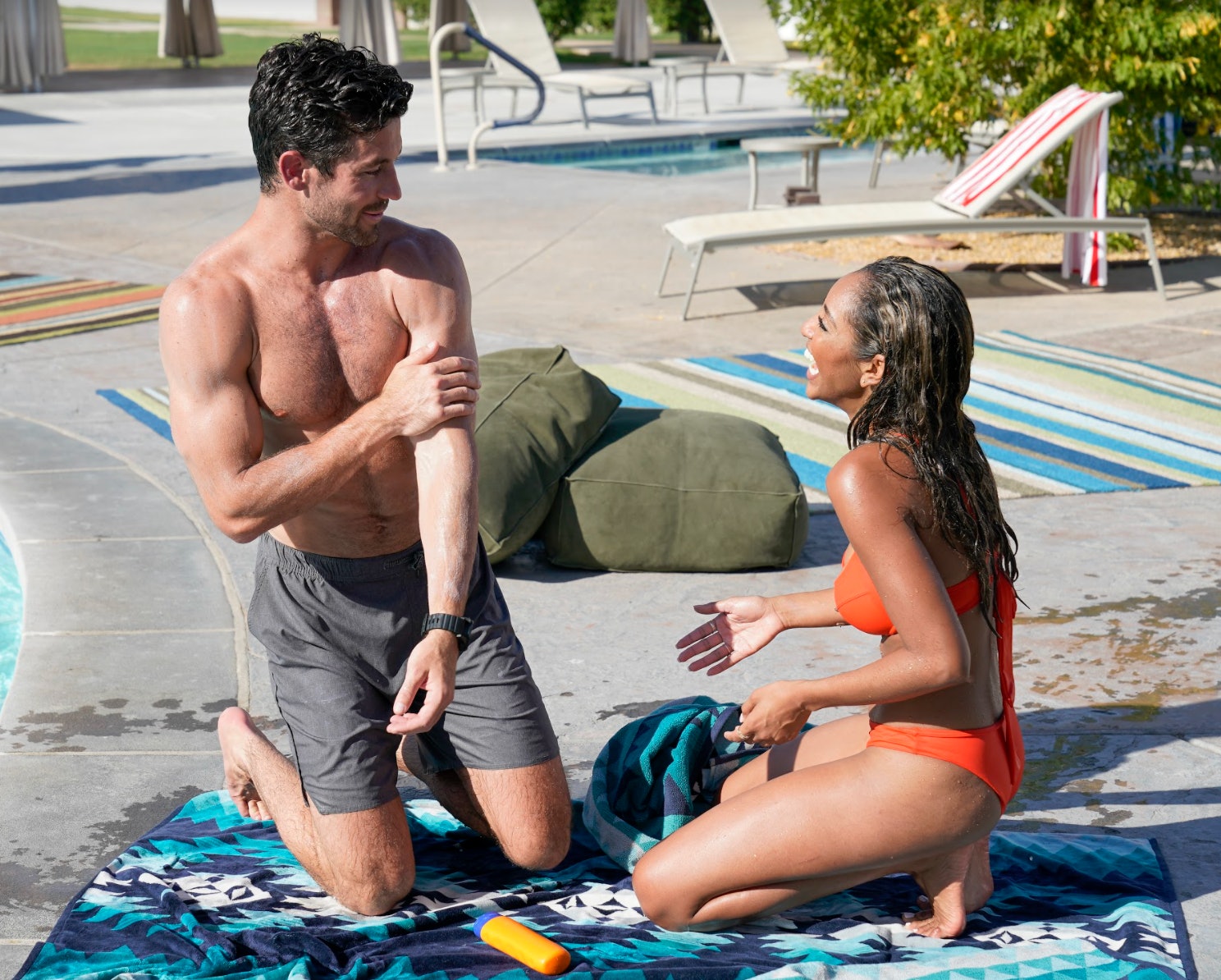 He may have that first impression rose, but he’s still got some work to do in the intimacy department if he’s trying to win this thing. "They’re clearly having a good time playing around but he’s leaning away," Brown says of this shot. "I haven’t seen them super close as a team playing on even ground yet!!"

Here’s to hoping they develop that closeness as the season goes on!