Senator Ted Cruz is blasting the NBA — and heaping praise on the WTA — for the stark difference in both sports leagues’ approaches to human rights violations perpetrated by China.

“I’ll tell ya something right now,” Cruz said, “The Women’s Tennis Association has bigger balls than the NBA. And I’d like to see courage be contagious and more people stand up.”

Cruz made the comments while discussing the vanishing of star tennis player Peng Shuai in an interview with the “Clay Travis and Buck Sexton Show” on Thursday … as top athletes and organizations across the country have demanded proof the star tennis is okay.

“The Women’s Tennis Association has shown extraordinary courage, calling out the Chinese communist government. Demanding that Peng Shuai be released and she be free, and they’ve put their money where their mouth is.”

Cruz went on to talk about the WTA canceling all events in China … a move he estimates could cost them “millions or hundreds of millions of dollars.”

That’s when the senator unloaded on the National Basketball Association.

Of course, Cruz is referring to the controversy ignited when then-Rockets GM Daryl Morey Tweeted support for protestors in Hong Kong in 2019.

China was furious … and Cruz believes the NBA caved to the country, prioritizing cash of human rights. Since Morey’s comments, James has taken heat for his perceived failure to highlight serious issues in China. 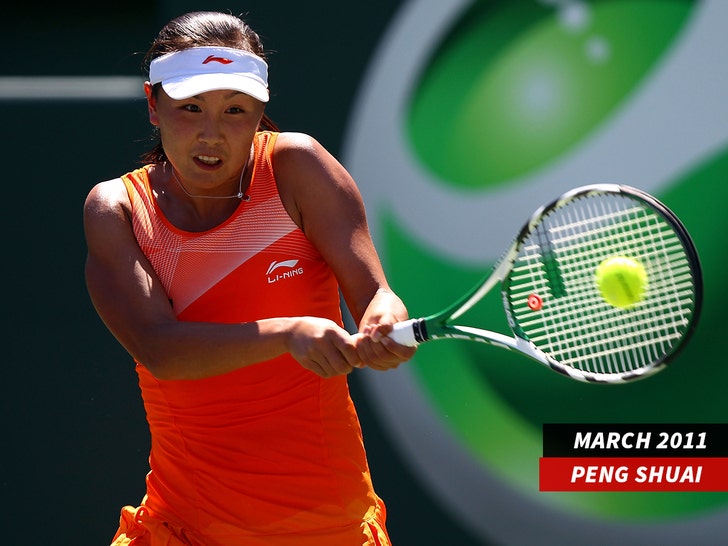 As far as Peng … she recently accused a powerful Chinese politician of sexually abusing her several years ago. Shortly after making the accusation on social media, the post was removed and Shuai seemingly disappeared.

In recent weeks many have accused China of trying to quell concern … appearing to trot Peng out in front of cameras to prove she was in no danger.

A statement attributed to Peng was also released … though many believe the writing to be highly suspicious.

Finally, Cruz said he was grateful for the WTA … adding he’d like to see more people do the same.

“I’d like to see courage be contagious, and more people stand up.”