Teyana Taylor, Kali Uchis and Miranda Lambert were among the stars missing the fashion mark at the 2022 Billboard Music Awards on Sunday night in Las Vegas.

Singer Teyana once again showed off her incredibly toned physique on the red carpet, however her overall look was overshadowed by some questionable styling decisions – including a pair of emo-inspired baggy black trousers and huge black platform boots.

The 31-year-old recording artist – who announced in 2020 that she was quitting music, though continues to perform – wore a sheer see-through top, a large chunky necklace and sunglasses to complete her futuristic look.

Kali Uchis turned heads in her corseted ketchup-colored look that featured a thigh high split at the side and matching gloves.

The 27-year-old Dead to Me singer also posed with a mini matching handbag accessory, but the overall look appeared somewhat dated rather than edgy and new.

Meanwhile, Miranda Lambert sadly was swallowed up her ill-fitting dark denim suit that did nothing for her figure.

Miranda, 38, who arrived with singer Elle King to perform together, put her hands on her hips as she posed at the event, but the finished result of her outfit felt underwhelming.

However, they weren’t the only ones making rookie mistakes in the style department.

DJ Khaled played it too safe in a lilac suit, which seemed out of place at the cool music event in Vegas. 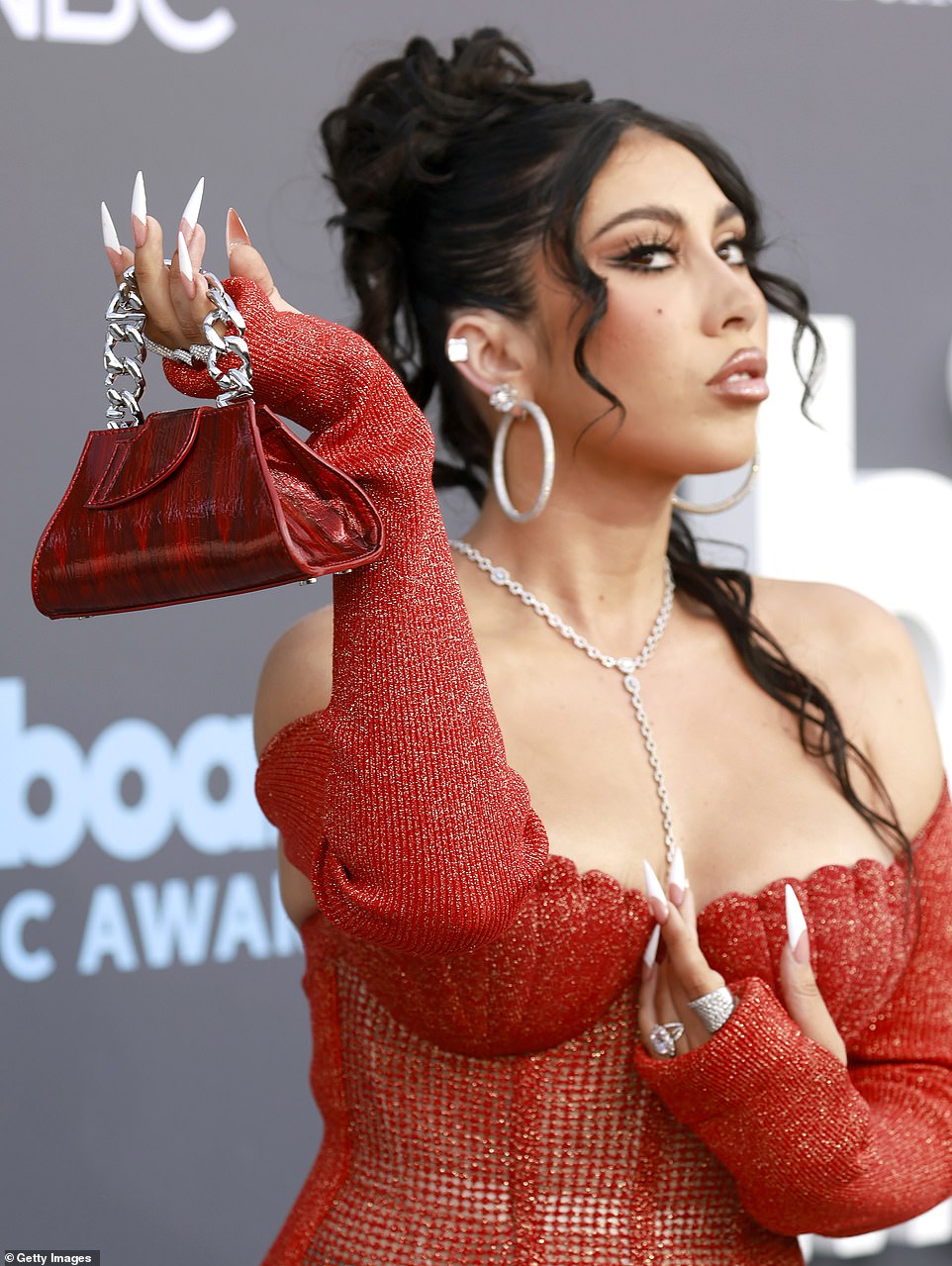 Talk to the handbag: Kali certainly stood out in the ketchup-colored gown 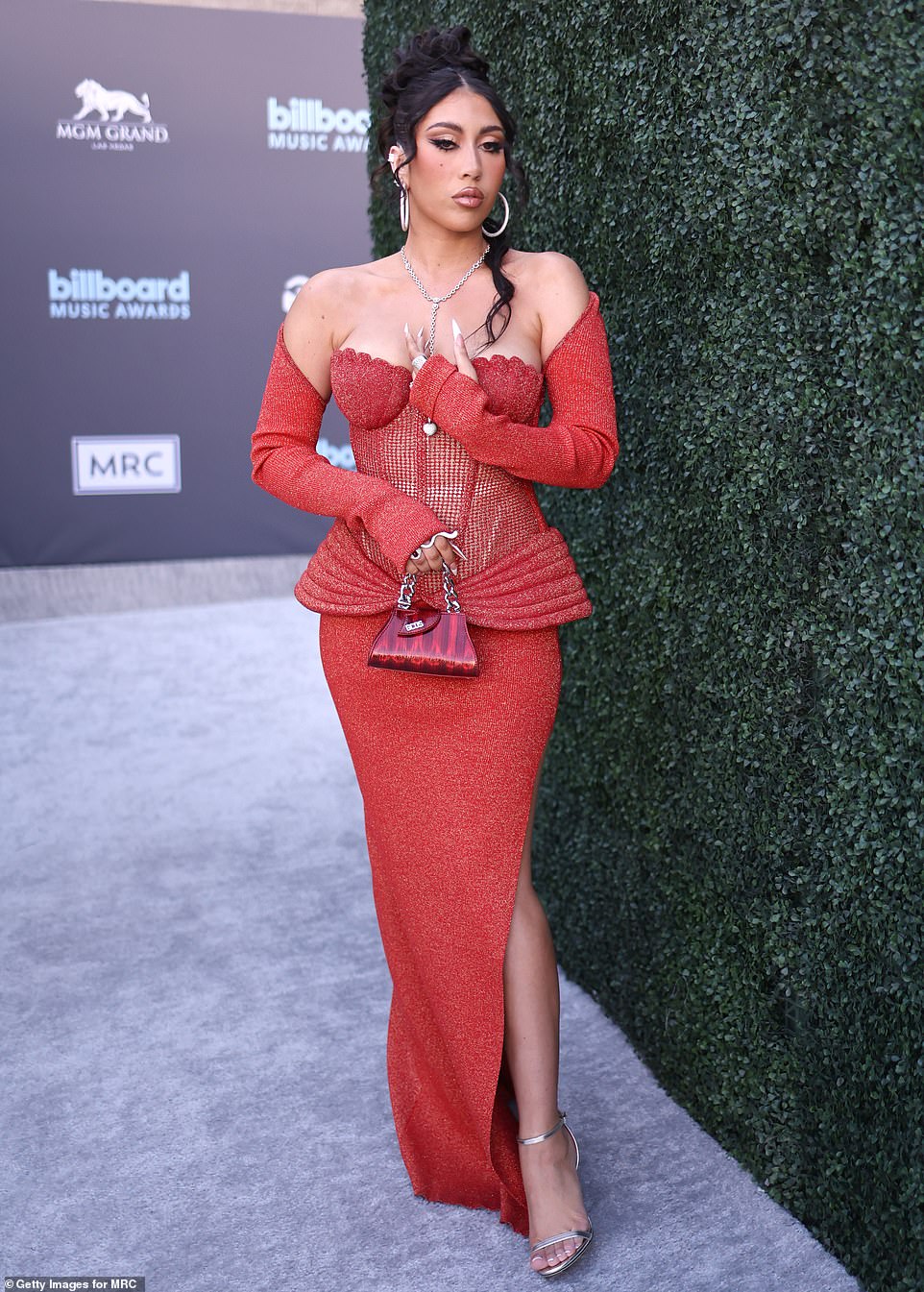 Over-styled: The 27-year-old Dead to Me singer also posed with a mini matching handbag accessory, but the overall look appeared somewhat dated rather than edgy and new 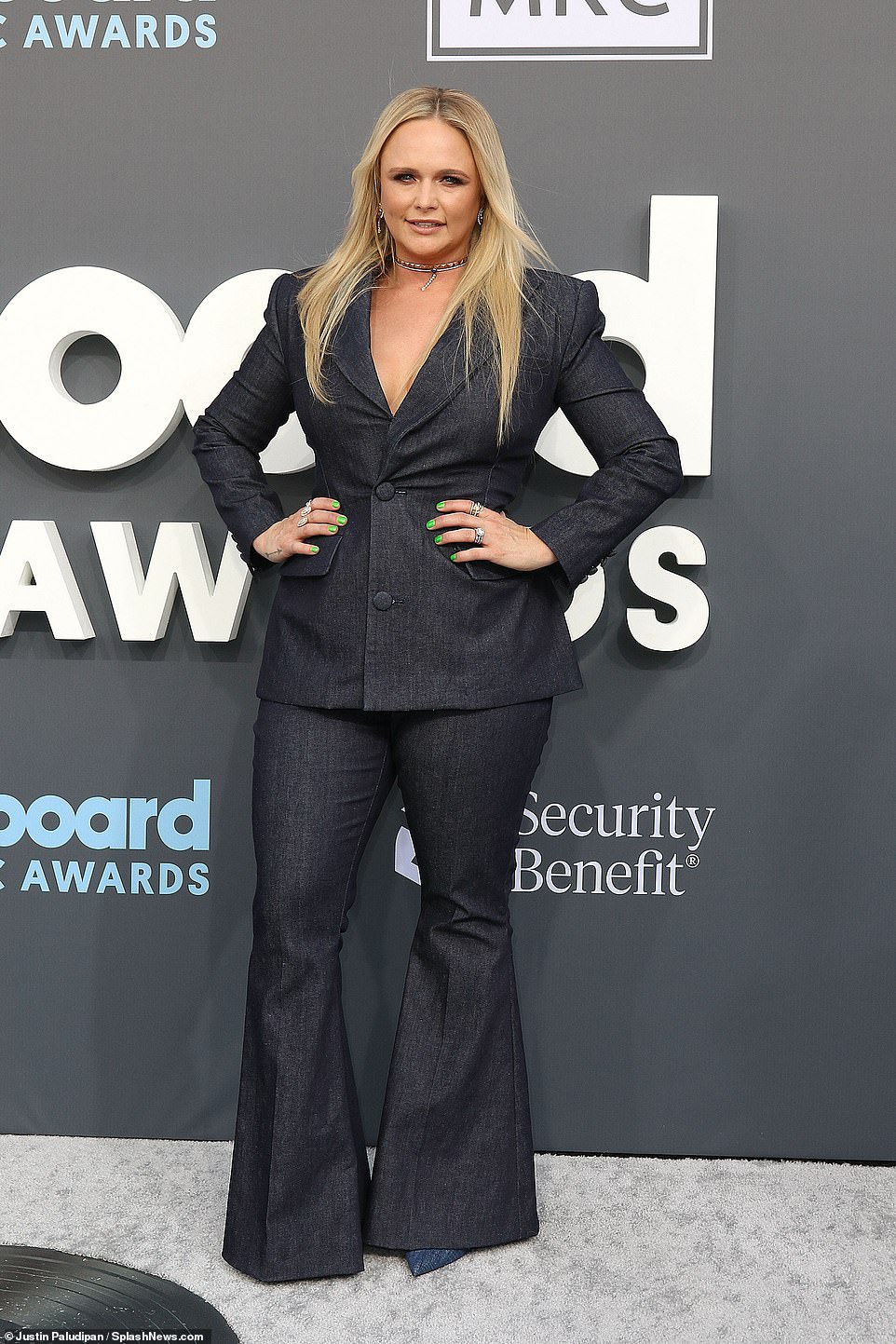 Danger in denim: Miranda’s outfit appeared to be in need of one more fitting before she left for the night

Actress Liza Koshy appeared to be wearing the world’s biggest belt for her outfit, but somehow it didn’t quite hold the whole look together.

Meanwhile, Sean ‘Diddy’ Combs is hosting the evening, exactly 25 years since he won his first Billboard Music Award in 1997 for his multi-platinum album No Way Out.

The evening will honor the year’s top performing artists on the Billboard Charts across all genres of music and showcase spectacular performances and surprise collaborations.

Among the musical acts confirmed is Travis Scott, who will be making his first TV appearance since his deadly Astroworld festival last year that left 10 fans dead.

Scott will be joined by a host of other performers on the evening, including Megan Thee Stallion, Ed Sheeran, Becky G, Elle King, Florence + The Machine, Maxwell, Morgan Wallen, and Silk Sonic.

As a part of the recognition, the ten-time BBMA winner will take the stage for a breathtaking performance that will make for one of the most memorable moments of the evening.

The award recognizes outstanding artists who have achieved excellence on the Billboard Charts and have made an indelible mark on music itself. 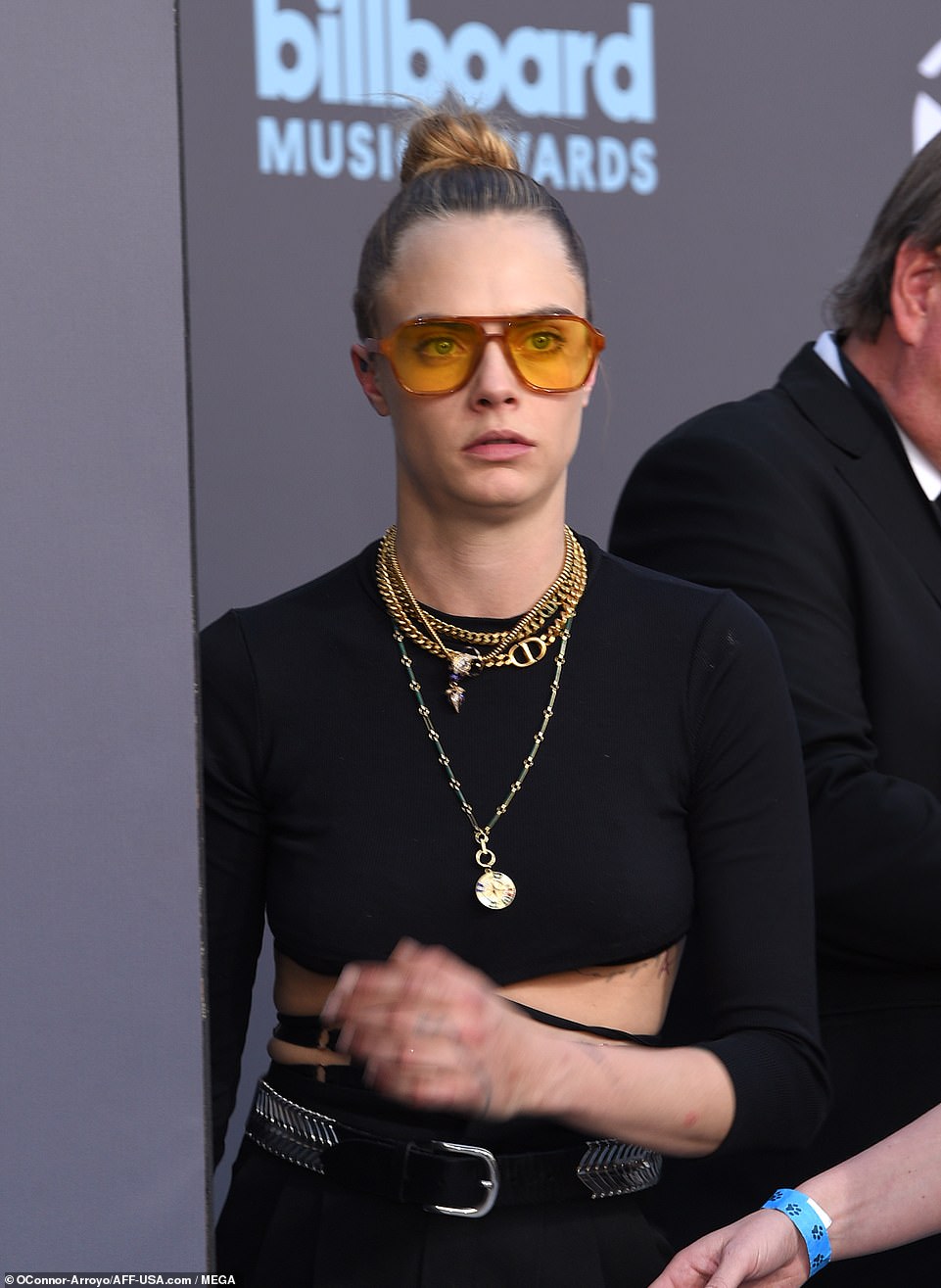 Off duty? Supermodel Cara Delevingne appeared to be having an off day on the red carpet, option for a more forgettable look 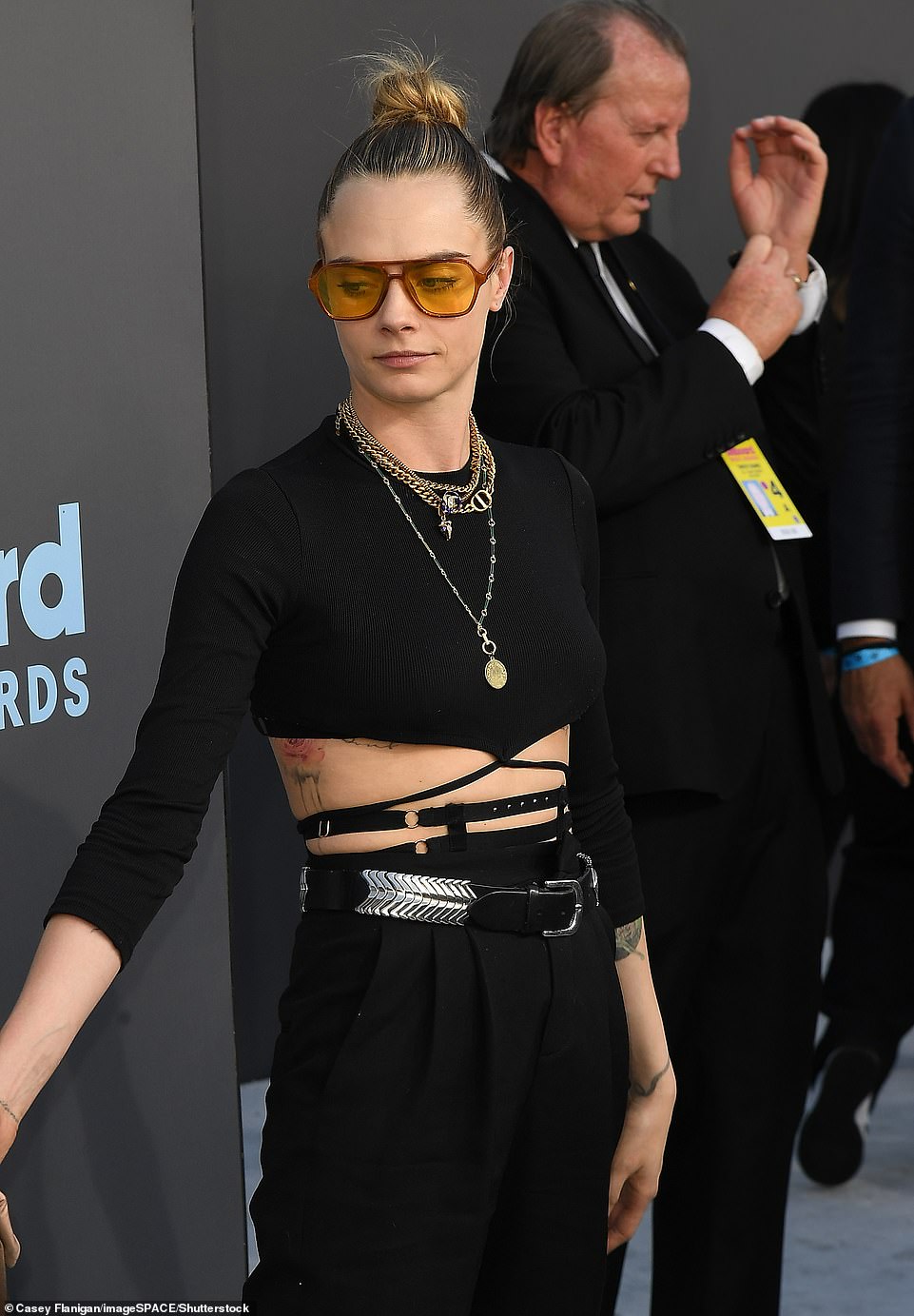 Part of the crew? With her simple all black ensemble, Cara faded into the background 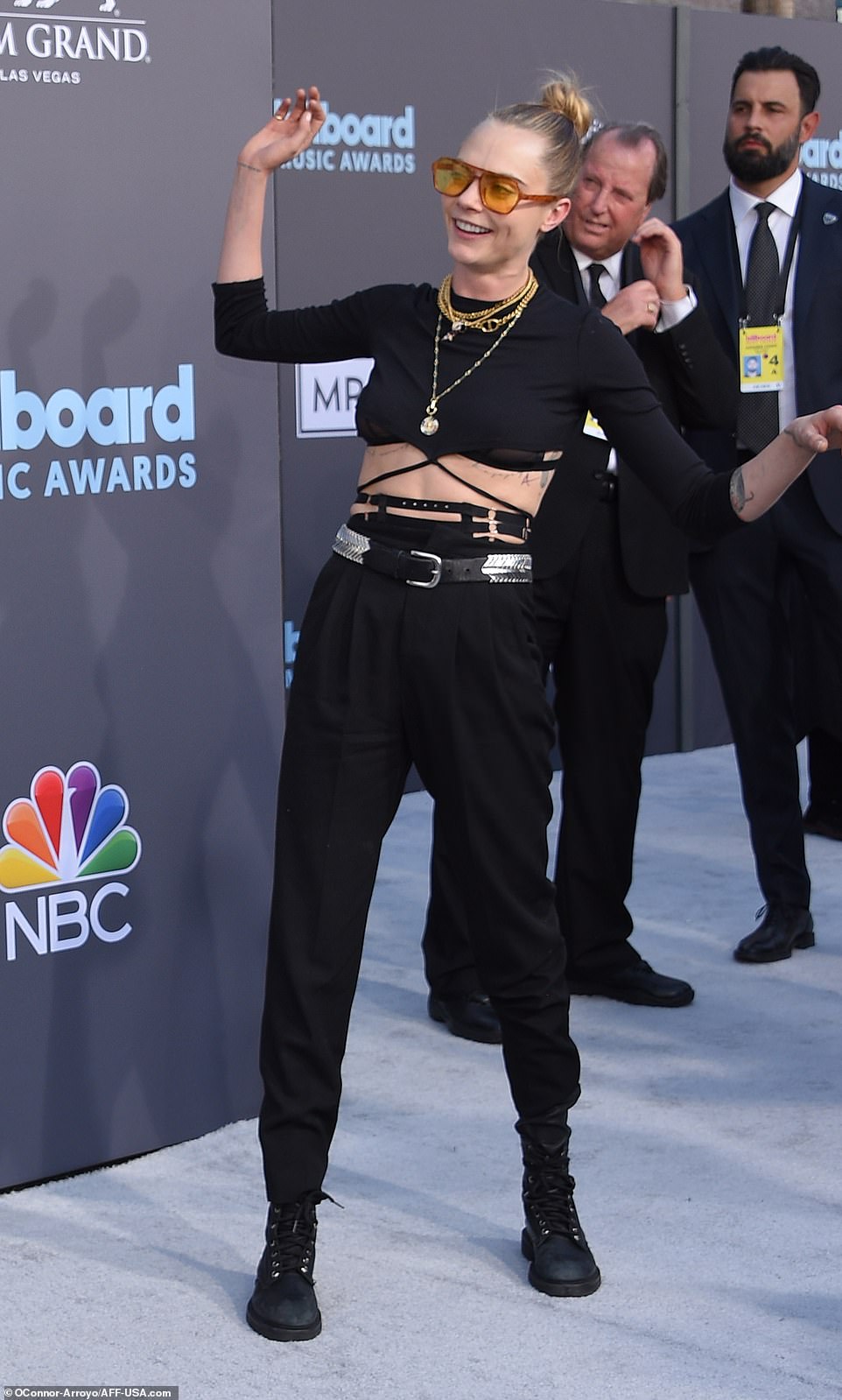 Not a standout: Cara did not appear to be trying very hard for her red carpet appearance

Buckle up! DJ Khaled played it safe in a lilac suit while Liza Koshy went overboard with her belt 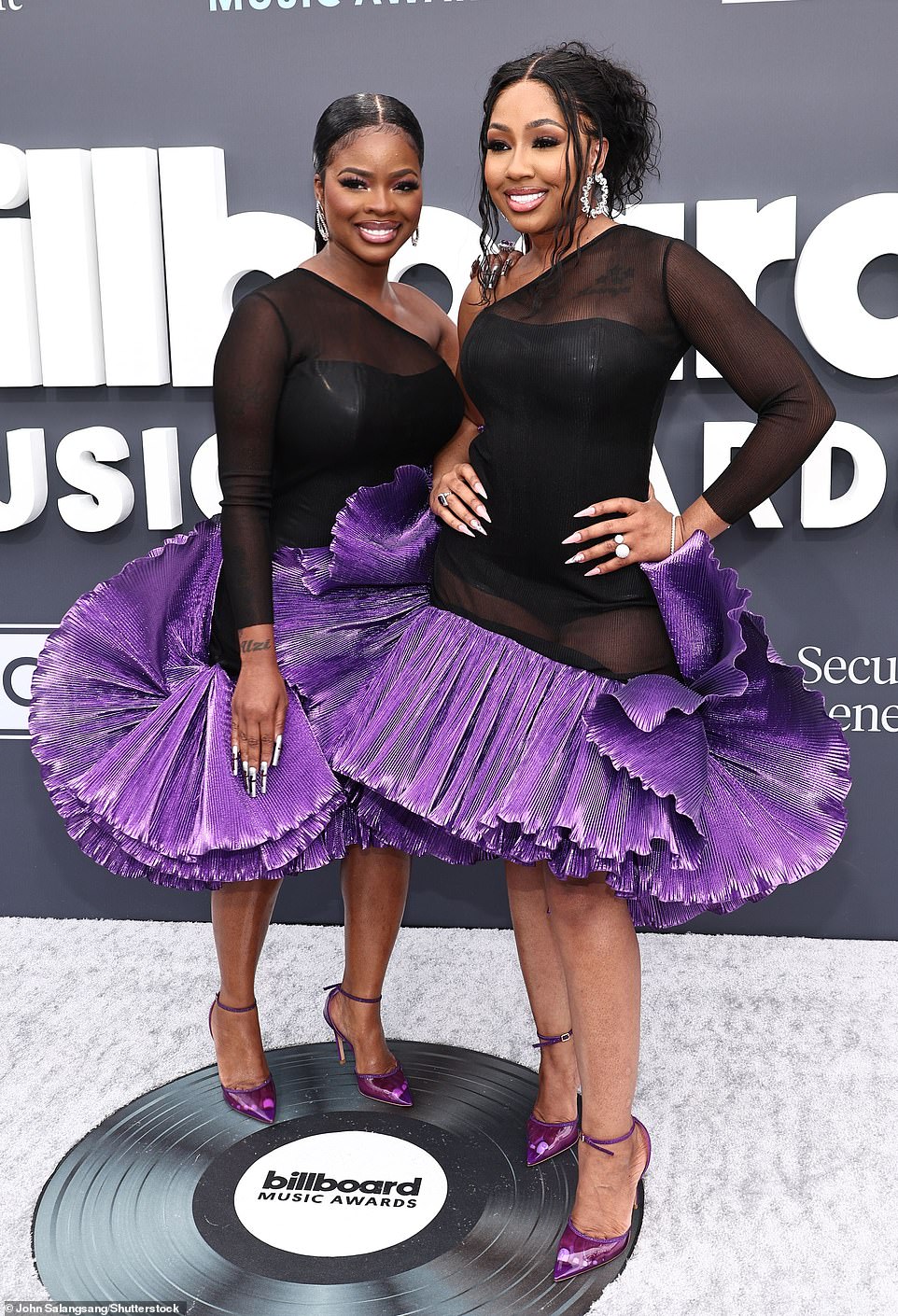 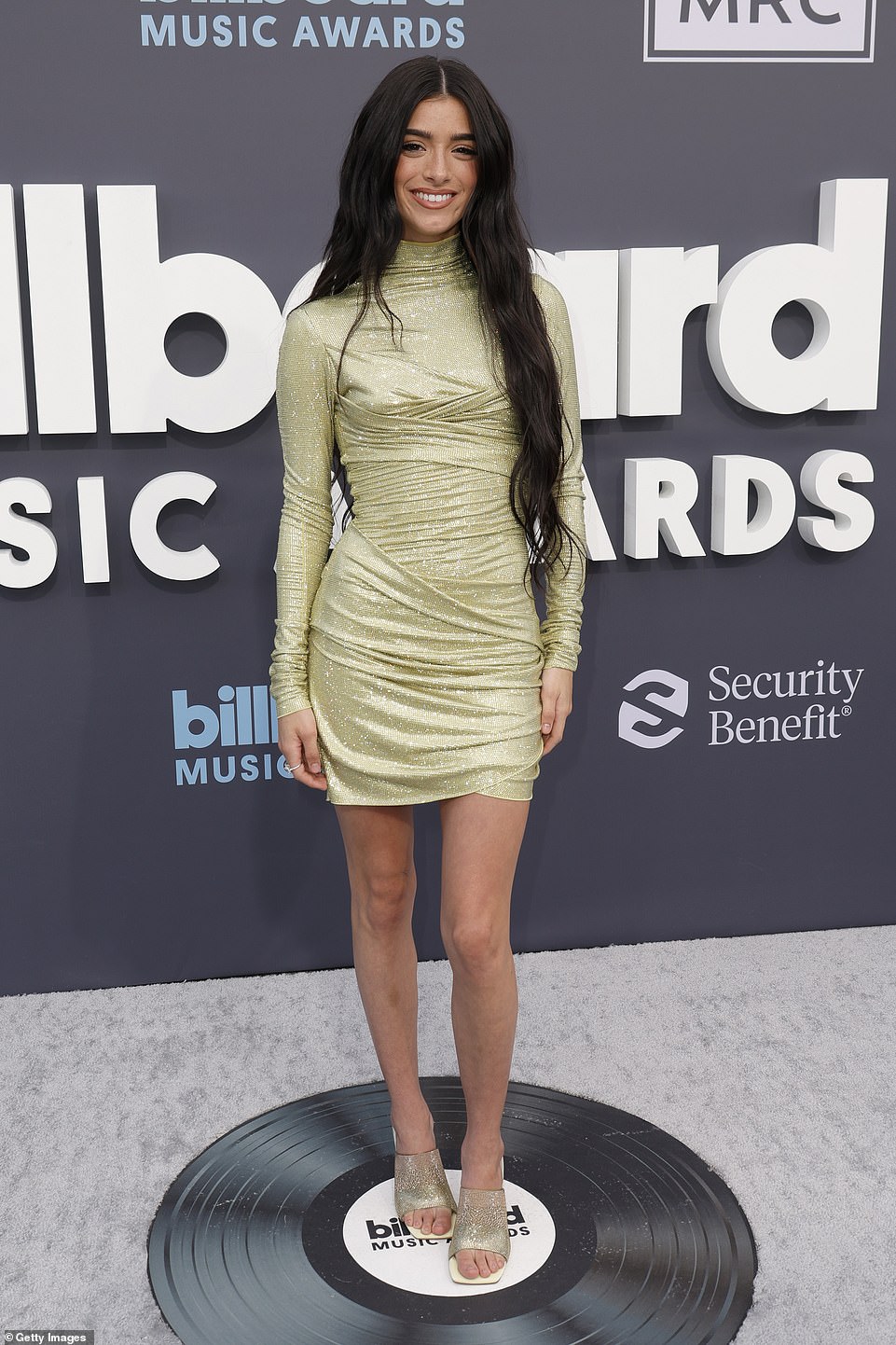 Plain and too simple: Dixie D’Amelio ill-fitting dress felt like a missed opportunity for what could have been a more attention-grabbing red carpet appearance 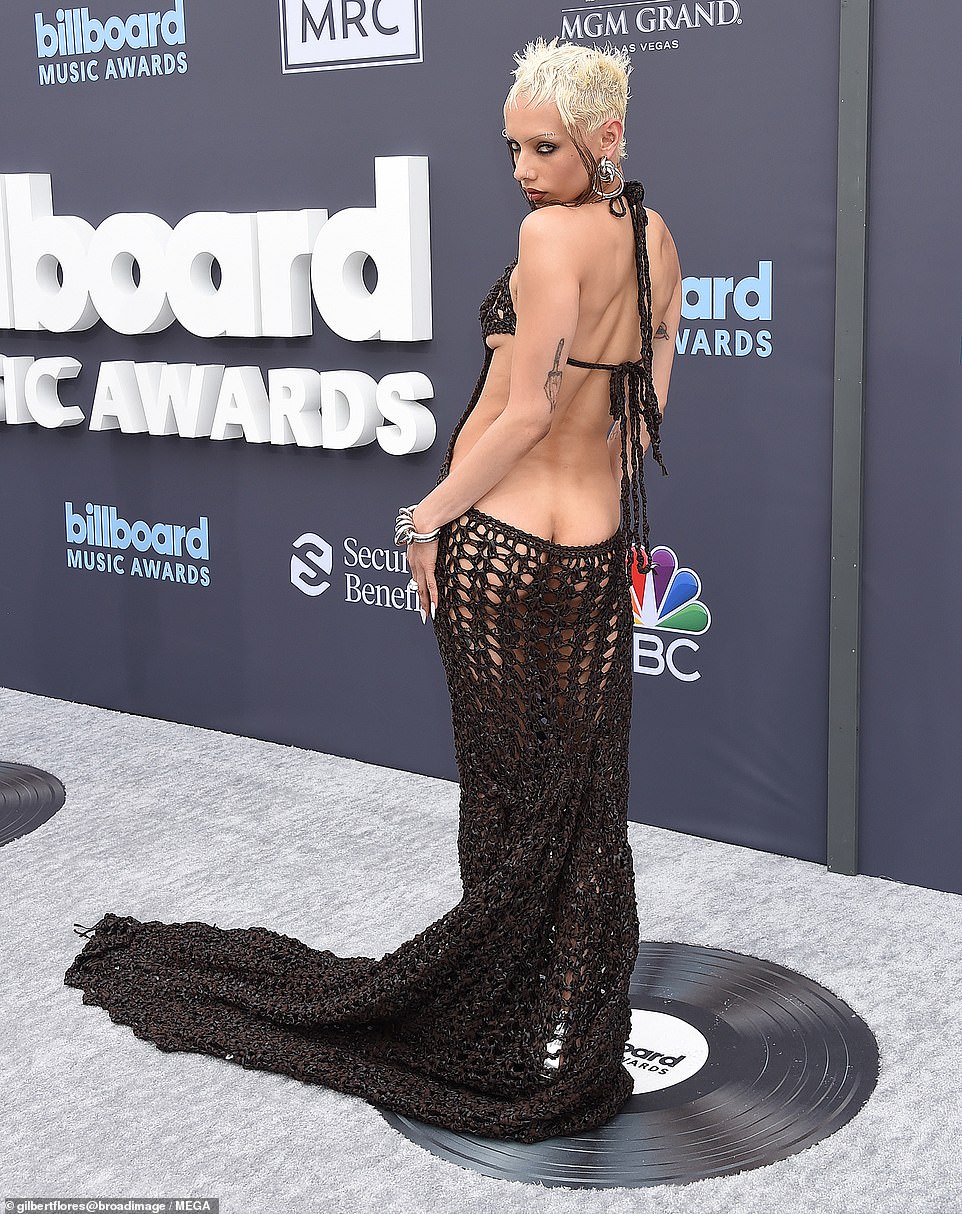 Cheeky: An artist known as ‘Jizzelle’ walked the carpet at the Billboard Music Awards

Lil Baby (The Back Outside Tour)

The Rolling Stones (No Filter Tour)

GIVĒON “When It’s All Said And Done…Take Time”

Summer Walker “Still Over It”

Moneybagg Yo “A Gangsta’s Pain”

Coldplay “Music Of The Spheres”

CeCe Winans “Believe For It”

CeCe Winans “Believe For It”

Lil Nas X “MONTERO (Call Me By Your Name)”

Masked Wolf “Astronaut In The Ocean”

Doja Cat & The Weeknd “You Right”

Masked Wolf “Astronaut In The Ocean”

Chris Stapleton “You Should Probably Leave”

Jason Aldean & Carrie Underwood “If I Didn’t Love You”

Luke Combs “Forever After All”

THE ANXIETY: WILLOW & Tyler Cole “Meet Me At Our Spot”

Ye “Off The Grid”

Ye “Off The Grid”