The 20 best murder mysteries you can stream online, ranked by critics 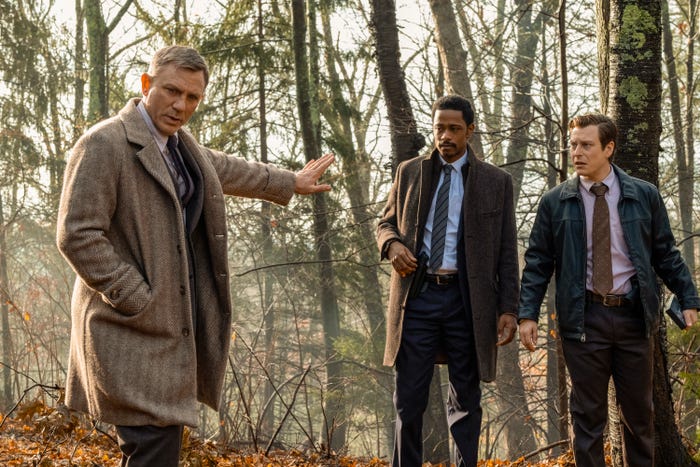 Last year, Rian Johnson's thanksgiving smash "Knives Out" proved that audiences still find joy in the bowels of a well-crafted murder mystery. The salacious and unthinkable crime, the nifty investigation which ultimately falls short, and finally the director's clever reveal at the end.

And although some may argue that the murder mystery has been best executed as a literary device by the likes of Agatha Christie, Sir Arthur Conan Doyle, and P.D. James, cinema also has a long and revered history with the genre.

Here are the 20 best murder mystery films that you can stream online, ranked by critics. 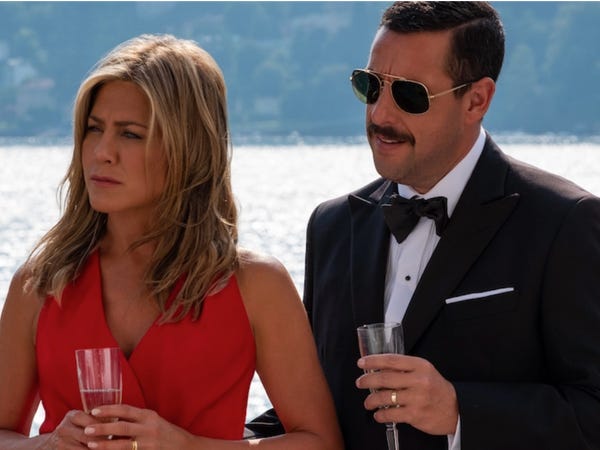 Just before Adam Sandler gave us one of his best performances in the Safdie Brothers' "Uncut Gems," he snuck in one more of his trademark freewheeling, boyish performances alongside Jennifer Aniston in Netflix's crudely titled "Murder Mystery."

You can stream "Murder Mystery" on Netflix. 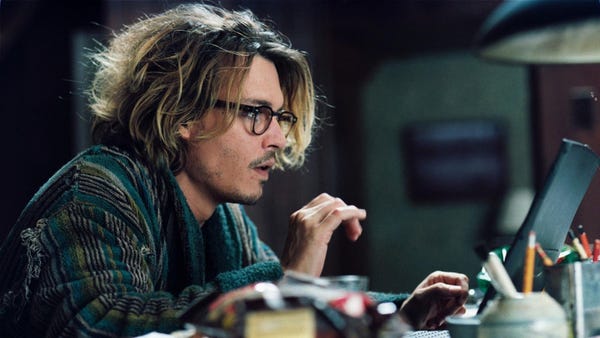 Johnny Depp plays a quirky geek in this uninspired Stephen King adaptation, which fails to scare or intrigue.

You can stream "Secret Window" on Prime Video.

Park Chan-Wook's "Oldboy" is a visceral and mysterious tale of revenge and it is certainly not for the squeamish.

You can stream "Oldboy" on Peacock.

17. Blake Lively takes a murderous but stylish turn in 'A Simple Favor.'

You can stream "A Simple Favor" on Prime Video.

16. Robert Altman puts the British aristocracy up for trial in 'Gosford Park.' 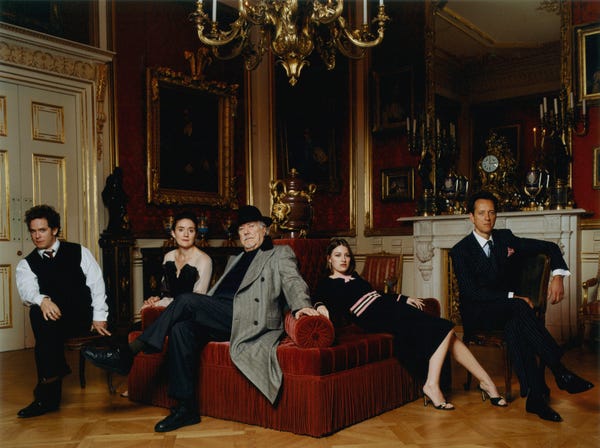 The legendary film director Robert Altman journeyed to England for one of his final masterpieces. Scripted by Julian Fellow (Downton Abbey), "Gosford Park" is a darkly comic look at British society.

You can stream "Gosford Park" on Peacock.

15. David Fincher's dark thriller 'The Girl With the Dragon Tattoo.' 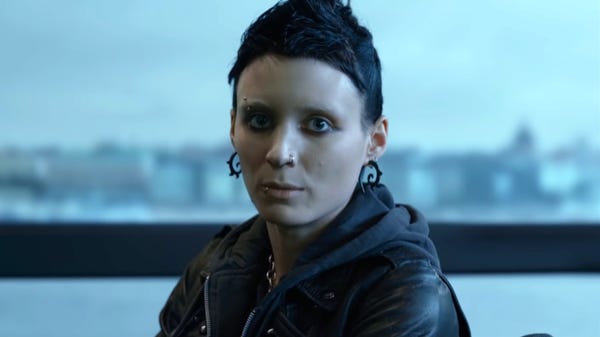 "The Girl With the Dragon Tattoo" is a brutal and harsh adaptation, but the film manages to sore thanks to David Fincher's masterful direction and committed performances from stars Rooney Mara and Daniel Craig.

You can stream "The Girl with the dragon tattoo" on Starz. 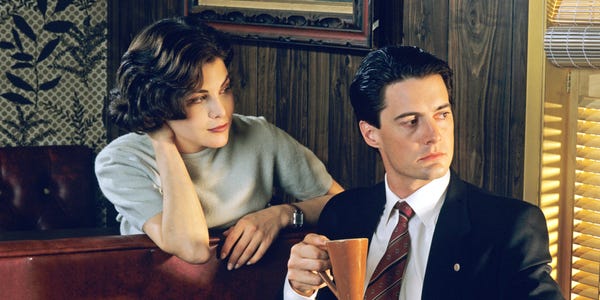 Surreal, horrifying, and visually stunning. David Lynch's cult TV show "Twin Peaks" is a mystical masterpiece like no other.

You can stream "Twin Peaks" on Netflix. 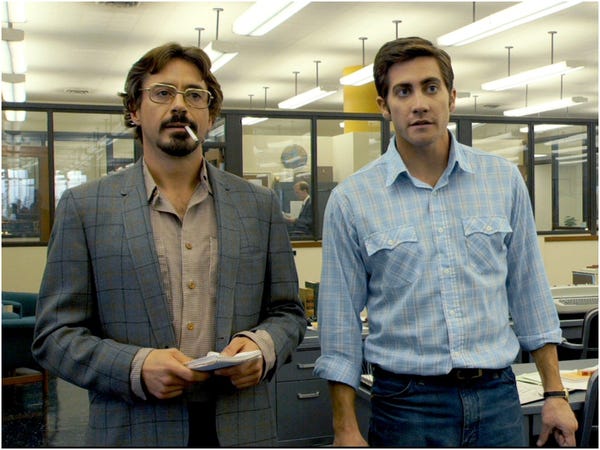 David Fincher's second entry on this list is a quiet but no less disconcerting epic about a series of incredibly violent murders in San Francisco during the 1970s that have never been solved.

You can stream "Zodiac" on Prime Video.

12. Joaquin Phoenix provides a stellar performance in 'You Were Never Really Here.' 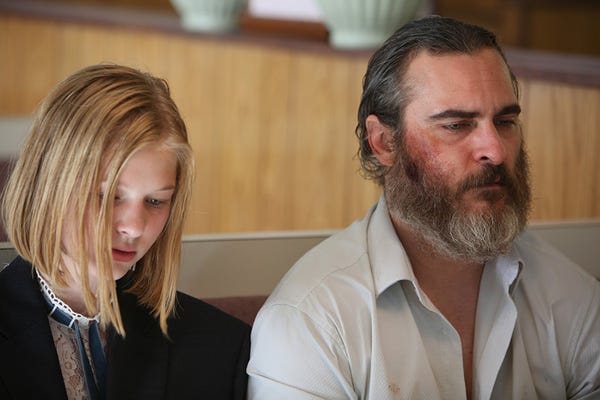 You can stream "You Were Never Really Here" on Prime Video. 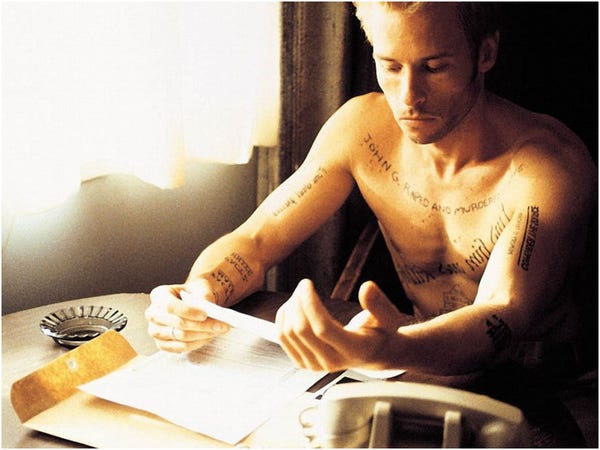 Christopher Nolan's first go at Hollywood filmmaking is clever, ambitious, and sets the tone for the dark world of Gotham he was to create five years later.

You can stream "Memento" on Kanopy. 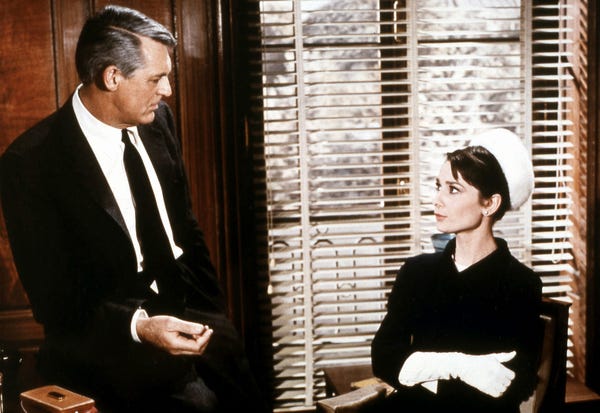 Cary Grant and Audrey Hepburn are at the height of their charming powers in this classic, but albeit ridiculous globetrotter directed by Stanley Donen ("Singin' in the Rain").

You can stream "Charade" on Prime Video. 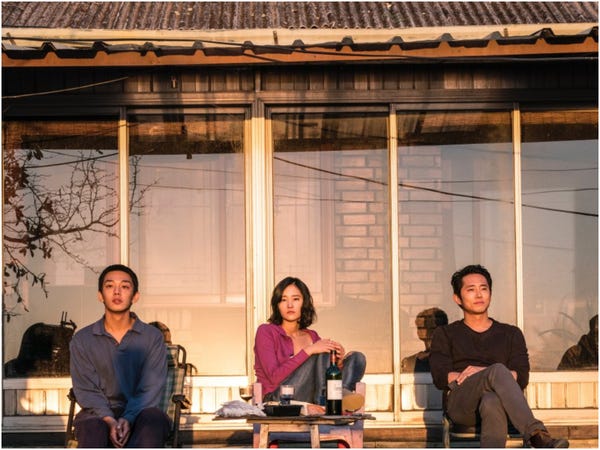 "Burning" patiently lures viewers into an odd love triangle between friends that becomes increasingly unsettling thanks to the powerful atmosphere of doom created by director Lee Chang-dong.

You can stream "Burning" on Netflix.

8. 'Mother' is one of Bong Joon-ho's early political hits. 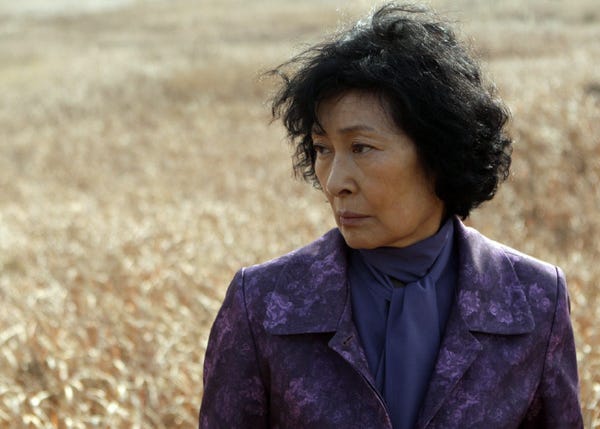 After circumstantial evidence indicates that her son was involved in a young girl's murder, a sharp mother works to clear his name and find the true culprit. The acclaimed and now multi-Oscar winner Bong-Joon-Ho writers and directs.

You can stream "Mother" on Hulu.

7. Harrison Ford is wrongfully accused of murdering his wife in 1993's 'The Fugitive.' 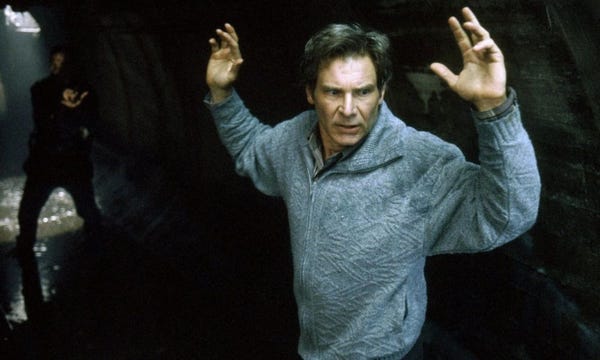 After being wrongfully accused of murdering his wife, Richard Kimble (Harrison Ford) escapes from prison in an attempt to clear his name. Pursuing him is a team of officers led by Deputy Samuel Gerard (Tommy Lee Jones), and Ford quickly realizes that he can't trust anyone.

You can stream "The Fugitive" on HBO Max.

6. Anthony Hopkins is Hannibal Lecter in the classic 'Silence of the Lambs.' 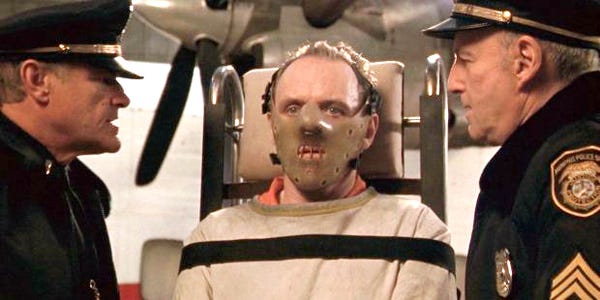 Jonathan Demme's masterpiece is still the only horror film to win Best Picture at the Oscars, and its twisty plot that follows a young FBI cadet who must receive the help of a convicted serial killer to help catch another murderous imitator still sends shivers down the back.

You can stream "Silence of the Lambs" on Prime Video. 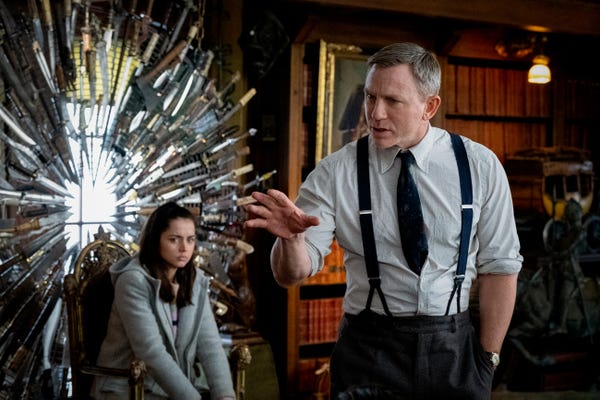 You can stream "Knives Out" on Prime Video.

4. 'The Wailing' is a supernatural mystery from South Korea. 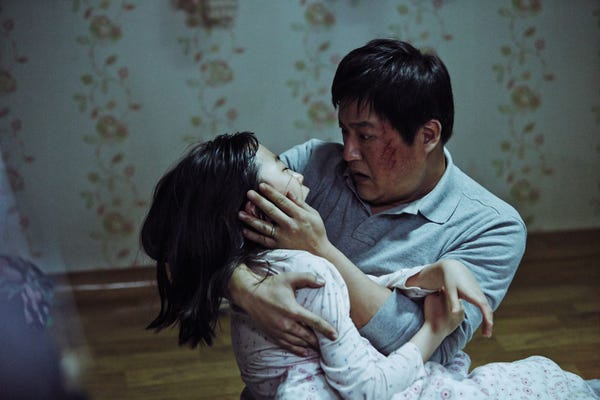 After an older Japanese man arrives at a small village in the mountains of South Korea, a mysterious infection breaks out and causes its inhabitants to violently kill their family and friends.

You can stream "The Wailing" on Prime Video. 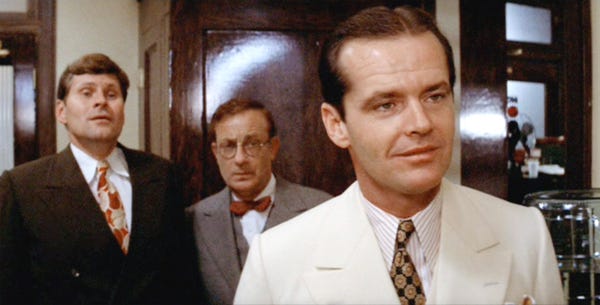 You can stream "Chinatown" on Starz. 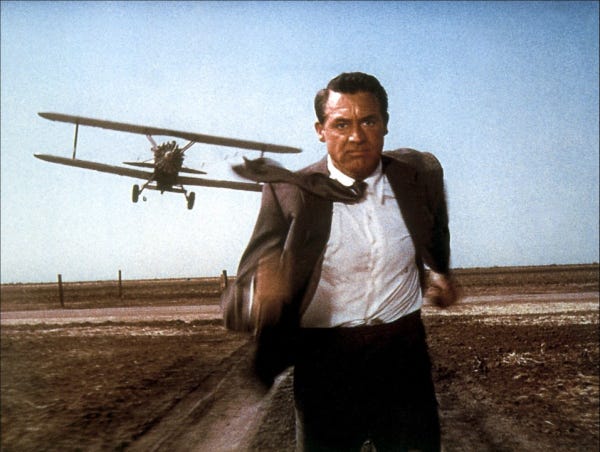 This visually iconic classic is one of Alfred Hitchcock's late-career masterpieces which laid the groundwork for countless action thrillers to follow.

You can stream "North by Northwest" on HBO Max. 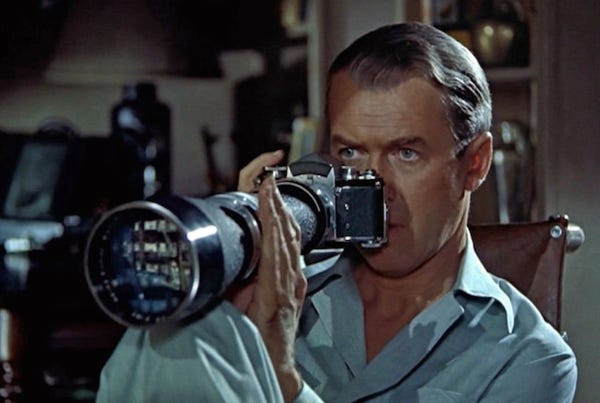 Alfred Hitchcock drew on all his powers of suspense to craft one of the most perfect and iconic murder mysteries of all time.

You can stream "Rear Window" on Peacock.

The 50 best scary movies of all time, ranked by critics