The Academy explains why Luke Perry omitted from Oscars' In Memoriam

The Film Academy has released a statement in an effort to explain why several big stars were left out of their ‘In Memoriam’ segment during Sunday’s Oscars.

It comes after a firestorm of tweets from disappointed viewers who wanted to know why actors such as Beverly Hills 90210 star Luke Perry and Disney actor Cameron Boyce were not included.

In a statement published by The Hollywood Reporter, the Academy explained it was down to time constraints which meant they had to edit the segment down.

‘The Academy receives hundreds of requests to include loved ones and industry colleagues in the Oscars In Memoriam segment. An executive committee representing every branch considers the list and makes selections for the telecast based on limited available time.’ 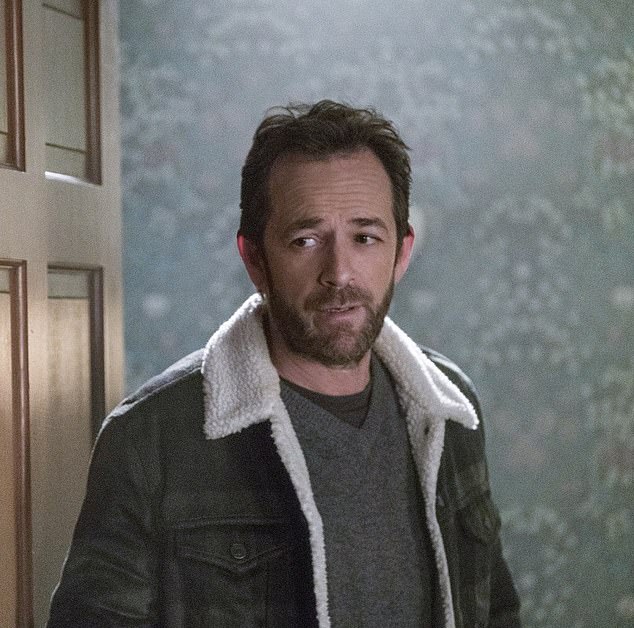 The Film Academy has issued a statement explaining why some stars such as Luke Perry, who died suddenly last year aged 52, were not included in the Oscars ‘In Memoriam’ on Sunday 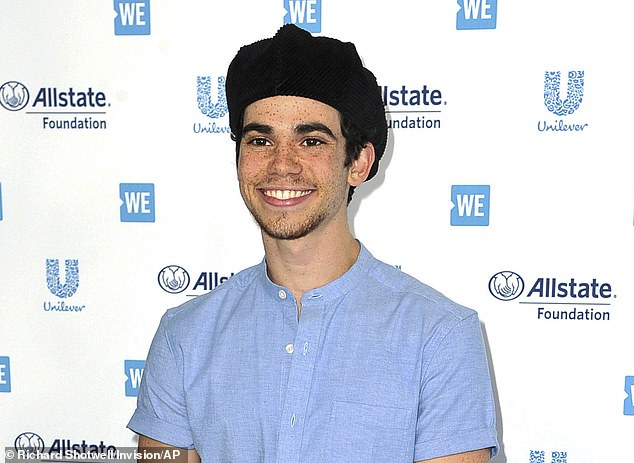 Missing: Disney actor Cameron Boyce, who passed away last year aged 20, was also left out of the segment

The statement went on to say that those missed from the televised memoriam are included online in the Oscars gallery.

‘All the submissions are included on Oscar.com and will remain on the site throughout the year. Luke Perry and Cameron Boyce are remembered in the Oscar.com gallery.’ the statement concluded.

Tori Spelling, longtime pal and costar of Perry’s spoke out about the omission on Monday night, writing on her Instagram page: ‘Now two of the most creative and talented men I have ever known, loved, and lost have not been mentioned in the #oscars memoriam. First, my Dad Aaron Spelling who passed in 2006 and now my friend Luke Perry who passed in 2019 [tearful emoji]’. 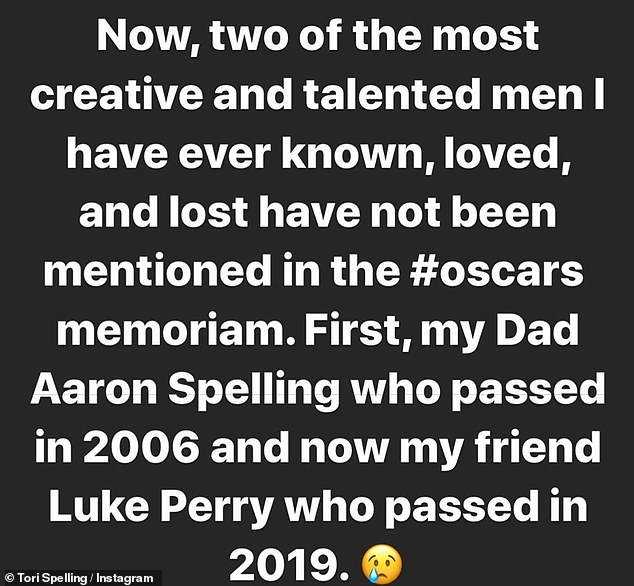 Stars from Doris Day to Kirk Douglas were remembered during the Oscar’s In Memoriam segment on Sunday night, but viewers were quick to point out who had been missed off the list.

Perry had also recently appeared in Riverdale and Once Upon a Time in Hollywood, which was nominated for several awards.

Like Tori, many Perry fans were upset at his omission from the tribute. 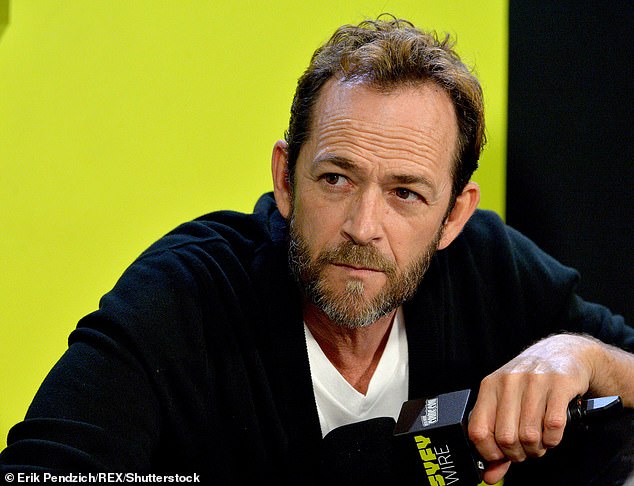 The annual montage, which highlights notable deaths in the film community over the past year, did not include Luke Perry, pictured here in 2018 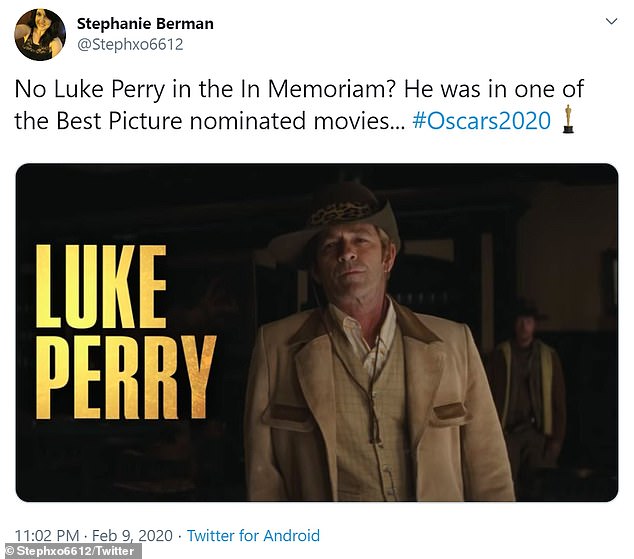 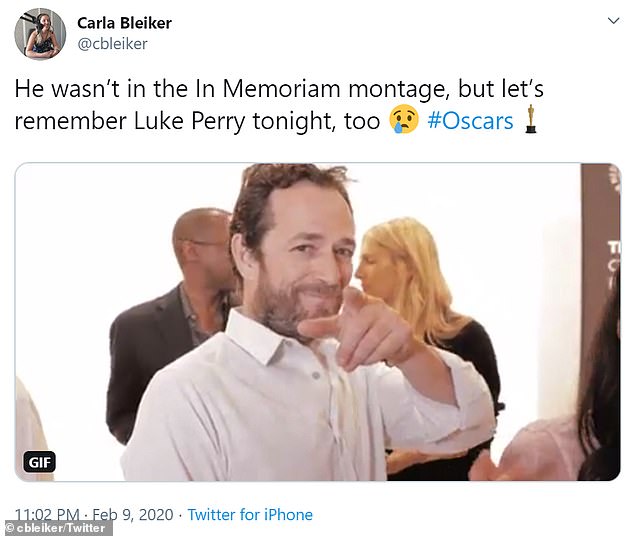 Perry died in March 2019 at the age of 52. He was has suffered a stroke and later passed away 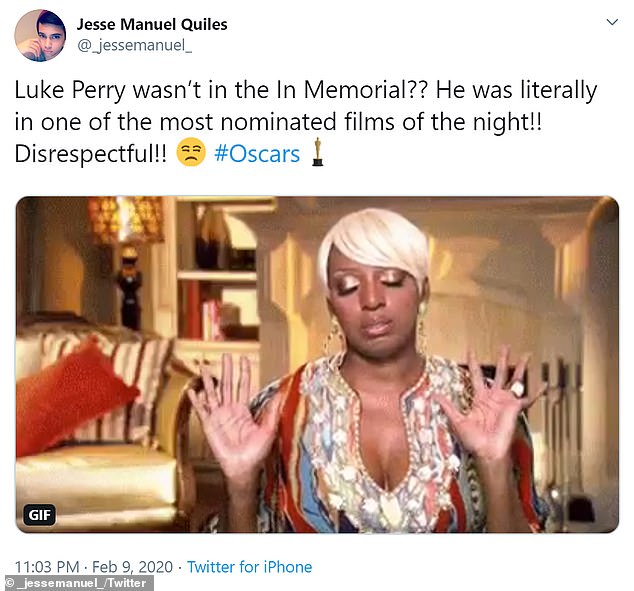 ‘No Luke Perry in the In Memoriam?’ one fan wrote on Twitter. ‘He was in one of the Best Picture nominated movies…’

‘He wasn’t in the In Memoriam montage, but let’s remember Luke Perry tonight, too,’ said another.

‘Luke Perry wasn’t in the In Memorial?? He was literally in one of the most nominated films of the night!! Disrespectful!!’ tweeted another upset viewer. 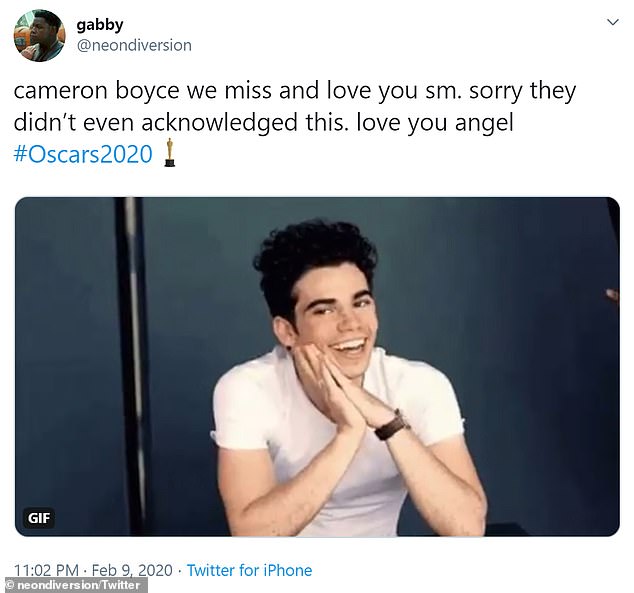 A number of Twitter users were upset that young actor, 20-year-old Cameron Boyce had not been remembered during the evenings In Memoriam film

Horror legend Sid Haig who died in September at the age of 80 was also not included among the names being remembered.

Haig was famed for playing Captain Spaulding in the Rob Zombie films House of 1000 Corpses, The Devil’s Rejects and 3 From Hell.

Cameron Boyce, who tragically died in July at the age of 20 was also left off the remembrance reel.

‘Cameron Boyce we miss and love you sm,’ wrote a fan of his. ‘Sorry they didn’t even acknowledge this. love you angel,’ wrote one disappointed fan.

‘Kinda wish they showed Cameron Boyce during the memorial part but…’ said another. 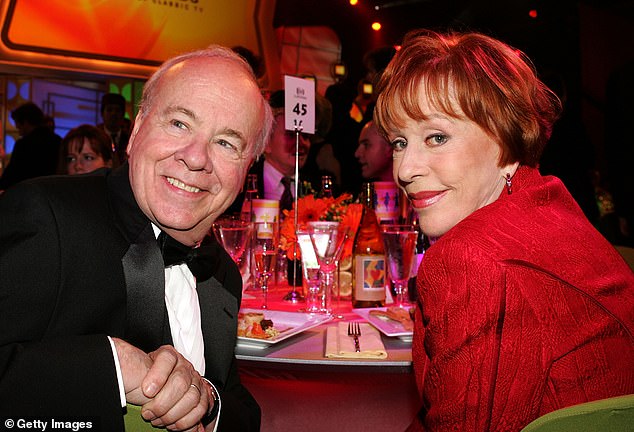 Actor Tim Conway, left,  was also left out of the segment. He was an actor, comedian, writer, and a regular cast member  on the TV comedy The Carol Burnett, pictured right in 2005

Others had strong feelings over the issue: ‘Cameron boyce had such a huge impact into a lot of people’s lives including people in the film industry. just cause his career centered mostly around Disney didn’t make him any less of an actor. him being left out of the in memoriam just felt wrong.’

Fans were also disappointed to see that comedy icon Tim Conway, who died at the age of 85 last May, not included.

Perry, Haig, Conway and Boyce, however, were mentioned online under the In Memoriam section of the Academy’s website in which 163 names were also remembered. 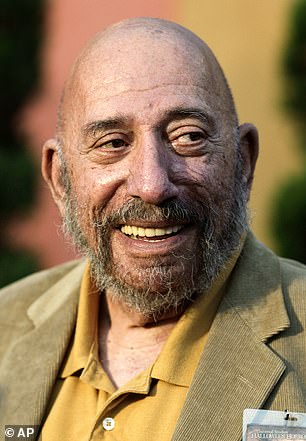 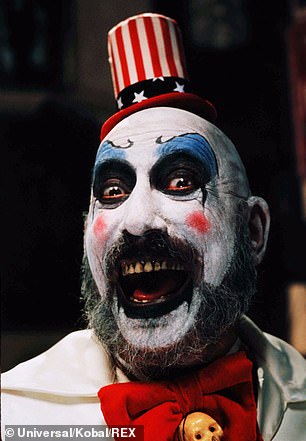 Horror legend Sid Haig who died in September at the age of 80 was also not included among the names being remembered.

Back at the Dolby Theater in Hollywood, on stage Billie Eilish performed an emotional rendition of The Beatles’ Yesterday as part of a moving tribute.

Eilish struck a somber tone with her cover as she sung the poignant lyrics while brother Finneas O’Connell backed her on the piano. 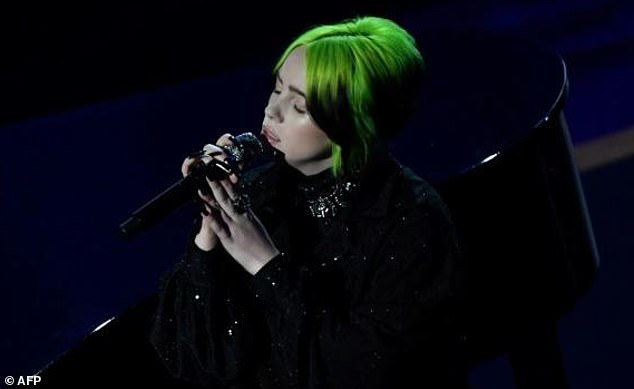 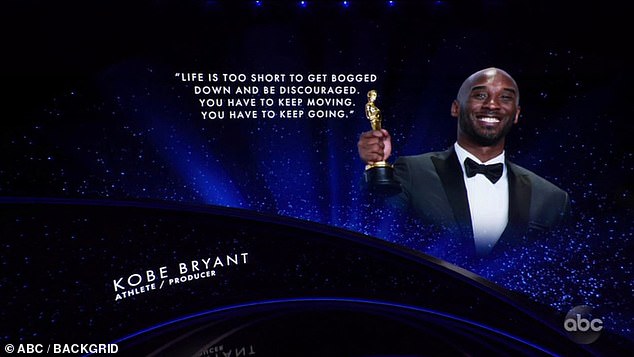