When Kaley Cuoco met Karl Cook in March 2016, the two made an instant connection that would eventually lead to their marriage. According to Us Weekly, Cuoco and Cook, who are both avid equestrians, met at a horse show, and they started dating shortly after.

“I couldn’t be happier. I feel very, very lucky that I found someone like him,” Cuoco gushed to Us Weekly in 2017, after the duo had been dating for over a year. “I finally found my horse guy. It was very meant to be. He’s an amazing rider, amazing equestrian and a great human.” By December of 2017, Cook proposed to Cuoco on her birthday, and just six months later, the lovebirds said “I do” in a ceremony in which many of Cuoco’s “Big Bang Theory” costars were in attendance.

Unfortunately for Cuoco and Cook, their marital bliss wouldn’t last forever. On September 3, the duo released a joint statement announcing their separation — an announcement that came as a pretty big shock to many fans, considering the fact that the couple was happily celebrating their anniversary in June. So, what went wrong between the two, and is there any bad blood as they move forward with their divorce? Keep reading to learn everything we know about Cuoco and Cooks’ separation.

Kaley and Karl reveal that they're on different paths 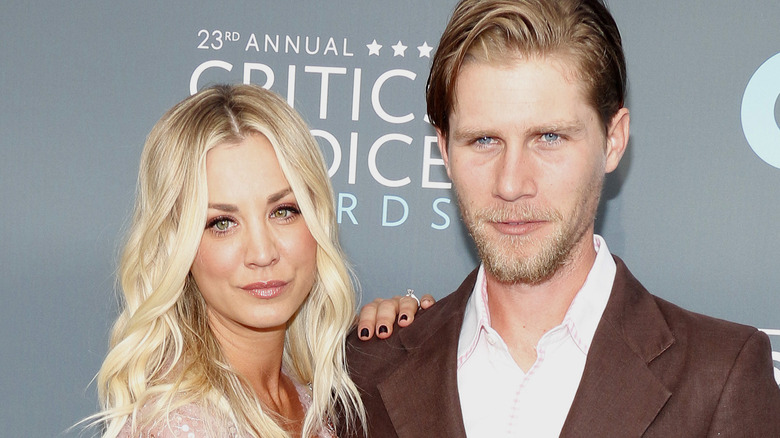 After just over three years of marriage, Kaley Cuoco and Karl Cook announced that they’re calling it quits.

In a joint statement to People, the couple offered some insight into their separation: “Despite a deep love and respect for one another, we have realized that our current paths have taken us in opposite directions,” their statement explained. “We have both shared so much of our journey publicly so while we would prefer to keep this aspect of our personal life private, we wanted to be forthcoming in our truth together.” As for whether or not there’s bad blood, Cuoco and Cook were also quick to dispel the potential for that rumor, stating that “there is no anger or animosity, quite the contrary.”

The duo ended their statement by saying that they “have made this decision together through an immense amount of respect and consideration for one another” and clarified that they won’t be speaking out about it any further. While the split came as a shock to many fans, it seems that both Cuoco and Cook are determined to keep things amicable as they move forward with their separation.