Happy birthday, Prince George! The future King of England turned 6 years old on Monday, July 22, and to celebrate, Kensington Palace showed off new photos of the little prince taken by his mother, Kate Middleton, Duchess of Cambridge. And the photos of Prince George for his sixth birthday, just like all of the photos Kate takes of her kiddos, are sweet as hell.

The Kensington Palace Instagram #blessed us all with the photos of little George on July 21. The three photos show George in a Chelsea jersey (you can’t begin to understand how proud I am of myself for getting this sports reference right) and a green polo, all smiles in all of them.

The caption for the first photo read,

The first photo posted was an adorable shot of George smiling for the camera.

All George wants for Christmas are his two front teeth.

The second photo was a candid shot of him wearing a green polo while on vacation with his family.

And the last photo showed George in his Chelsea jersey again, this time laying in the grass of the Kensington Palace garden, laughing.

What a little cutie!

Prince George’s life seems pretty damn sweet. I mean, how could it not be when you’re the future king of England? He and his siblings usually live private lives, but bop around to the occasional official royal appearances. One of the most recent public outings fans of the royal family have seen the prince on was when he, his siblings, cousin Archie, Auntie Meghan, and Mama Kate showed up at Prince William and Harry’s polo match.

While Prince Harry and Prince William were busy riding horses and playing the polo, their families (in a rare casual appearance) hung out on the sidelines to cheer them on. Meghan Markle was there with newborn Archie, and Kate was there with George, Charlotte, and Louis in tow. (It was a particular funny Louis day.)

When the game was over, Harry checked in on Meghan and Archie to see how they were doing. 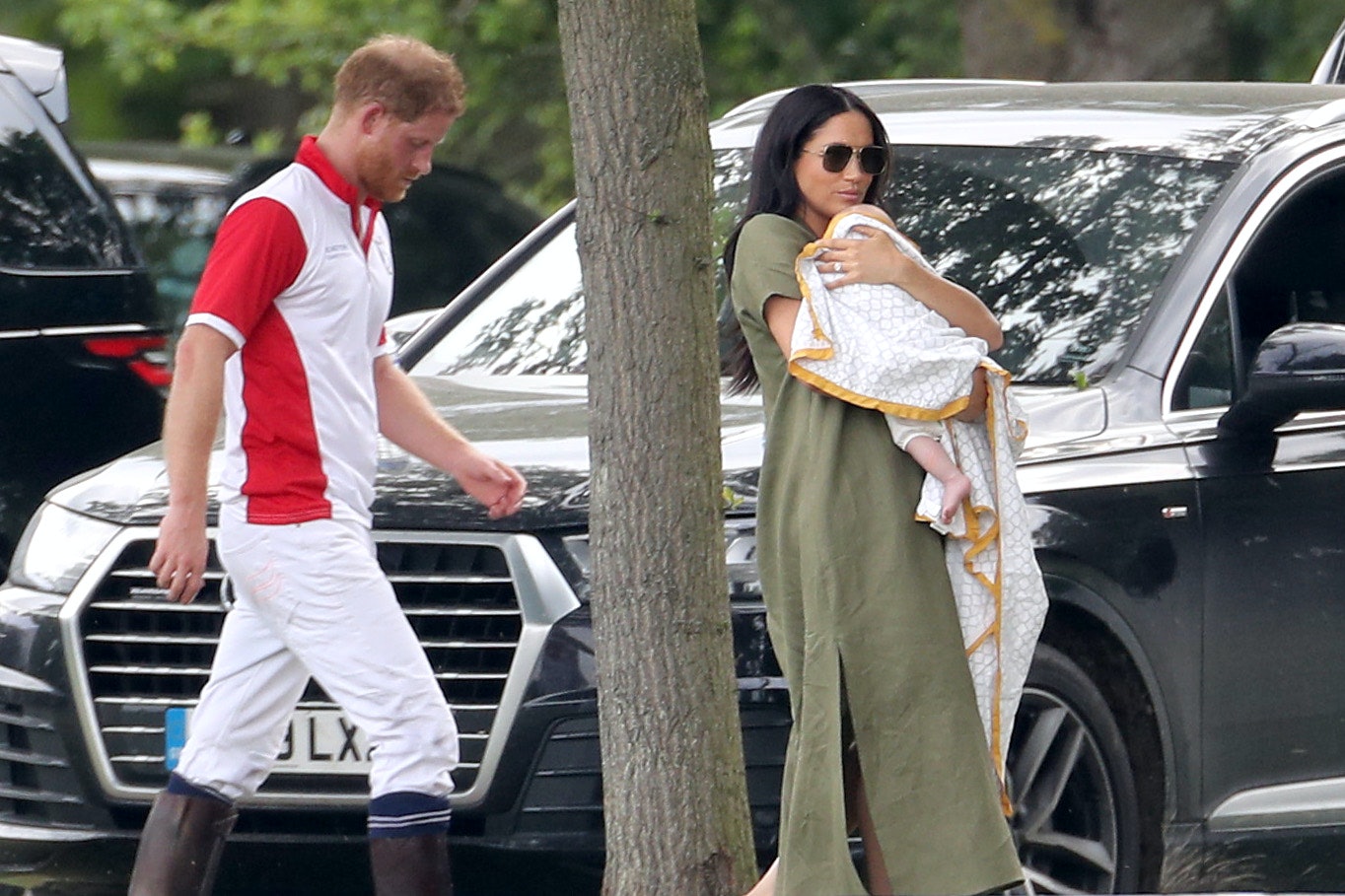 One royal expert thought this cousin outing was completely staged, however, in a total killjoy moment. Elite Daily reached out to Kensington and Buckingham Palace for comment on these remarks, but did not hear back by the time of publication.

Royal biographer Duncan Larcombe said to Nine News Australia that the moment, to them, felt more like an attempt to save face amid feud rumors.

"Isn’t that what we’re supposed to think after today?" Larcombe said. "It was carefully orchestrated — there are always photographers at these polo matches."

"They all looked very happy today," he continued. "So it’s against the backdrop of the rift of course […] I think that they might not be the best of buddies. But you’ve got to take a lot with a pinch of salt […] I think they’ll be rather pleased with those pictures."