This Is The Actress In The Phexxi Commercial 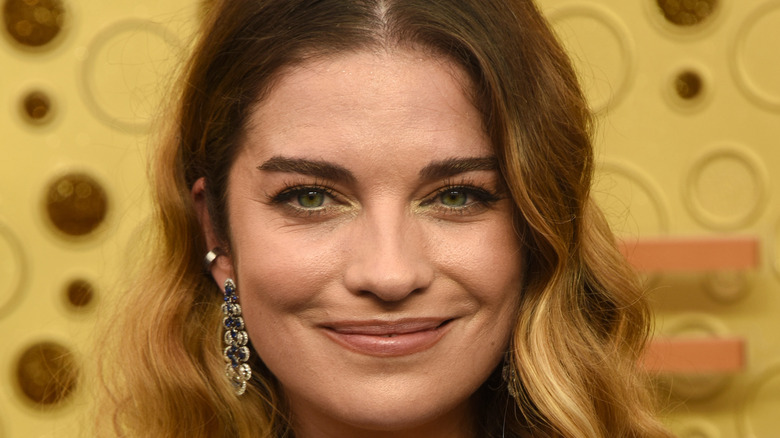 Have you been seeing provocative, pink-and-red ads for a new kind of birth control lately? Phexxi, a prescription-based birth control, is now on the market and generating quite the buzz. The reason? It’s a hormone-free gel used only when you need it (via PRNewswire). The gel is reportedly smooth, designed to stay in place, contains non-toxic ingredients, and comes in a pre-filled, syringe-like applicator. But these aren’t the only reasons the product has been gaining attention on social media.

The TV campaign for Phexxi is titled “House Rules” and features none other than Annie Murphy, the Canadian actor who became famous for her stunning performance as Alexis Rose in “Schitt’s Creek,” per iSpot.tv. Murphy’s portrayal of the spoiled, ignorant girl who transforms into a slightly-less spoiled, compassionate, and accomplished young woman earned her numerous awards over the show’s five-year run. Those included five award nominations for the Canadian Screen Awards, a Golden Globes nomination in 2021, and a Primetime Emmy win in 2020 for “Outstanding Supporting Actress in a Comedy Series,” via IMDb. So, how did Murphy end up partnering with the company Evofem Biosciences to promote the Phexxi brand? 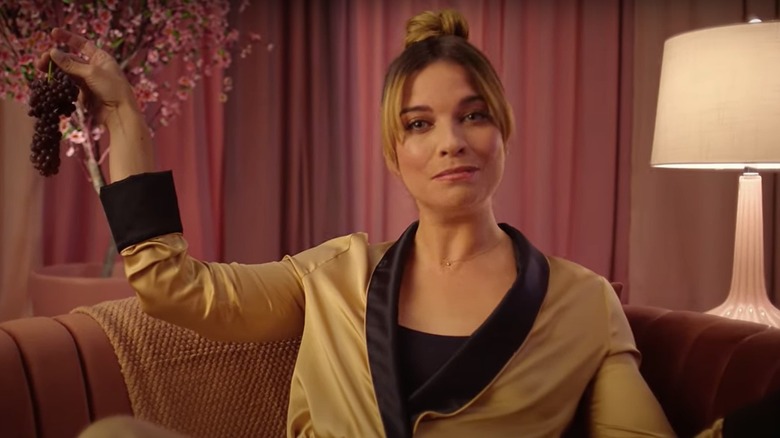 For Annie Murphy, partnering with Phexxi was just as much a personal decision as it was a business decision. The 34-year-old told PRNewswire that she enjoys empowering other women to choose a form of birth control that actually gives them control. In addition, finding a contraceptive for herself has always been a struggle.

“After trying multiple hormonal birth control methods for 10 years and finding that none were right for me, I thought something was wrong with me,” she explained. “Like millions of other women, I decided to avoid hormonal contraception because of the side effects that I experienced, which included depression, mood swings, and irritability. After cycling through multiple options, I was not using any form of contraception. With Phexxi I found an option that works for me and fits my needs completely — which meant no messing with my hormones and no daily pills.”

Annie Murphy fans seem to love the commercial. “The commercial is gold,” one Twitter user wrote.

“‘Welcome to my vagina. In here, I make the rules,'” another user added, quoting the opening line of the commercial. “I thought that was a clever bit, a cheeky stab at relevant actions by a certain state? … I also visited [the Phexxie website and] I love how they presented the applicator.”

Will Phexxi end up being a popular product? It’s still too early to tell, but the brand certainly got a good boost thanks to Murphy’s commercial.