Daniel Radcliffe doesn’t seem like the social media type. And if his recent appearance on The Tonight Show is any indication, then he’s definitely not someone who peruses Twitter or Instagram very often. While chatting with Jimmy Fallon about his new Broadway play The Lifespan of a Fact, Radcliffe was asked whether he was aware of how meme-able Harry Potter is. Naturally, the actor said no. And that’s when Fallon got to work. The result? A very entertaining video of Daniel Radcliffe reacting to Harry Potter memes.

During his appearance on The Tonight Show, Radcliffe humored Fallon by agreeing to review some Harry Potter memes. The memes were, of course, hilarious and Radcliffe was a really good sport about it.

The first meme Fallon pulled out for Radcliffe to see was a pug dressed as Harry. “Hairy Pugger,” the meme read.

The second meme showed Harry looking relatively serious with a text overlay that read, “If you’re having quidditch problems I feel bad for you son. I got 99 problems but a snitch ain’t one.”

It’s clearly a riff on Jay-Z’s song “99 Problems.” Radcliffe thought it was pretty great as well.

"As a kid, when you’re just insecure at that age, I never felt cool at any point playing that character," he told Fallon. "With these things, you go, ‘Oh! People thought you were pretty cool!’"

Watch the video of Radcliffe and Fallon riffing on The Tonight Show:

But that wasn’t all Fallon had up his sleeve. He also had a really hilarious meme of Harry looking super intense with Ron nearby. "Ron, hold on! Are those shoes on sale?" it said.

That got a huge laugh out of the audience and Radcliffe seemed really amused by it as well.

"That was what I, the actor, was thinking,” Radcliffe joked.

The last meme showed a paparazzi photo of Radcliffe looking far off into the distance as he ate lunch.

"Thinkin’ about all them school loans wondering if your wizardry degree gonna work out," the meme read.

Radcliffe seemed to recognize the photo and clarified the whole thing right away.

"You know what that actually is, though? That’s me, years ago, out for lunch or something, and realizing there was a paparazzi to my right and going, ‘What do I do?’" he said. "That’s my deep thinking face."

Here’s a look at all the memes Fallon shared on The Tonight Show: 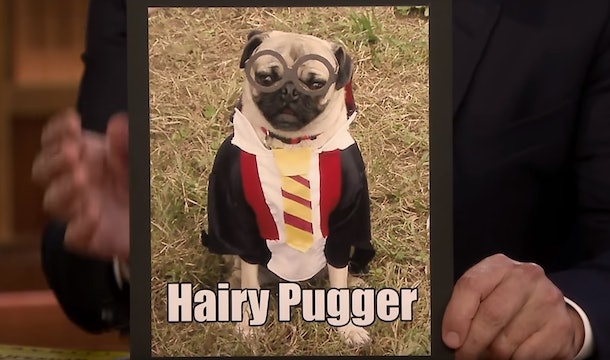 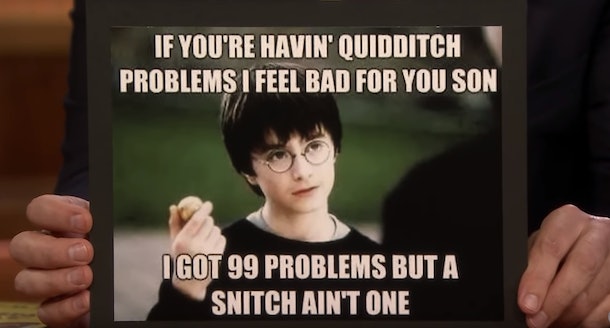 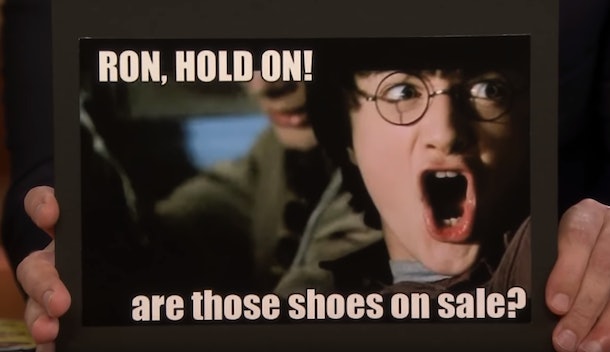 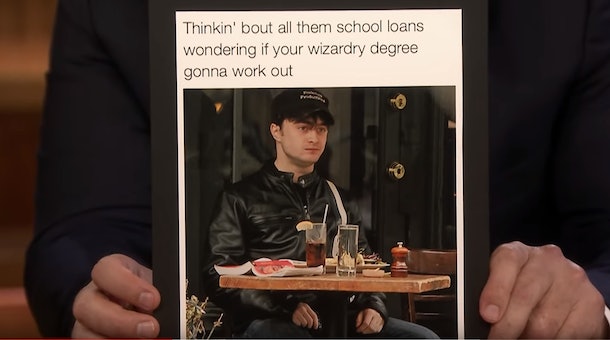 These are some really creative and entertaining memes. And all of them are equally hilarious. What’s more is that they show that Radcliffe is meme-able both as Harry Potter and as himself. It’s great to see that he can have a laugh at his own expense, though. A sense of humor is a necessity when you’re as internationally famous as Radcliffe is. I doubt he’ll be living down Harry Potter or any of these memes any time soon. But you know what? Harry Potter fans seem to like it that way!