The plot thickens. The will of Don Lewis, the first husband of Tiger King star Carole Baskin, was forged, Hillsborough County Sheriff Chad Chronister revealed in a new interview shared on Tuesday, June 2.

Lewis went missing from Tampa in 1997 and was formally declared dead in 2002. During Tiger King: Murder, Mayhem and Madness, the disappearance of the Big Cat Rescue founder’s husband was examined as the series’ star, Joe Exotic, accused that Baskin, 58, of being responsible. She denied all claims that she had anything to do with it.

The news of the will comes on the heels of Lewis’ friend and former lawyer Joseph Fritz revealing that he thought Lewis’ signature was forged on the will that left Baskin with Lewis’ estate, which was worth up to $10 million. 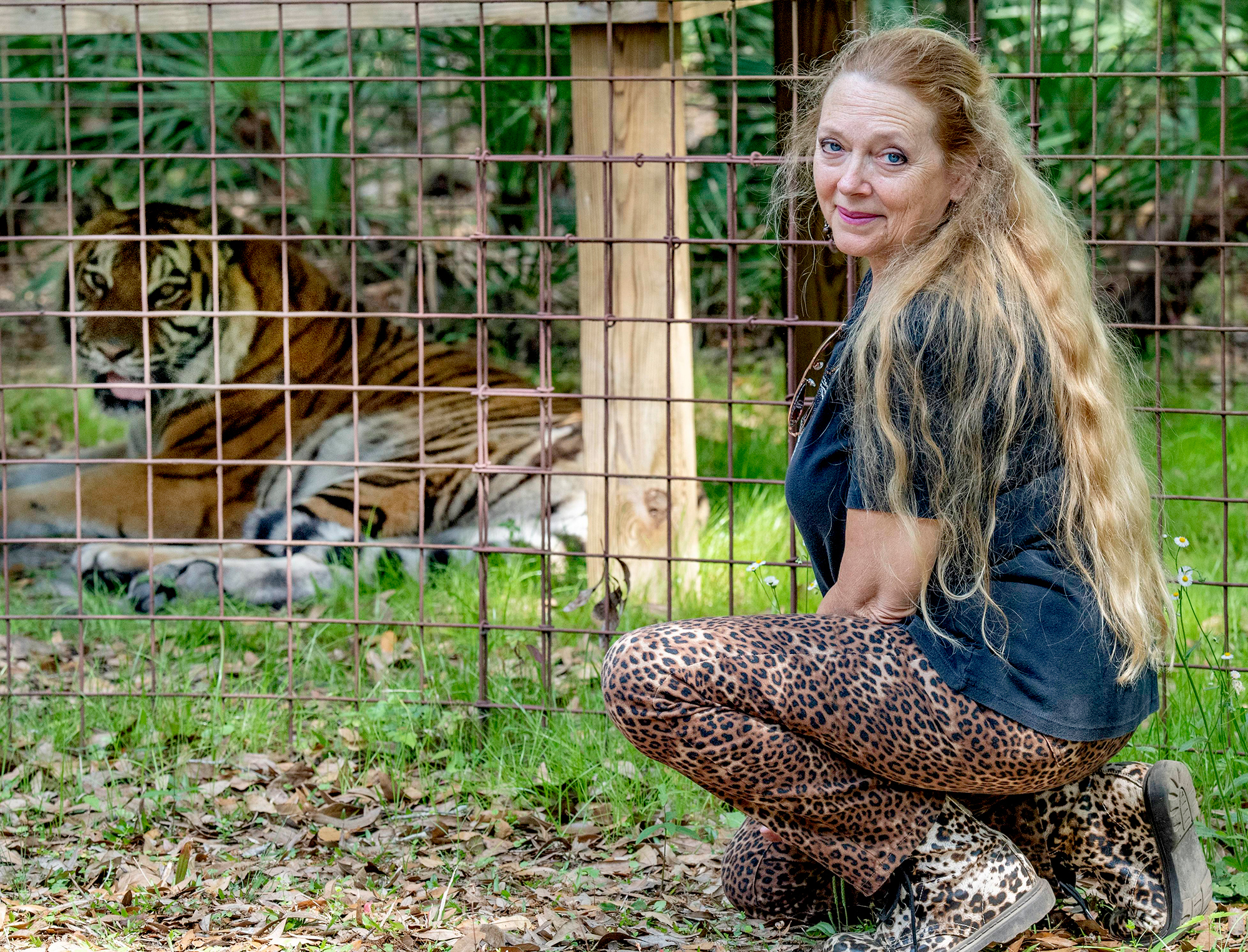 “I believe it was traced,” Fritz told Nancy Grace last month. The notary listed on the will does not remember authenticating the documents, according to USA Today, and two different handwriting experts seemed to conclude that the signature was copied from his 1991 marriage document.

On Tuesday, Chronister confirmed to 10 Tampa Bay that “two experts deem it 100 percent a forgery,” and noted that “it certainly cast another shadow of suspicion.” Although officials would not comment on whether Baskin is a suspect, he noted that authorities are “working through” the case.

“I hope something pans out,” he said. “Fingers crossed — I hope we can finally solve this case.”

Baskin is not commenting on the situation, but detailed all the claims made in episode three — which includes detailing the will — on her website.

The news comes just one day after Baskin won control over Joe Exotic’s formerly owned zoo, the Greater Wynnewood Exotic Zoo in Wynnewood, Oklahoma. Jeff Lowe, who took over the property when Joe Exotic (real name Joseph Allen Maldonado-Passage) went to prison in 2019, was ordered to vacate the property within 120 days. Joe Exotic, 57, is serving a 22-year sentence and was convicted on 17 federal charges of animal abuse and two counts of murder for hire after plotting to kill Baskin.

In an interview on Tuesday, Lowe revealed that he’ll be leaving the property a “complete hell” for Baskin.

“I’m not taking care of it as we leave. The bamboo is about taking this place over,” he told Entertainment Tonight. “It’s always been our intention to leave this place. We don’t particularly like it here, because of its geographical location. It’s not a great place for a business, it was poorly constructed, so we’re happy to let her have it … I wish her all the luck in the world, and she can have these 16 acres of haunted memories.”