Tom Cruise reportedly surprised NHS staff to thank them for working though the coronavirus pandemic.

The movie star, 58, is thought to have secretly visited the ExCel Centre in East London last Thursday to ‘pay personal tribute to frontline health staff’.

It comes after Mission Impossible 7 finally wrapped following a series of delays and amid claims the star had ranted at crew for breaking social distancing rules on set. 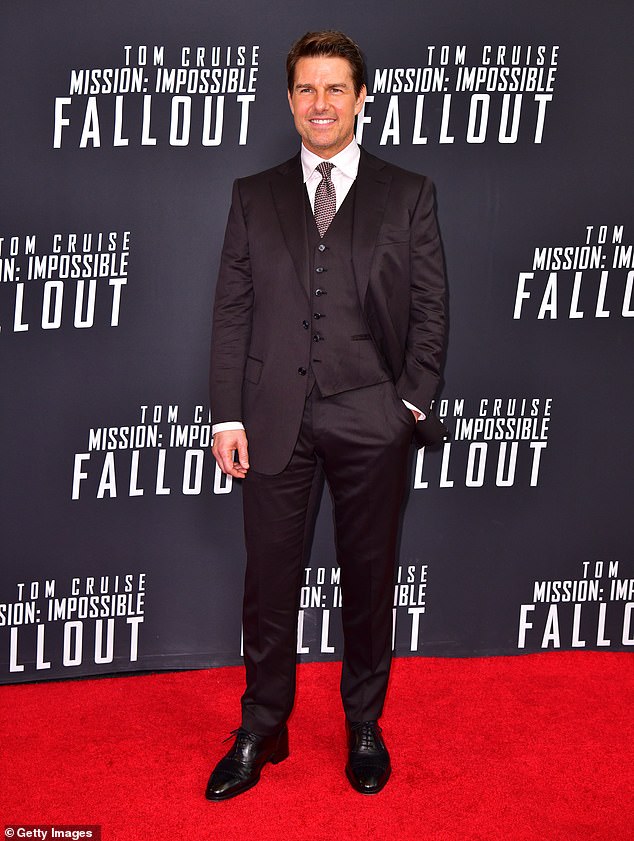 Kind gesture: Tom Cruise reportedly surprised NHS staff at the ExCel Centre in East London to thank them for working though the coronavirus pandemic (pictured in 2018)

A source told The Sun: ‘He told his team he wanted to pay his personal tribute to frontline health staff who have helped get movies back on track.

‘They were really shocked to see such a huge movie star. Tom wanted to keep it a secret and ensure it was a nice surprise for them.

‘The world had heard his rant at crew on set and that proved just how seriously he has taken the pandemic.’

MailOnline has contacted representatives for Tom Cruise and the ExCel Centre for further comment. 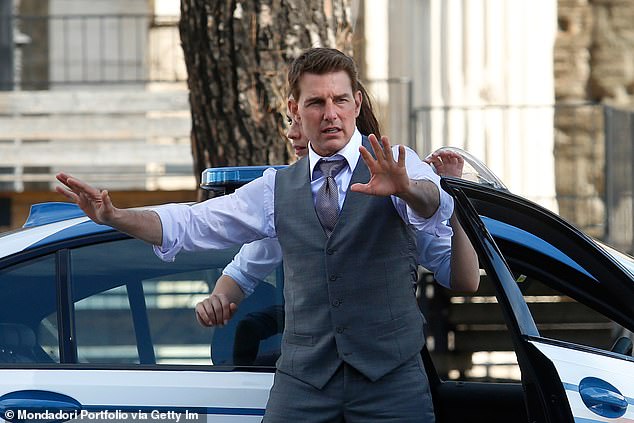 Taking it seriously: The actor, 58, has recently wrapped on his own movie Mission Impossible 7 following a series of delays and claims he ‘ranted’ at crew when they broke social distancing rules on set (pictured filming in Rome in October)

The ExCel Centre is now a major vaccine centre with another part of the site being used for the NHS Nightingale Hospital’s new patient rehabilitation facility.

Speaking in January, the Mayor of London, Sadiq Khan, said: ‘I want to say thank you to our brilliant NHS staff who have transformed the Excel Centre to be used as a new large-scale vaccination venue, as well as preparing the NHS Nightingale Hospital to open as a new patient rehabilitation facility in a different part of the centre.

‘This will be crucial in freeing up much-needed beds across London’s hospitals, while also accelerating the roll-out of the vaccine.’ 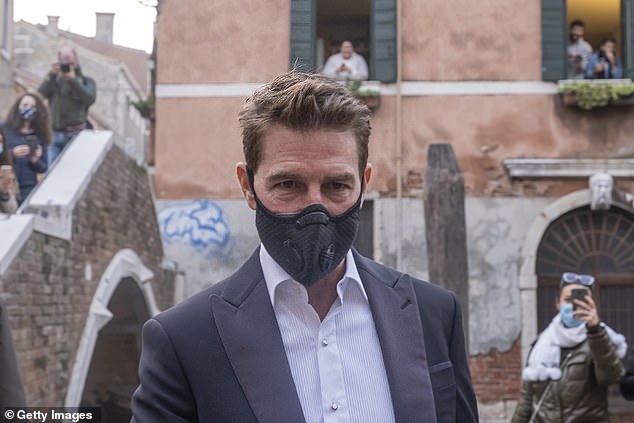 Nice gesture: A source claimed that Tom ‘wanted to pay his personal tribute to frontline health staff who have helped get movies back on track’ (pictured filming in Venice in October)

Filming on Mission: Impossible 7 was supposed to start in Italy in February 2020, but the COVID-19 pandemic delayed it until July 2020.

Filming began in the UK, moved to Norway and then back to Italy where it ground to a halt once again after 12 crew members tested positive for the coronavirus.

The movie was also hit with claims that five crew members ‘quit’ after Cruise ‘launched into a second rant’ following his fury about staff breaking COVID rules.

Cruise is said to have given staff a dressing down after he caught them breaking UK COVID-19 rules at Warner Bros. Studios in Leavesden.

A source claimed after news of the first outburst was made public there has been ‘more anger’ at the already ‘tense’ production.

It was also previously reported that the star scolded workers who flouted social distancing rules while filming at Warner Bros. Studios. 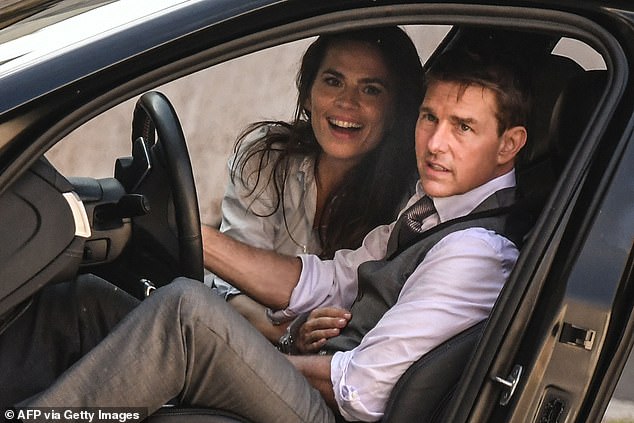 A wrap: Mission: Impossible-7 was hit by a series of delays to filming amid the pandemic (Tom Cruise is seen filming with co-star Hayley Atwell in Rome in October)

Invoking the no-nonsense attitude of his character, Ethan Hunt, the actor is said to have told them: ‘If I see you doing it again, you’re f***ing gone’.

The paper said the dressing down was recorded on an audio tape, in which he is heard to add: ‘And if anyone in this crew does it, that’s it — and you too and you too.

The American actor was reportedly angered after seeing the pair stood less than a metre away from each other at a computer screen.

MailOnline contacted representatives for Tom Cruise at the time.

Last month, director Christopher McQuarrie posted on Instagram that production on Mission Impossible had finally ended in Abu Dhabi and he was heading ‘back to London for a few finishing touches.’

The delays due to the pandemic, however, mean that star Cruise’s plan to go straight into filming an eighth movie have had to be shelved, Deadline.com reported.

M:I-7 is slated for release on November 19. But before that, Cruise has another major movie opening – his sequel to Top Gun.

Top Gun: Maverick is opening in theatres on July 2 and Cruise will be required to be available to promote the movie worldwide.

That means he can’t start making the eighth movie in the Mission: Impossible franchise straight away as he had wanted to.

The eighth film has been listed by Paramount for release in November 4, 2022 but it looks likely that that date will now have to be pushed back. 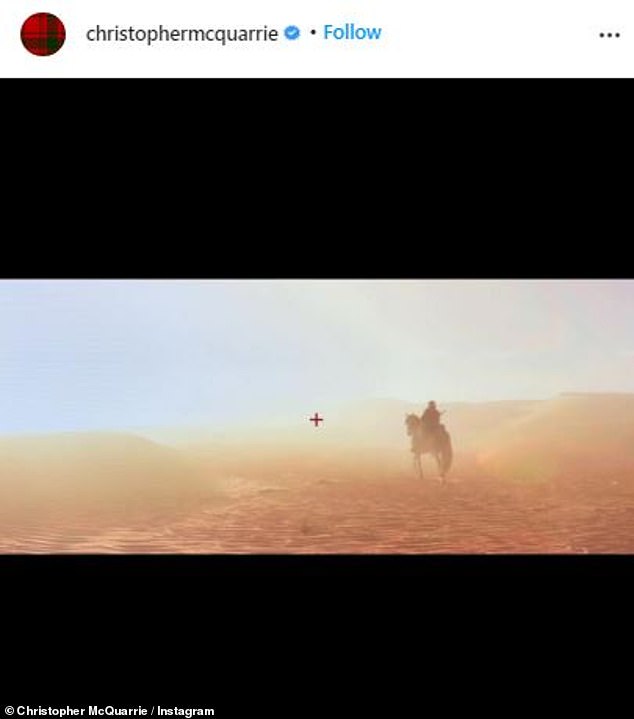 Nearing completion: McQuarrie posted a stunning shot and said filming had wrapped after a stint in Abu Dhabi and he was heading to London to put a ‘few finishing touches’ to the project