‘Vanderpump Rules’ stars Katie Maloney & Tom Schwartz were spotted at the same TomTom-hosted party over the weekend, causing fans to wonder if there’s any truth to recent breakup rumors.

Rumors continue to swirl about Vanderpump Rules stars Katie Maloney, 35, and Tom Schwartz, 39, calling it quits, but they were spotted at the same party this weekend at TomTom. The couple, who wed on the Bravo show in 2016 and made their union official in 2019, were spotted in Instagram photos of TV producer and writer Phoebe Fisher for her birthday, causing fans to wonder if break-up speculation was merely just speculation.

Although the pair wasn’t photographed together, they both seemed to be enjoying the celebration alongside other familiar faces such as their VPR co-stars Stassi Schroeder and James Kennedy.

Fans began to become suspect of the marital status of the “Bubbas” after Katie shared a photo of herself and Stassi on March 11, her wedding ring noticeably absent. The photo (above), captioned, simply, “Dirty Martinis,” brought about a slew of conjecture in the comments section.  “No ring….when are you going to make a statement (verbal that is) because the last few posts shows no ring,” wrote one concerned follower, as another posted”👀 no 💍?! Whatever is going on I hope you are good.” Yet another cut to the chase and said, “So it is true Katie and Tom are getting a divorce?” 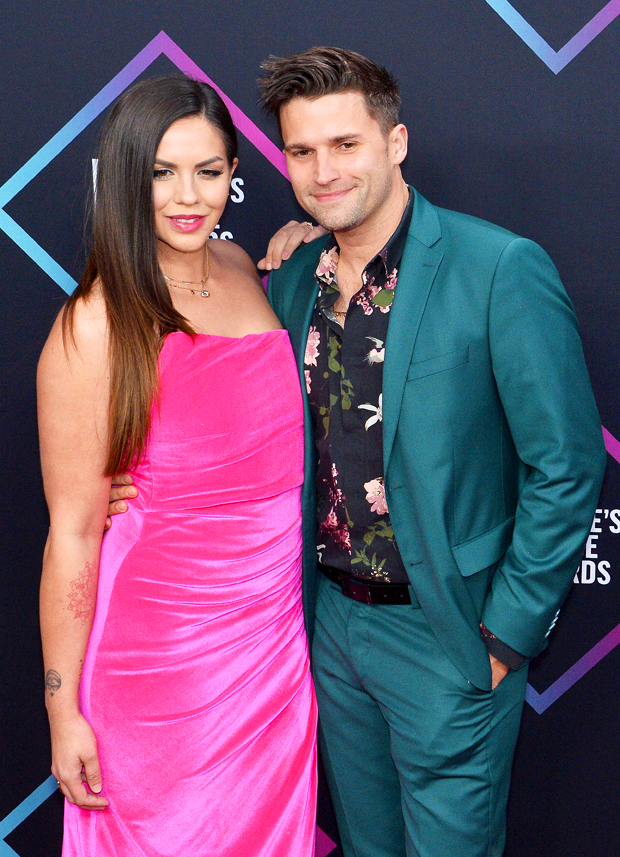 Moreover, an unconfirmed source close to the couple told The Sun that the pair was “flip-flopping” about whether or not to stay in the relationship, but ultimately decided to spend time apart as they figured out their future. “Katie and Tom have split and gotten back together and split and gotten back together,” the source claimed. “They’re currently not together, no.”

The insider went on to say Katie is “doing her own thing right now” and that the former couple is “still cordial” and “go to the same events” due to their mutual friend group. “She hasn’t filed for divorce yet but it’s been discussed,” the insider went on. “They’re just taking time apart right now and seeing what happens.”

Despite these reports, neither party has confirmed a split or separation. HollywoodLife has reached out to both Katie and Tom’s reps for comment.