Insiders on the UK's hit new BBC show Wanderlust have a message for star Toni Collette: "You're terrible, Muriel."

According to The Sun, the Sydney actress "outraged cast and crew" on the set of the BBC drama with "diva-like antics".

The tabloid quoted "insiders" on the show who said Collette had "heated disagreements" with directors on set and shouted at her personal assistant for bringing her the "wrong brand of organic vinegar".

"She was rude to staff, belittled people, and acted like she ruled the roost," The Sun's source claimed.

Collette, known for her work in Muriel's Wedding and The Sixth Sense, finished filming the series in Manchester in February.

Her on-set behaviour was so notorious, the source added, that crew members would joke about "what mood we were going to get that day". 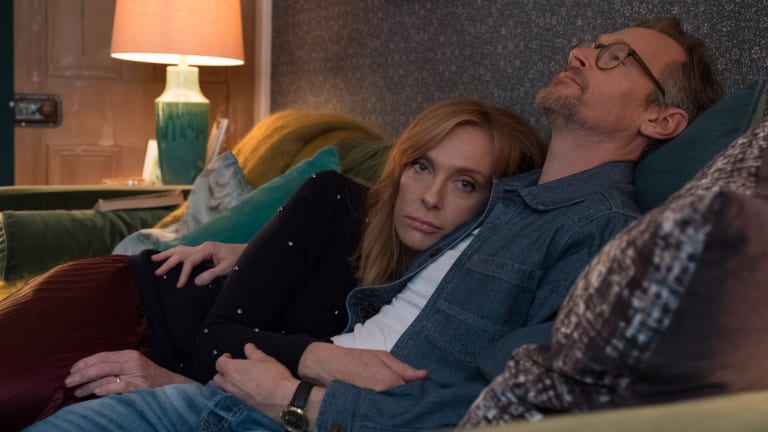 "You expect a level of drama with lead characters and Hollywood types, but she was just a whole new level," the source said.

Collette, 45, caused headlines last month ahead of the show's premiere when she claimed it would feature the "first female orgasm" ever to air on BBC's lead channel.

The risque series stars Collette as a married therapist who convinces her husband they should sleep with other people to reignite their sexual spark.

"It's so honest and fresh in the way women are portrayed," she told the UK's Radio Times. "A middle-aged women's sense of self-esteem, of sexuality, is not often talked about."

The series debuts locally on Netflix on October 19.