Tori Spelling says she was bullied for her looks after finding fame as a teen on Beverly Hills, 90210

She found fame after being cast in Beverly Hills, 90210 produced by her TV mogul dad Aaron Spelling.

But in an Instagram post, Tori Spelling claims she was bullied for her looks after becoming a teen celebrity.

On Sunday, the 47-year-old shared three photos to social media along with a very lengthy caption in which she explained how her eyes in particular were subjected to ridicule. 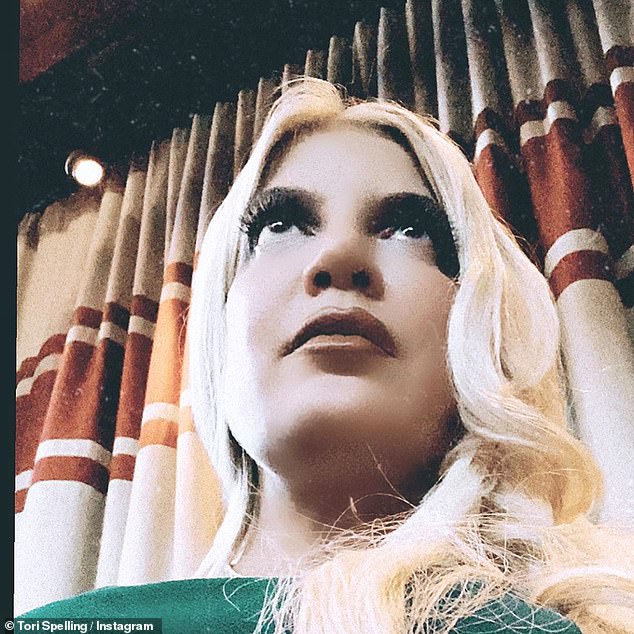 Hurtful: Tori Spelling shared this selfie to her Instagram along with a lengthy post Sunday in which she spoke about being bullied for her looks after becoming famous in her teens

‘When I started 90210 at 16 I was filled with low self confidence. Then, internet trolls ( yep we had them back then too!)called me frog and bug eyed.’

Tori went on: ‘Being put under a microscope as a young girl in her formative years was hard. I spent years begging makeup artists on my shows and movies to please try to make my eyes look smaller. I would cry over my looks in the makeup trailer chair.’ 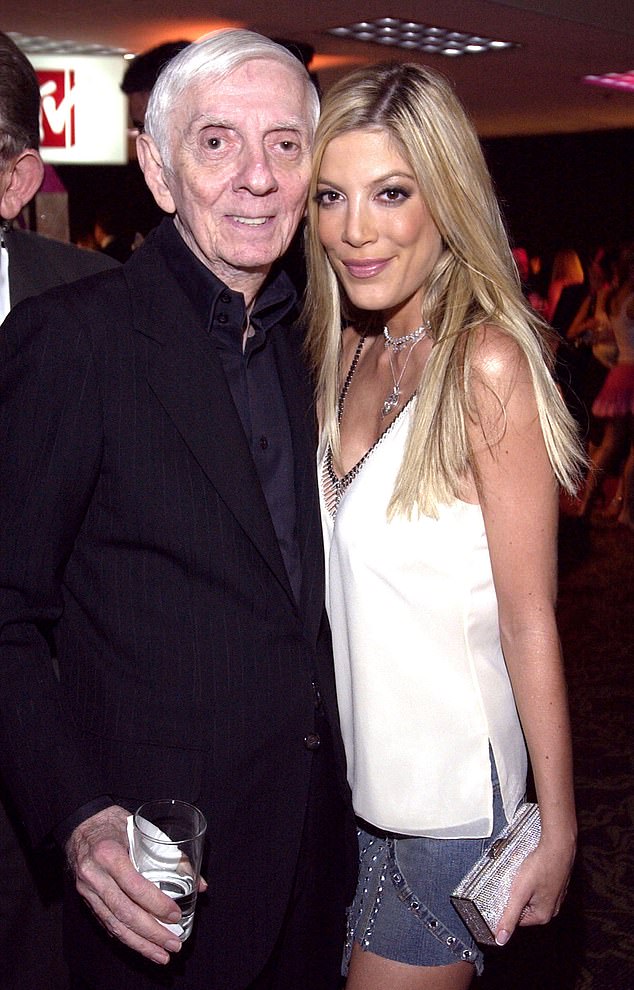 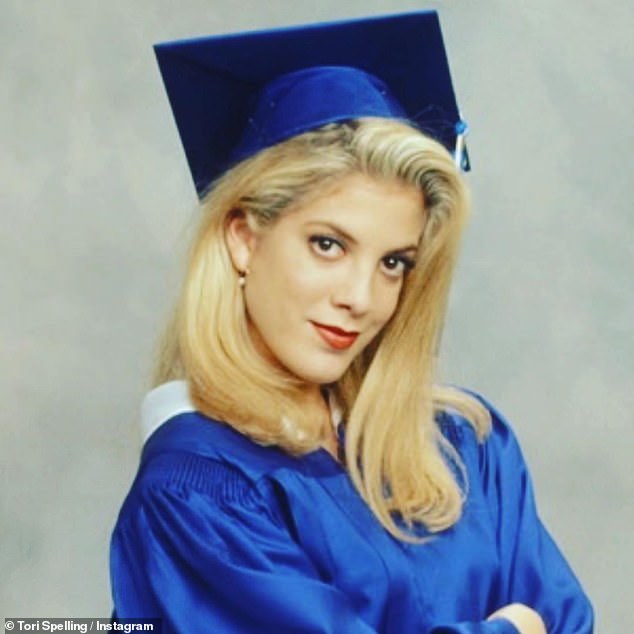 ‘Called me frog and bug eyed’: ‘I used to hate my eyes,’ she wrote. ‘I spent years begging makeup artists on my shows and movies to please try to make my eyes look smaller’ 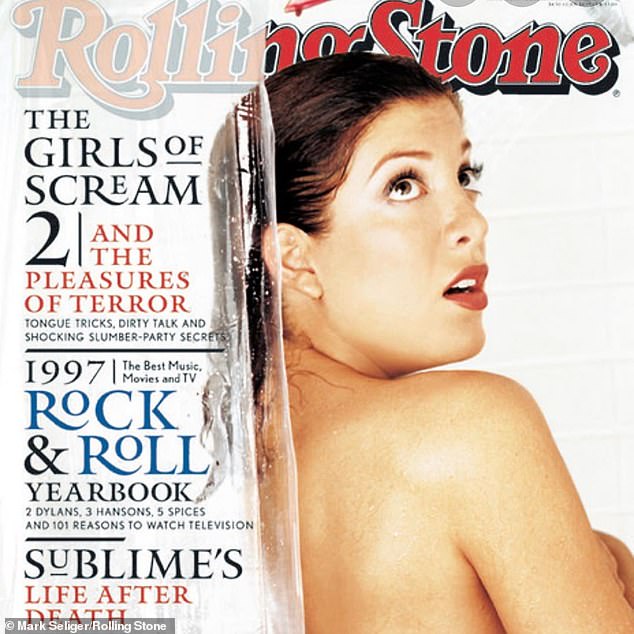 ‘I didn’t start to realize what an asset my eyes were till I did Scream 2 and the cover of Rolling Stone reenacting the iconic shower scene from Psycho,’ Tori said. ‘My eyes made that photo’

Explaining that her mega-rich dad always used to say that ‘eyes are the windows to your soul,’ the actress and reality star shared that she started to think differently about how she looked after getting a small role in 1997’s Scream 2.

‘I didn’t start to realize what an asset my eyes were till I did Scream 2 and the cover of Rolling Stone reenacting the iconic shower scene from Psycho,’ Tori said.

‘My eyes made that photo. They showed the emotion I was “feeling in my soul” in that picture.’

However, she went on, the bullying she says she received continues to affect her and makes her self-conscious. 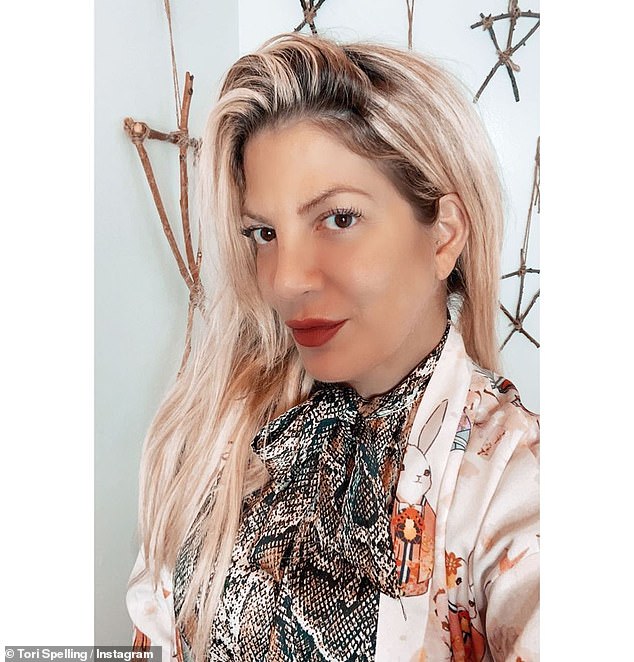 Her choice: She also explained that she deliberately poses with one side of her face to the camera after ‘years of hurtful comments’ about her looks

‘Many people ask why I only show one side of my face. Some write hurtful things. Yes, it is a choice. My choice. Because, a vulnerable innocent excited girl showed all of her face at 16 and was eaten alive,’ she wrote.

‘Choices about my looks were made for me by nameless and faceless accounts. Words can’t be unread. Cyber bullying existed then and it does now worse than ever. So, every time one of you ask me why I don’t look straight on in photos and videos know why I make that choice. Years of hurtful comments that I don’t even want to share to give them energy. Way worse than bug or frog eyes.’

The mother-of-five added: ‘Just remember next time that you go to comment on someone’s account regarding their face or body or choices, you don’t know them. They don’t know you. But, their soul will remember that unkind comment. It’ll be imprinted on them. Our memories can’t remember physical pain but we do remember emotional, verbal, and written pain.’

Tori has been married to second husband Dean McDermott since 2006 and they are parents to Liam, 13, Stella, 12, Hattie, nine, Finn, eight, and Beau, three.

Back In February, Tori had complained on her Instagram about how her two eldest children had been mercilessly bullied at their schools.

And in February 2019, in an interview with UsWeekly, she lashed out at those she claimed were ‘body shaming’ her children. 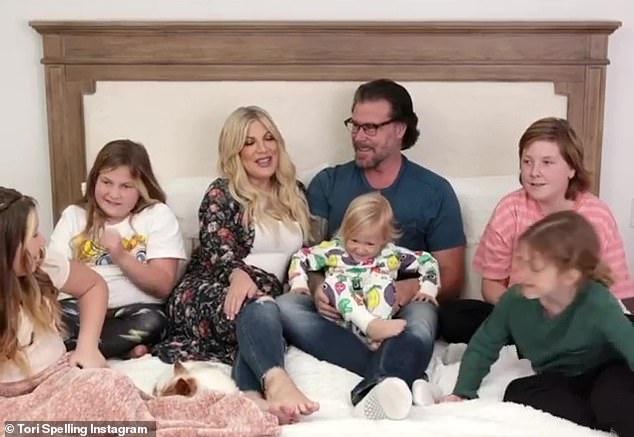 Her family: Tori, who shares five kids with husband Dean McDermott, has previously spoken out about how her children have been bullied at school and also ‘body shamed’