Terry Crews is opening up like never before. In Tough: My Journey to True Power, his first new book since 2014’s Manhood: How to Be a Better Man — Or Just Live with One, the Brooklyn Nine-Nine star and former NFL player shares deeply personal and revealing stories about everything from his financial struggles to getting recruited by a Christian cult.

For the 52-year-old, it’s not about pointing fingers or looking at what everyone else is doing. “It’s all about the mistakes I’ve made,” Crews says, explaining that toughness is a concept that comes from within and finding the courage to face your fears.

He adds, “It’s really about being able to do the things you don’t want to do until you want to do them.” And in the memoir, Crews does just that. He recounts missteps he’s made at various points in his life and reexamines how he got there — and then how he overcame them.

Ahead of its April 2022 debut, ET spoke to Crews about the book alongside an exclusive first look at the cover. 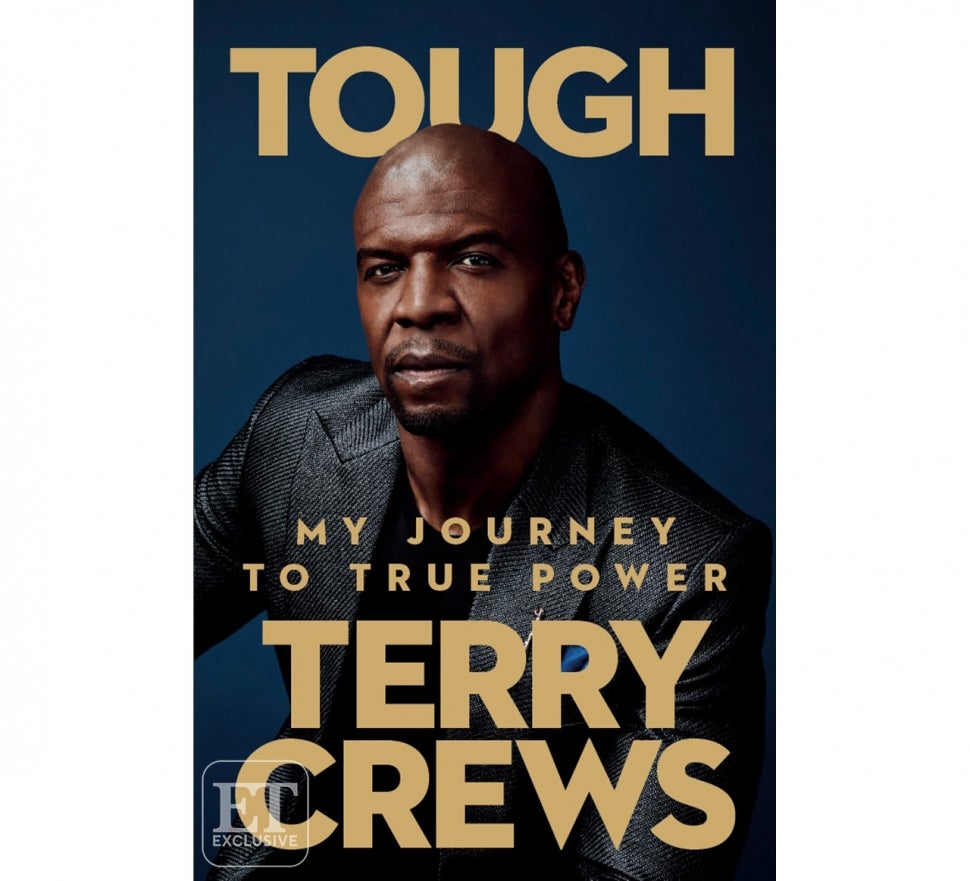 ET: How would you describe your book?

Terry Crews: There are several different topics that I take on in this book, be it religion, be it a relationship, be it money. There are about eight to 10 different subjects I take on and basically how undisciplined I was in almost every one of those subjects, and the self-discipline that is required in order to really make these things work for you in your life. And the big thing is, Tough is really about self-discipline because one thing I realized is that that’s the only discipline that actually works.

And it’s a wake-up call. And I’ve had several different wake-up calls in my life and several near disasters that I have avoided. I’m very hopeful that this book — it may not help everybody — but there will be something in there that you could say, “Oh my God, this was revolutionary for me.” I’ve always been about self-reflection and that’s the real thing that’s helped me.

Can Brooklyn Nine-Nine fans, or even fans of your NFL days, look forward to any untold or unexpected behind the scenes moments in this book?

Oh, definitely. The whole book, in various ways, is all story-driven through different anecdotes, different stories that I have had experienced during my life. I’ll be brutally honest here: In regards to religion, there was one time in my life that I was in a Christian cult, which was wild.

And this is something a lot of people don’t know about me. But I was literally manipulated by different things that I allowed into my life that I shouldn’t have. And it’s one of those things where I wanted things easy, I wanted someone else to tell me what to do, you know? And I was susceptible to that because I wasn’t willing to be tough enough to find out my own answers. And it allowed me to be manipulated.

Another example is I found I was doing things for my parents. I was leading a life that I thought that they would like as opposed to a life that I always wanted. And there was a big kind of a breakup that had to happen. Once I started to exercise my own will and everything, my parents didn’t like what I had to say. It was hard.  And like I said, those are the things you have to be discovering.

For fans who read Manhood, what sets the two books apart?

First of all, Manhood is really a retrospective on the first wake-up call I ever had, which was literally the fact that I believed simply because I was a man, I was more valuable than every woman in my life. And because I had that erroneous belief, it had really just developed into so many problems in my life that actually I didn’t see as a problem until everything came crashing down.

Now, Tough deals with all the other things that kind of changed from that. The reference I used to make is that I felt like I was falling off a cliff and I hit the ground. But I actually had just hit the edge and I had to keep falling. It was like, boom, boom, boom, and you start to see that one thing affects another and another.

The fact that I felt this way towards women also affected the way I dealt with my money. I felt like I had to prove things and spend money and show off and it created a financial issue in my life. You know what I’m saying? And it just keeps going and It becomes this domino effect. And Tough deals with the next chapters of my life. It’s almost a sequel is how I would like to put it.

Did the Me Too movement or Black Lives Matter movement help you find the courage to tell certain stories in this memoir?

Yes, absolutely. I find that now more than ever, we have become sort of susceptible to “group think” because to have an unpopular opinion feels like you’re being crucified. It’s really not about judging other people — but what’s wrong is wrong — but at the same time we have to learn how to disagree. What’s so amazing to me is now everyone has to agree on the same thing or you’re ostracized. But my thing is, if there’s another viewpoint that could actually open up a better conversation, we need to have it.

But right now, all dialogue, all nuance, all subject has been ruled out. And it’s a very dangerous thing. We have to find a way to be able to talk to each other without being at each other’s throats, that’s just what we have to do. It’s all about respect for each other and it’s all about empathizing with one another. You don’t have to agree, but you can understand where I’m coming from.

That said, why is it important to tell this story now?

You mentioned the #MeToo movement and you mentioned Black Lives Matter, you mentioned these kinds of things that have happened over the last couple of years that I’ve been on the forefront of in a lot of ways. I think the book is perfect because if we don’t at least start to talk more about all of this then we can’t get past this. And we have to find ways to move on and, you know, ways to fix and correct what’s happened with #MeToo and what’s happened with Black Lives Matter.

All of those things are much deeper than we all realize.

This conversation has been edited and condensed for clarity.