In ‘Tully,’ Charlize Theron Comes To Terms With Adulthood Being A Sad Joke

When we first see Marlo (Charlize Theron) in “Tully,” she is trudging down the stairs of her compact suburban home. Slippers enter the frame. Then come pink pajama pants, a pregnant belly and, finally, a labored expression. Is it exhaustion? Stress? Despondency? All of that and more: Marlo has two grade-school kids, a newborn on the way and a husband (Ron Livingston) who escapes to their bedroom at night to play video games. “My body looks like a relief map for a war-torn country,” she later says when asked about her dormant sex life.

Marlo keeps trudging, and “Tully” hovers around her quest for inactivity ― a moment’s quiet, a dollop of extra-motherly fulfillment.

Theron’s previous collaboration with writer Diablo Cody and director Jason Reitman, 2011′s “Young Adult,” posited the reverse concept. When we first meet Mavis, Theron’s boozy cherry bomb, she is passed out in bed, facedown, still wearing the cups she’d stuffed inside her bra the night before. Mavis drinks because there is too much inactivity in her life: not enough progress on the YA series she ghostwrites, few meaningful relationships, no self-control.

“Tully,” opening in theaters this weekend, and “Young Adult” share a common thread beyond their creative architects. Both are dramedies about depression. Mavis and Marlo struggle in different ways to compartmentalize the loneliness they suffer and the exasperation brought on by the circumstances of their grownup lives, which snuck up like bandits in the night, pilfering their girlish insouciance. In high school, Mavis was the queen bee ― but what happens to the person who peaked at 17? As a 20-something living in Brooklyn, Marlo was a free spirit unburdened by so-called responsibilities ― but what happens to the person who, at 40, realizes she traded fleeting childlike liberation for the permanence of a nuclear family? (Her disappointment would be justified if she’d ever had any real aspirations, Marlo laments.) 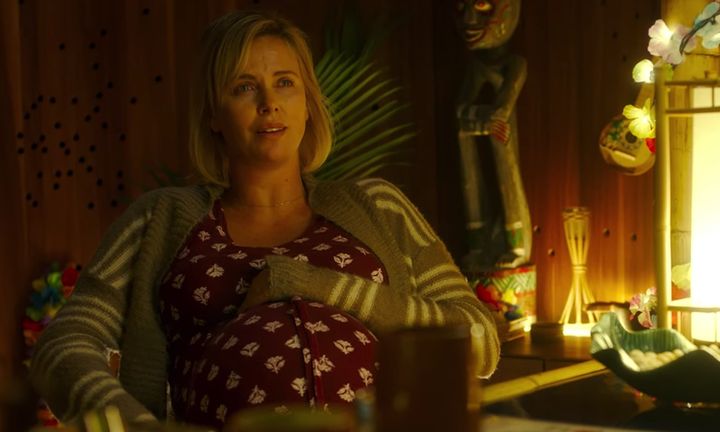 Lost youth is one of Hollywood’s favorite themes. How many times have we seen characters return home, like Mavis and Marlo do, to retrace the nostalgic steps of their former selves? The throughline from “The Graduate” to “Garden State” persists in countless movies ― so much so that, in “Young Adult,” Mavis tells an old classmate of inferior social stature (Patton Oswalt), “But love conquers all. Haven’t you seen ‘The Graduate’?”

Therein lies the rub, and the nuance. Mavis misinterprets the point of “The Graduate,” hence why her attempt to woo a now-married-with-a-tyke high school flame (Patrick Wilson) is as punch-drunk and misguided as Benjamin Braddock interrupting Elaine Robinson’s wedding and sailing off with her into the unpaved future.

But where Mavis was often blind to the realities of her depression, Marlo is reminded of hers at every turn. She has to call her kids a “blessing” because that’s what loving moms do. She has to reduce feelings about her body to punchlines because women aren’t supposed to express earnest resentment about the defects of having children. When Marlo’s husband drives her to the hospital to give birth, Reitman places the camera in the backseat; we mostly see the rain sloshing across the windshield on what is meant to be a joyful occasion.

Hoping to avoid a “repeat” of “last time” ― a nod to the postpartum blues that hit Marlo in the past ― her brother (Mark Duplass) recommends she hire a “night nanny.” (“Everybody does it,” he insists.) In comes Tully (Mackenzie Davis), a 26-year-old manic pixie dream babysitter who relives Marlo of her p.m. infant duties, bakes the older kids cupcakes and tidies Marlo’s cluttered home so it looks spotless come daylight. (“I’m like Saudi Arabia! I have an energy surplus,” she insists.) Ah, the power of sleep. As if struck by a dose of magical realism, Marlo suddenly has energy, verve, a sex drive. But something else occurs, gradually: She realizes that Tully epitomizes the 20-something zest she still yearns for ― the halcyon days when she ambled through Bed-Stuy, socialized at all hours, flitted from one half-commitment to the next, embraced the potential toxicity of over-invested friendships. 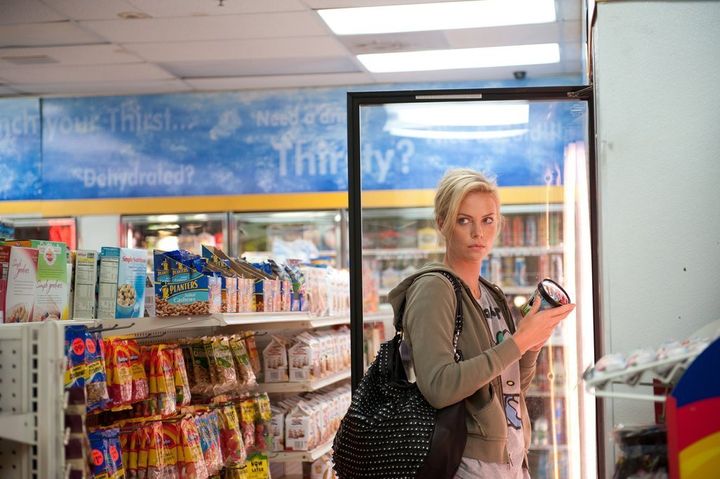 In “Young Adult,” Mavis’ efforts to flaunt her good side ― to conceal the acerbic word vomit ― in hopes of reigniting a lost love make her more and more bitter, to the point where she eventually explodes, yelling invective in the middle of her crush’s baby-naming ceremony, to which she barely received an invitation in the first place. It’s that explosion, and the awareness that she blew the one desire she really had, that finally prompts her to question her condition, even if only briefly. “Young Adult” ends with a juxtaposition: Mavis gives the narrator of her novel the sunny closing line “Life, here I come,” words she recites while peering at her car’s smashed fender. She’s gained a little hope, but reality is still crushing. Will anything change? You decide.

But “Tully,” the more sophisticated of the two, builds toward a more definitive upbeat. It turns out Tully’s life isn’t as enviable as Marlo imagined, and after the pair galavant through Brooklyn so the latter can reclaim her youth, she awakens with a broader lease on life. “Young Adult” pulls no punches about Mavis’ inability to reconcile her depression, but Marlo, a mother and wife and employed human resources professional, is haunted by the idea that she’s supposed to be satisfied. The realization that maybe she’s better off in this phase of her existence, and that maybe it’s OK to be resentful about her kids sometimes ― notions born of a third-act twist that surpasses the movie’s manic-pixie trappings ― lends “Tully” its optimistic aura.

“Tully” also marks Cody and Reitman’s creative evolution. (They’ve both seen highs and lows in recent years; this the best thing either has done in a while.) Their partnership began with 2007′s “Juno,” a tender but overwritten confection whose twee appeal requires it to end hopefully. To see this transition, from the biting melodrama of “Young Adult” to the gauzy existentialism of “Tully,” is to witness Cody and Reitman’s storytelling mature, even as it’s still anchored by Theron’s marvelous subtleties. Like Marlo, they’re grownups now. The relics of their younger days are worth revisiting, but this is the sweet spot.