Trump’s use of Twitter is usually very effective: Howard Kurtz

For the first time, Twitter has flagged some of President Donald Trump's tweets with a fact-check warning.

On Tuesday, Twitter added a warning phrase to two Trump tweets that called mail-in ballots “fraudulent” and predicted that “mail boxes will be robbed,” among other things. Under the tweets, there is now a link reading “Get the facts about mail-in ballots” that guides users to a Twitter “moments” page with fact checks and news stories about Trump’s unsubstantiated claims. 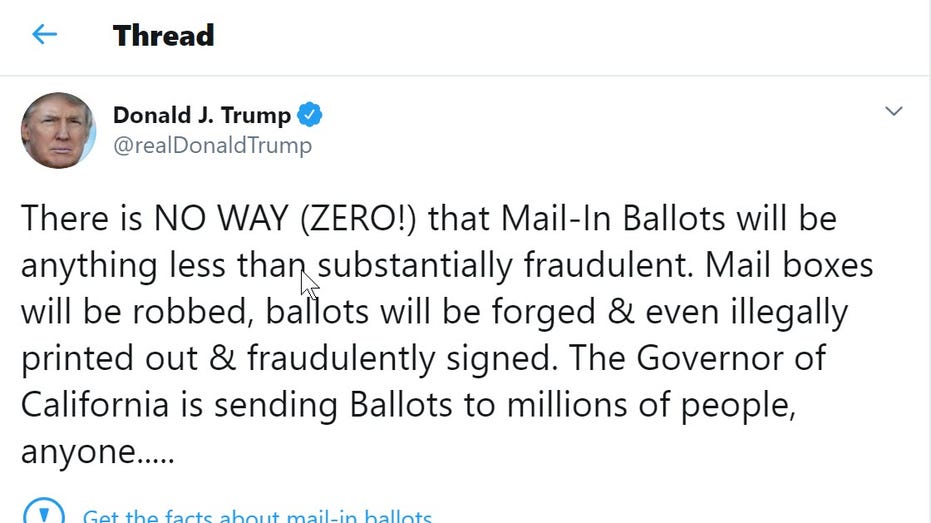 The president responded shortly after the social media company made the move — of course on Twitter. He accused Twitter of "interfering in the 2020 Presidential Election."

Twitter's move comes after years in which the company declined to apply its community guidelines and other rules of the road to the 45th U.S. president. It’s too soon to tell whether this action represents a turning point for Twitter in its treatment of Trump. But the warning labels suggest that the president has finally crossed a line that the company was not willing to move for him.

The husband of a woman who died by accident two decades ago in an office of then-GOP Rep. Joe Scarborough demanded on Tuesday that Twitter remove the president’s tweets suggesting Scarborough, now a fierce Trump critic, killed her. 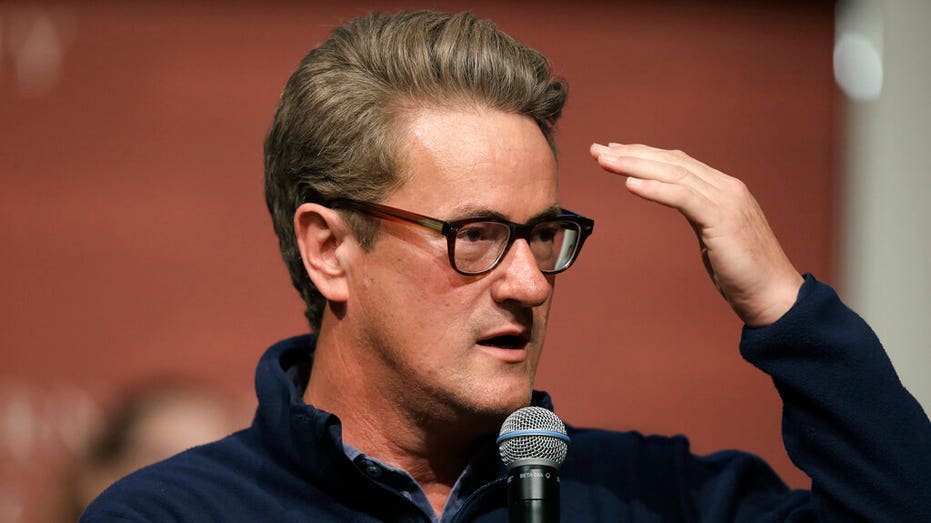 FILE – In this Oct. 11, 2017, file photo, MSNBC television anchor Joe Scarborough takes questions from an audience at forum at the John F. Kennedy School of Government, on the campus of Harvard University, in Cambridge, Mass. The husband of a woman w

The body of Lori Kaye Klausutis, 28, was found in Scarborough’s Fort Walton Beach, Florida, congressional office on July 20, 2001. Trump has repeatedly tried to implicate Scarborough, a host of MSNBC’s “Morning Joe” show, in the death even though Scarborough was in Washington, not Florida, at the time.

It's the latest instance in which the president has blown past Twitter's half-hearted attempts to enforce rules intended to promote civility and “healthy” conversation on its most prominent user. Trump frequently amplifies misinformation, spreads abuse and uses his pulpit to attack private citizens and public figures alike, but has never faced Twitter sanctions on his account.

Klausutis wrote in his letter that he has struggled to move on with his life due to the ongoing “bile and misinformation” spread about his wife on the platform, most recently by Trump. His wife continues to be the subject of conspiracy theories 20 years after her death.

Klausutis said in the letter, sent last week, that his wife had an undiagnosed heart condition, fell and hit her head on her desk at work. He called her death “the single most painful thing that I have ever had to deal with" and said he feels a marital obligation to protect her memory amid “a constant barrage of falsehoods, half-truths, innuendo and conspiracy theories since the day she died.”

Trump's tweets violate Twitter’s community rules and terms of service, he said. “An ordinary user like me would be banished,” he wrote.

At Tuesday’s White House briefing, press secretary Kayleigh McEnany repeatedly refused to say why Trump was pressing the unfounded allegations or whether he would stop tweeting about them. Instead, she focused on remarks that Scarborough made about the case that she said were inappropriate and flippant.

In a statement, Twitter said it was "deeply sorry about the pain these statements, and the attention they are drawing, are causing the family.”

Twitter recently started labeling misleading tweets when they are about COVID-19 and was mulling to expand the process more broadly.

In general, Twitter has taken a hands-off approach to political leaders, contending that publishing controversial tweets from politicians helps hold them accountable and encourages discussion. Last year, it said it would consider slapping warning labels on some tweets by world leaders, noting that such individuals rules “aren’t entirely” above the rules.