Tyler, the Creator and Machine Gun Kelly are featured in the new Jackass Forever trailer.

On Tuesday, July 20, the official full trailer was shared for the long-awaited fourth full-length “Jackass” film, which is supposed to be the final movie in the series.

In the trailer, MGK is seen pedaling an exercise bike alongside Steve-O before being slapped out of his seat and into a pool by a giant hand contraption, while Tyler gets electrocuted during his stunt.

“Jackass” is an American reality comedy television series created by Johnny Knoxville, Spike Jonze, and Jeff Tremaine, which originally aired for three seasons on MTV between October 1, 2000 and February 3, 2002. The “Jackass” franchise grew to include five feature films, with the last one being Jackass 3D (2010).

Jackass Forever is scheduled to be theatrically released on October 22, 2021, by Paramount Pictures.

“Celebrating the joy of being back together with your best friends and a perfectly executed show to the ding dong, the original jackass crew return for another round of hilarious, wildly absurd, and often dangerous displays of comedy with a little help from some exciting new cast. Johnny and the team push the envelope even further on October 22 in Jackass Forever,” according to the official synopsis. 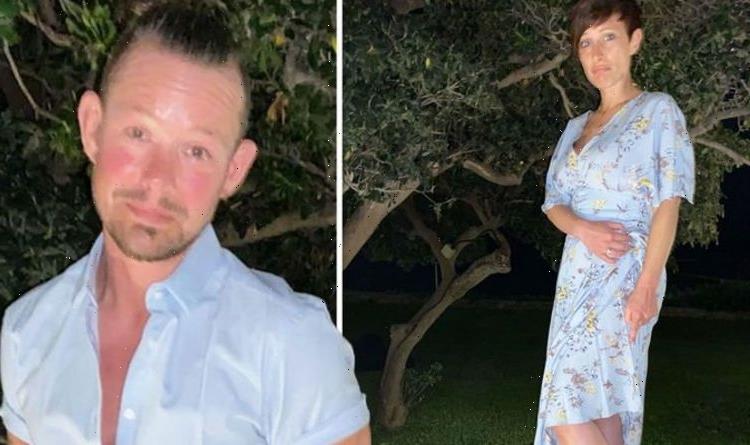