VMAs: Machine Gun Kelly and Conor McGregor get into fight on red carpet 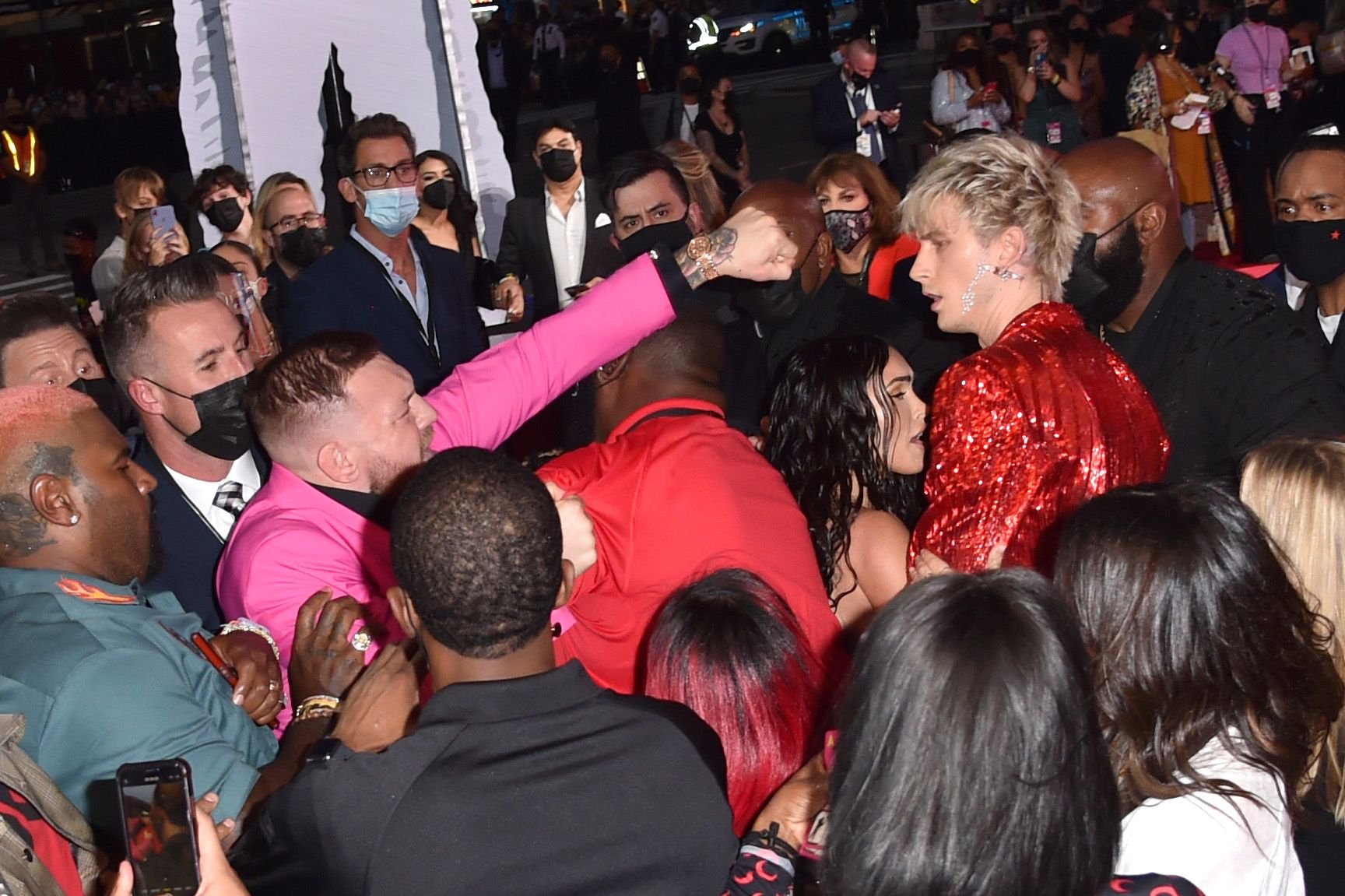 Tensions and fists flared at the MTV Video Music Awards 2021 as Machine Gun Kelly and Conor McGregor got into a fight on the red carpet.

MGK, real name Colson Baker, arrived at the star-studded awards at Brooklyn’s Barclays Center with girlfriend Megan Fox, and the couple had just begun their walk in front of photographers when chaos ensued.

UFC champion Conor, 33, was pictured with a fist in the air and reached towards the American rapper amid their scuffle. MGK, 31, looked on at the MMA fighter a little stunned as actress Megan tried to keep herself in the middle of the two.

Several security members were seen trying to hold Conor back and it doesn’t appear anyone was injured in the melee.

It’s not known exactly what caused the tension but Conor seemed to deny the event even happened.

‘Nothing happened with me, I only fight real fighters, people that actually fight, you know what I mean.

‘I certainly don’t fight little vanilla boy rappers. I don’t even know the guy. I don’t know anything about him, except that he’s with Megan Fox.’

An eyewitness also told Page Six: ‘[They] got into a fight at the top of the carpet’ and ‘had to be pulled apart.

‘They scuffled then it settled down and Conor went for him again.’

The insider claimed photographers ‘weren’t happy’ with the incident and some even threatened to ‘boycott Conor because they were worried MGK and Megan wouldn’t walk’.

Another source said security had to get involved and ‘everyone was screaming’.

‘[Conor] was ready to throw fists. Security was having trouble holding him back,’ they added.

However, Conor’s rep denied a fight took place despite the chaos seen in the photos, and told the publication: ‘Conor only fights fighters.’

Prior to this, MGK seemed to be a fan of Conor as he attended his UFC 260 fight in Las Vegas with Megan, Kourtney Kardashian and Travis Barker in March.

Megan and MGK managed to recover from the drama enough to pose for their red carpet photos as planned.

They certainly stood out from the crowd with MGK rocking a scarlet red sparkling suit, while Megan created the illusion of being naked in a see-through dress, protecting her modesty with nude-coloured underwear.

Once inside the awards, Megan joined Kourtney on-stage to introduce their respective boyfriends MGK and Travis as their ‘future baby daddies’.