Catherine O’Hara and Eugene Levy make a convincing married couple in Schitt’s Creek, but the two actors were once more than just costars!

The Beetlejuice star, 65, and American Pie actor, 73, revealed their past romance during an appearance on Watch What Happens Live With Andy Cohen as they continue to promote the final season of their Pop TV series. When a fan called in to ask if Moira and Johnny Rose had ever been an off-screen couple, their costars Annie Murphy and Dan Levy sat behind them shocked.

“There’s nothing sexier than laughing together and having someone who makes you laugh,” O’Hara told host Andy Cohen on Thursday, January 23. “Everybody at Second City theater tried to date everybody. Like, ‘Oh, he makes me laugh, I should go out with him.’ We did maybe one or two dates.” 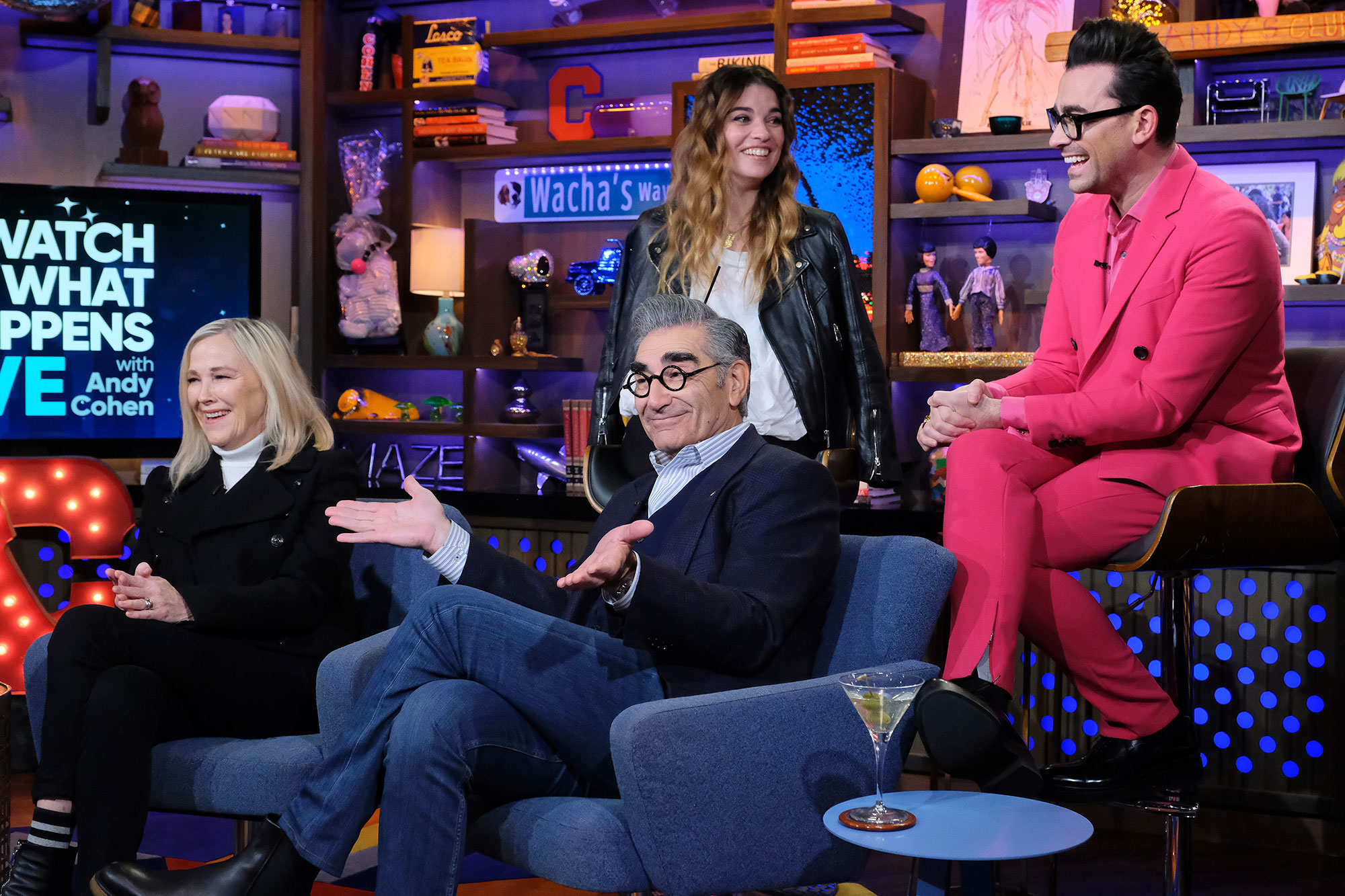 The actors have a long history, having worked with each other at the iconic improv comedy theater and SCTV sketch series during the 1970s. Later in their careers, they starred together in Best in Show (2000) and A Mighty Wind (2003). Despite their very brief fling, their strong connection as screen partners never faltered.

“Thank goodness he’s a gentleman,” O’Hara explained on WWHL. “He’s always been a gentleman and we get to have this working relationship because we didn’t go anywhere [serious].”

O’Hara and the Schitt’s Creek co-creator play a privileged pair on the celebrated Pop TV series. Moira and Johnny immediately appear out of place when they’re forced to leave their luxurious lives and move to rural Schitt’s Creek, but learn to love their new small town and its quirky residents.

After six exciting seasons, the Levys confirmed that the beloved series would be coming to an end. 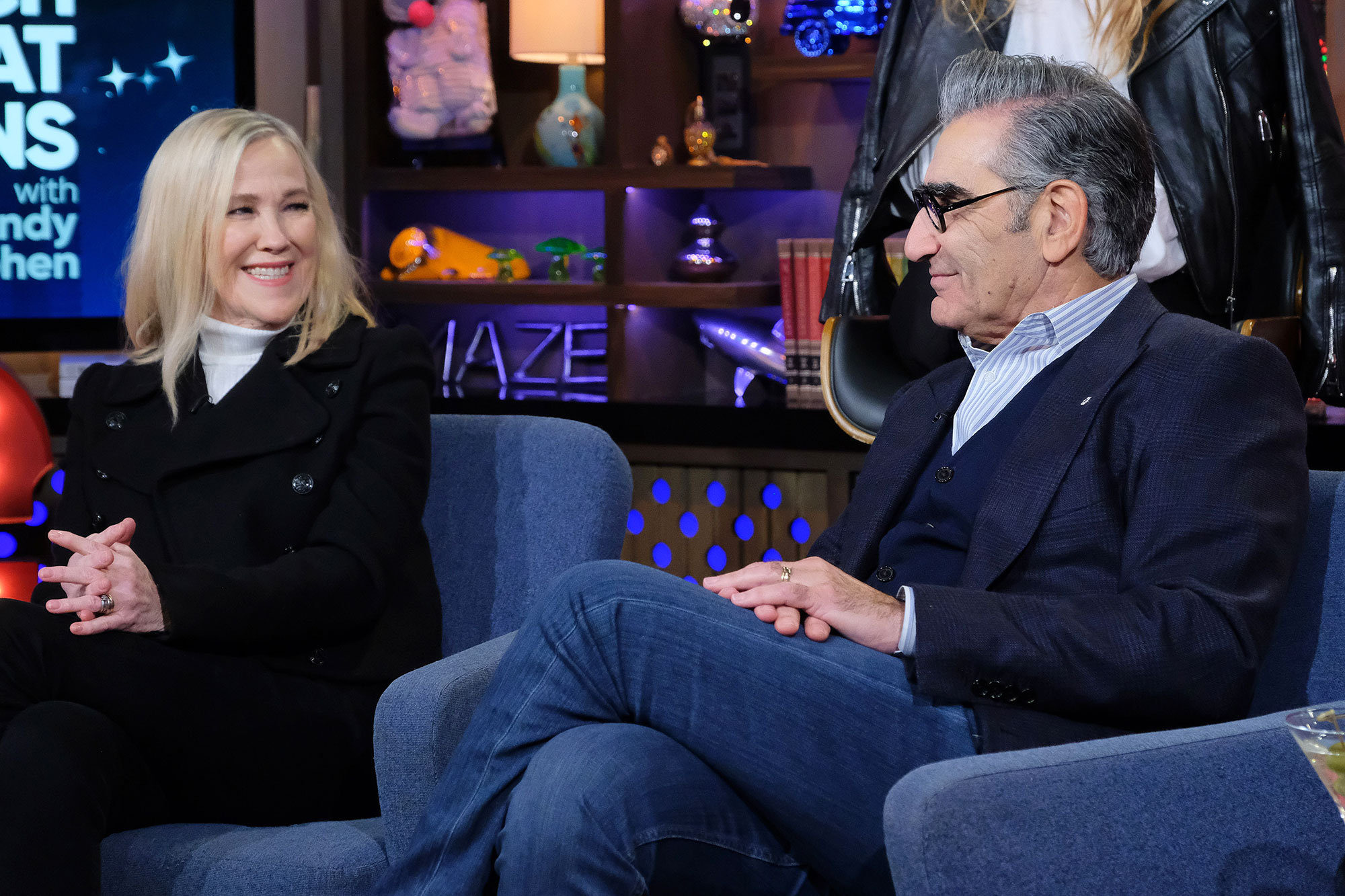 “We are so grateful to have been given the time and creative freedom to tell this story in its totality, concluding with a final chapter that we had envisioned from the very beginning,” the father-son duo wrote in March 2019. “We could never have dreamed that our fans would grow to love and care about these characters in the ways that you have.”

Catch the hilarious duo in the final season of Schitt’s Creek, airing on Pop TV on Tuesdays at 9 p.m. ET.